Millions of Gallons of Mining Wastewater Released Into Tampa Bay

The governor of Florida has declared a state of emergency in Manatee County due to the risk of catastrophic flooding from a failing containment pond at a phosphate mining site. To reduce the risk, the state's emergency management team is helping the site's operator to pump millions of gallons of wastewater into the bay near Port Manatee.

The storage pond several hundred millions of gallons of fertilizer-rich water, and it has begun leaking, likely through a tear in its plastic liner. State officials fear that it could worsen into a catastrophic collapse of the reservoir's containment system. In the worst-case scenario, the 70-foot "stack" of phosphogypsum waste - which happens to be the highest point of elevation in the county - could fail, sending a 20-foot wall of water flooding downhill.

Phosphogypsum is a mildly radioactive waste product left over from processing phosphate ore into phosphoric acid, which is mainly used in fertilizer. If its radioactivity is over a set regulatory limit, it may not be used for other purposes and must be stored indefinitely in "phosphogypsum stacks."

“What we’re looking at now is trying to prevent - and respond to if need be - a catastrophic flood issue,” said Florida Governor Ron DeSantis.

This week, the plant's emergency siphon system began discharging about 11,000 gallons per minute from the pond into the bay, sufficient to drain the pond in about 10 days' time. The objective is to relieve pressure at the site of the leak, reducing the risk of a catastrophic failure. After the water is removed, the leak can be found and dealt with. Over the weekend, the Florida National Guard and state emergency management agencies have delivered another 20 pumps to speed up the process, and as of Sunday, there were about 300 million gallons left in the reservoir.

The water that is being discharged is not itself radioactive, officials emphasized, as it comes from a lined pond sitting on top of the phosphogypsum stack. However, if the pond containment were to fail catastrophically, phosphogypsum would be part of the release, officials said.

“The water quality issues that are flowing from this [are] less than the risk of everyone’s health and safety, particularly folks that live in the area.” said Gov. DeSantis.

The discharge location is near Port Manatee's Berth 12, according to the plant's managers. The mildly acidic, nutrient-rich water could cause large-scale algal blooms in Tampa Bay, with potential negative effects for marine life, warns the environmental group Tampa Bay Waterkeeper.

According to the Tampa Bay Times, the site has leaked before. A consulting engineer who had worked on the property told the county commission last week that the liner was known to be in "not particularly great" condition, according to the paper. The consultant had previously identified cracking in the plastic liner above the reservoir's waterline, raising the possibility that similar conditions could exist below.

“This environmental disaster is made worse by the fact it was entirely foreseeable and preventable,” said Jaclyn Lopez, Florida director at the environmental NGO Center for Biological Diversity. “With 24 more phosphogypsum stacks storing more than one billion tons of this dangerous, radioactive waste in Florida, the EPA needs to step in right now. Federal officials need to clean up this mess the fertilizer industry has dumped on Florida communities and immediately halt further phosphogypsum production.” 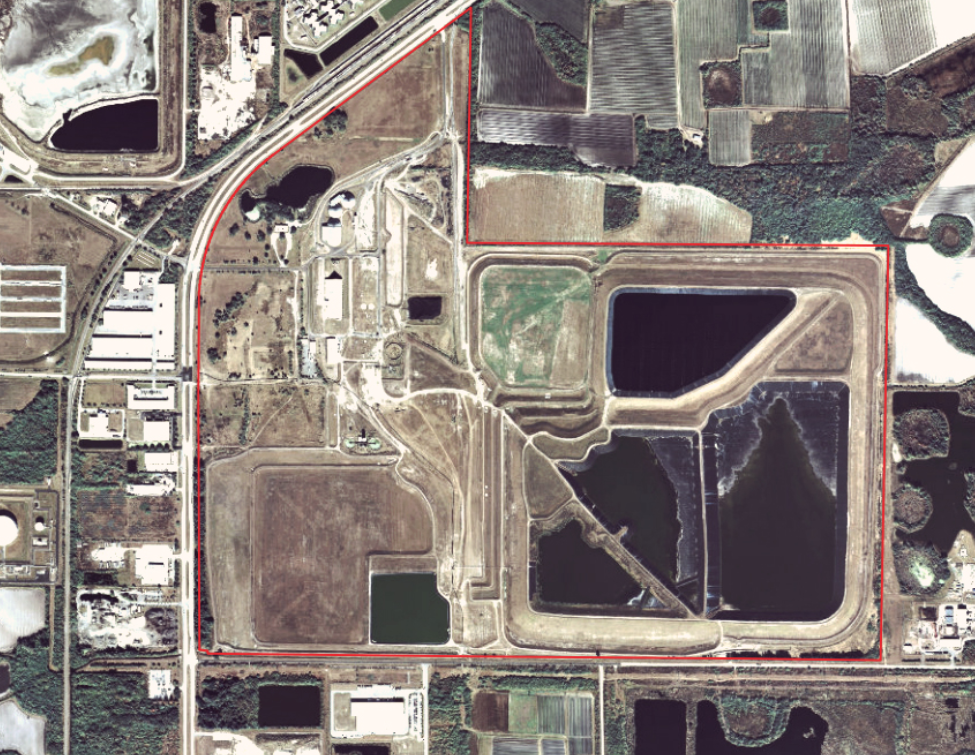