Due to COVID Lockdown, USS Stout Sets New Record for Days at Sea

How Cruise Lines are Preparing for a Post-Pandemic World

The ASEAN Defence Ministers held their 11th Meeting in the Philippines this week and agreed to act together with partners to counter terrorism and violent extremism in the region. The Ministers met with their counterparts from Australia, China, India, Japan, New Zealand, Republic of Korea, Russia and the United States to strengthen their cooperation on defense matters.

Malaysian Defense Minister Hishammuddin Hussein warned that setbacks the Islamic State has suffered in the Middle East could mean that the terrorists increasingly focus on Southeast Asia.

Mattis ‎reaffirmed his commitment to allies across the region. To improve counter-terrorism cooperation among ASEAN members, he proposed a table-top exercise to discuss lessons learned from the Global Coalition to Defeat ISIS campaign as well as a workshop on regional terrorist threats at the Asia-Pacific Center for Security Studies.

Mattis highlighted maritime security as a natural area for deeper cooperation between the U.S. and ASEAN and proposed to hold a new maritime exercise with ASEAN partners in 2018. He also wants to host a maritime security dialogue featuring regional navies and maritime law enforcement.

Mattis also stressed the importance of international cooperation to pressure North Korea on denuclearization and reaffirmed the U.S.' commitment to freedom of navigation. 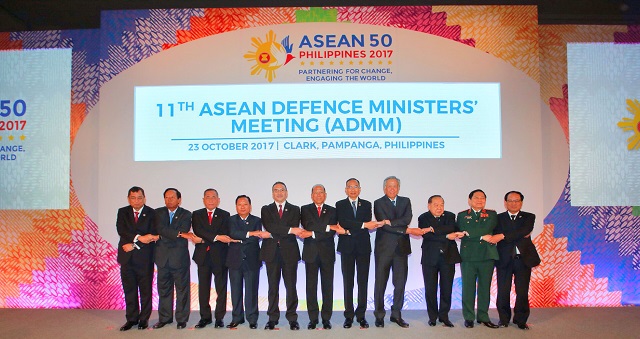 Due to a breakdown in talks between oil and gas workers' union Lederne and the Norwegian Oil and Gas Association, about 40 workers at Equinor's Johan Sverdrup offshore field have downed tools, the firm said Thursday.  According to Equinor, production continues as normal for now, and the oil major assesses that the newly-developed field can still be operated safely. However, project work has been reduced due to the strike. Last night, the Norwegian Oil and Gas Association reached a successful...

Due to COVID Lockdown, USS Stout Sets New Record for Days at Sea

For the second time this year, a U.S. Navy vessel has set a new record for the most time continuously under way. Due to COVID-19 precautionary measures, the destroyer USS Stout hit the 208-day mark while under way in the 5th Fleet area of operations, beating the 207-day record held by the carrier USS Dwight D. Eisenhower and the USS San Jacinto - also set earlier this year. For more than half of her deployment, USS Stout provided maritime security assurance...

Construction is underway on a new generation of environmentally friendly ro-ro vessels. Designed to operate in Northern Europe where the strict emissions regulations are in place, the new vessels incorporated a broad range of technologies to ensure green operations. Being built for Finnlines in the Chinese Nanjing Jinling shipyard, the three environmentally friendly hybrid ro-ro vessels will incorporate the latest technology available to ensure the lowest CO2 emissions. In addition to lithium-ion battery systems that enable zero-emission operations in port,...

How Cruise Lines are Preparing for a Post-Pandemic World

It’s no surprise or secret that the coronavirus pandemic has dealt a major economic blow to cruise ship lines. Some of the earliest, most gripping stories of COVID-19’s spread outside of China involved quarantined cruise ships searching for safe harbor in the viral storm. After some initial scrambling to bring home everyone already at sea, most cruise ships have been in port and empty of passengers, awaiting word that it’s safe to sail again.  Miami is the home port for...