The UK Marine Accident Investigation Branch (MAIB) has concluded its inquiry into a fatal accident aboard a ship assist tug at an oil terminal in Birkenhead earlier this year, and its report determined that a lack of safe boarding access substantially contributed to the casualty.

At 1730, Millgarth’s master received instructions to depart the north oil stage at the Tranmere Oil Terminal at Birkenhead to assist the ferry Stena Mersey to its berth in Liverpool. At 1748, as recorded by the CCTV camera system, Millgarth’s chief engineer, Ian Webb, opened an access gate in the tug's forward bulwark and stepped from the deck of the tug onto the north stage. He released two lines aft, then walked forward as the master moved about 10 feet ahead to take tension off the head line. Once it was released, he walked towards the gate. At 1749, he stepped over a damaged timber on the dock edge, attempted to climb down onto a fender on the dock face, then fell over backwards into a gap between the fender and the pier. He was wearing a full set of personal protection equipment, including a helmet, safety boots, high-vis jacket and auto-inflating lifejacket. 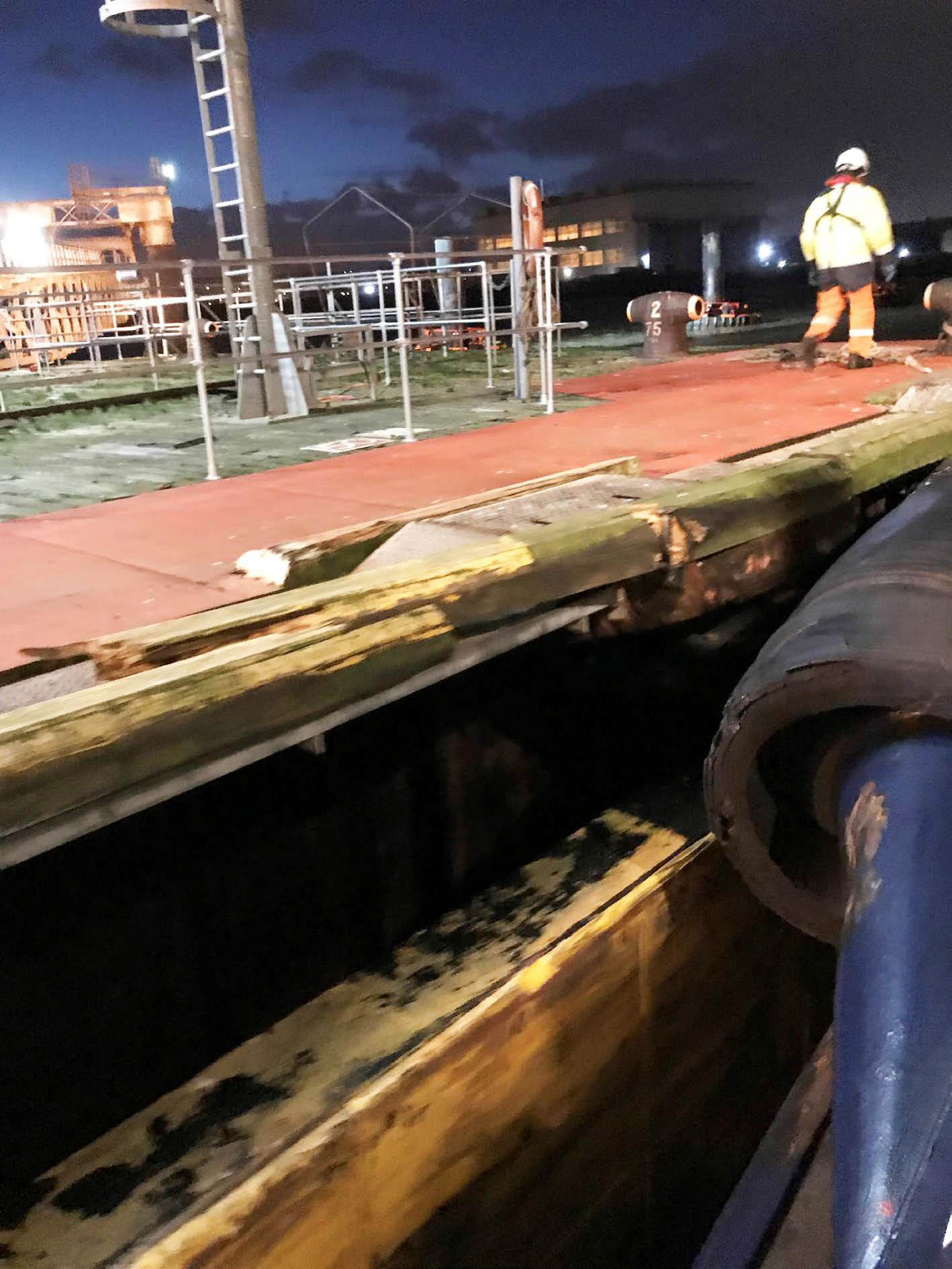 Webb walks forward to release the head line approximately one minute before the fall. The gap between the dock edge and the dock-face fendering system is visible at lower right. (MAIB) 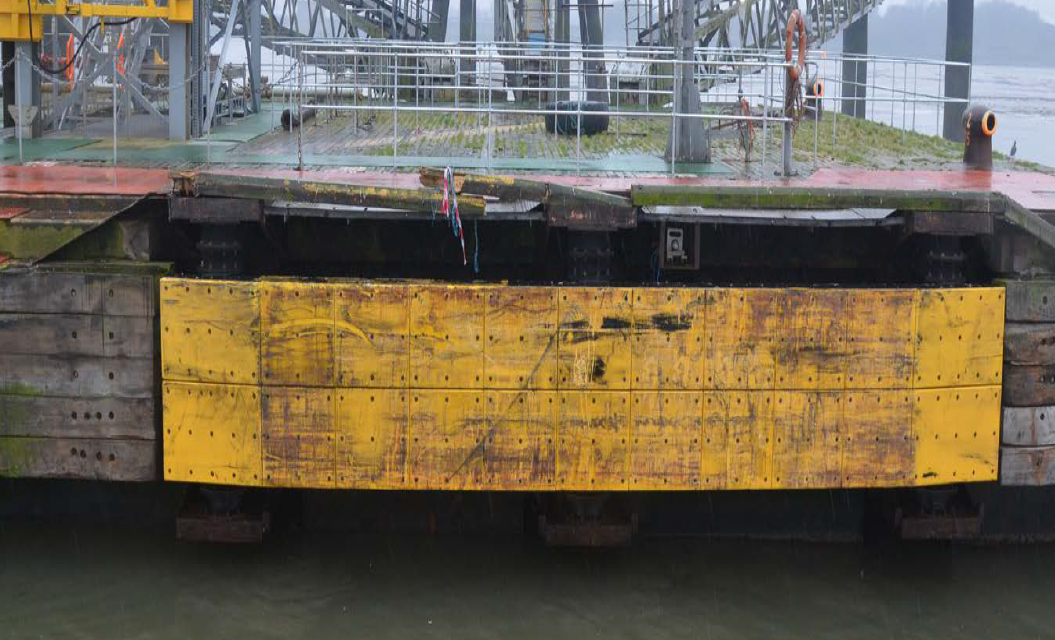 The dock-face fendering system was coated with non-skid on top to facilitate tug crewmembers' traverse. The location of the engineer's fall is marked with flagging tape. (MAIB)

Seeing the engineer in the water, the master pulled away from the pier to make room for a rescue attempt. After several throws, the crew tossed Webb a lifering with line attached. He was able to hold on as they pulled him alongside to the built-in ladder rungs on the Millgarth's hull amidships. However, he was unable to climb the ladder.

Under the master's direction, two crewmembers retrieved the tug's MOB recovery sling and maneuvered it under the chief engineer's arms. They attempted to pull him out of the water but were unable to raise him further than his waist. The Millgarth was not equipped with a rescue hoist davit for the rescue sling, and the sling was intended primarily to help crew to maneuver a man-overboard into a Jason's Cradle device. According to the MAIB, the crew had not been trained to use the sling and operating instructions for its intended use were not available on board.

After about five minutes, the chief engineer appeared to lose consciousness, then slipped out of the sling and drifted away from the hull. A marine rescue boat arrived at 1811 hours, and with assistance from a tethered rescue swimmer its crew brought the engineer aboard. He did not regain consciousness, and he was declared dead at Liverpool University Hospital at 1904 hours.

In its investigation, MAIB found that accessing the tugs via the oil stage fenders at the Tranmere Oil Terminal was a common practice and was extremely dangerous, particularly in poor weather conditions like those on the night of the casualty. The lack of safe access to and from Svitzer tugs at Tranmere Oil Terminal had been recognized for at least 14 years prior to the accident and had been raised at safety committee meetings and during company inspections many times, according to MAIB. However, Svitzer UK and terminal operator Essar Oil UK did not formally identify and evaluate the shared risks associated with access to and from an unmoored tug or discuss how these could be mitigated, the agency concluded.