The Falls of Clyde, the last sail-powered oil tanker in the world, will soon return to Glasgow, the city where her keel was laid some 140 years ago.

The Clyde has been moored in Honolulu, Hawaii since 1963, and she is in deteriorating condition. A non-profit group, Save the Falls of Clyde International, hopes to move her to Scotland and restore her. It has recently reached an agreement with heavy lift firm Sevenstar Yacht Transfer to provide the transportation. She is scheduled to depart the week of February 3, 2019. 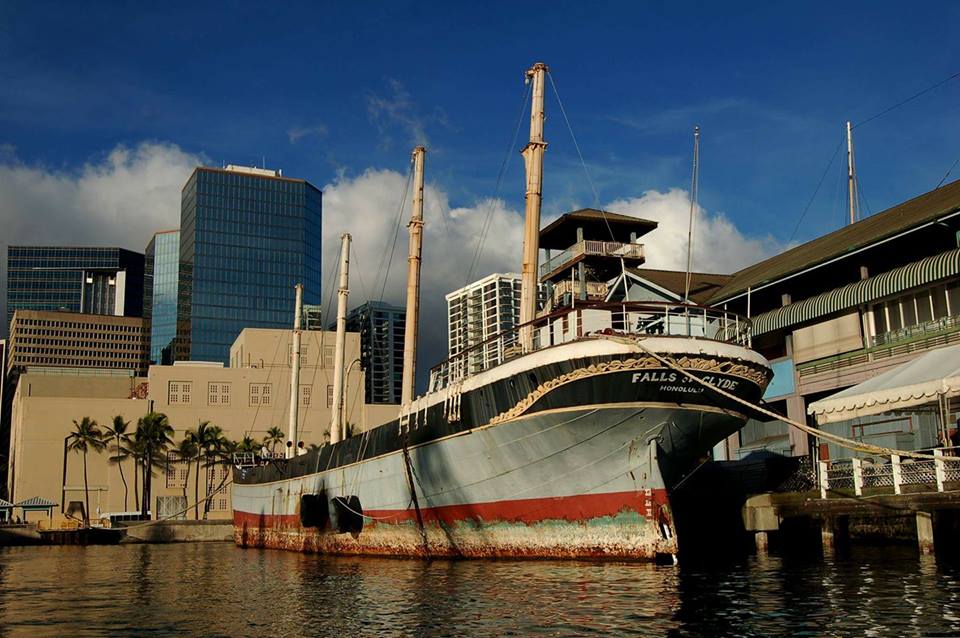 Courtesy Save the Falls of Clyde

The 285-foot long, wrought-iron cargo Falls of Clyde was built by Russell & Co. in Glasgow in 1878. She entered service as part of the Falls Line fleet, and she sailed to ports on all continents except Antarctica. In 1898, she entered in the sugar trade between Hawaii and the U.S. West Coast for owner Capt. William Matson. She was converted to carry oil and molasses in 1906, and her 10 tanks have a capacity of about 18,000 barrels. She was later used for floating oil storage in Alaska, and was finally decommissioned in the 1950s. A local journalist in Honolulu raised funds to save her and bring her to Hawaii, and the U.S. Navy provided a tow to bring her to Oahu in 1963.

The local Bishop Museum tool possession of the vessel and opened the Falls of Clyde to the public in 1971 at Honolulu Harbor's Pier 5. However, her condition has deteriorated over the years, and in 2016, the museum transferred her to a local non-profit, Friends of Falls of Clyde.

After she is moved to Scotland and restored, Save the Falls of Clyde International eventually hopes to return the vessel to commercial trade for sail-driven niche cargoes, like sustainable coffee and chocolate. The group would also like to host education-at-sea voyages.