Earlier today the salvage team working at the Golden Ray began the final cut into the remaining mid-ship hull section of the wreck. It is just two years shy of when the car carrier heeled over sailing in St. Simons Sound near Brunswick, Georgia. The cutting operation started nine months ago in November 2020.

Wreck removal personnel began the cutting operations early August 23 after completing a refit and maintenance period. The massive VB-10,000 was positioned over the wreck and began what will be the last cut planned for the wreck to separate the remaining mid-body piece of the car carrier into what the salvage team calls sections four and five. Once the final cut is complete, each section will be lifted onto a dry-dock barge and stowed for transit out of St. Simons Sound.

Before beginning the cutting operation, the teams conducted what is known as weight-shedding. They reported that they removed 59 vehicles from section five. The weight-shedding operation seeks to remove the cars, moveable decks, and any other large loose debris to reduce the overall weight of a section of the wreck and ensure a safe lifting operation. Section 4 is reported to be 80 feet long and weighs more than 4,900 metric tons. Section 5 is 74 feet long and is estimated to weigh more than 3,800 metric tons.

Once the cutting operation is completed, the VB-10,000 will lift section five onto a dry-dock barge for safe transit out of St. Simons Sound to a response facility south of the Mayor’s Point Terminal. Section four, the final section, will be lifted, stowed, and transited following the same process as section five.

The cutting operation has in the past required anything from a few days to weeks. Early on the team needed to refine the process and switched to a heavier weight chain. Recently, they encountered reinforcing braces that slowed the cutting operation and they even sought approval to use controlled explosions to break through that section. During the cutting operation, they experienced weather-related delays, a large fire earlier this summer, and most recently a significant oil leak when they began to lift section 6.

Crews remain on sight to monitor for oil leaks while they also continue to remove floating debris and pieces that wash up along the local beaches. Everything is tagged and identified and sent to recycling for proper disposal.

Residents have complained about the long process and the pollution and debris. Recently, an environmental group urged the US Navy to become involved before the final cut and removal began.

After the sections are removed there will be a final clean-up operation before the operation is considered completed. 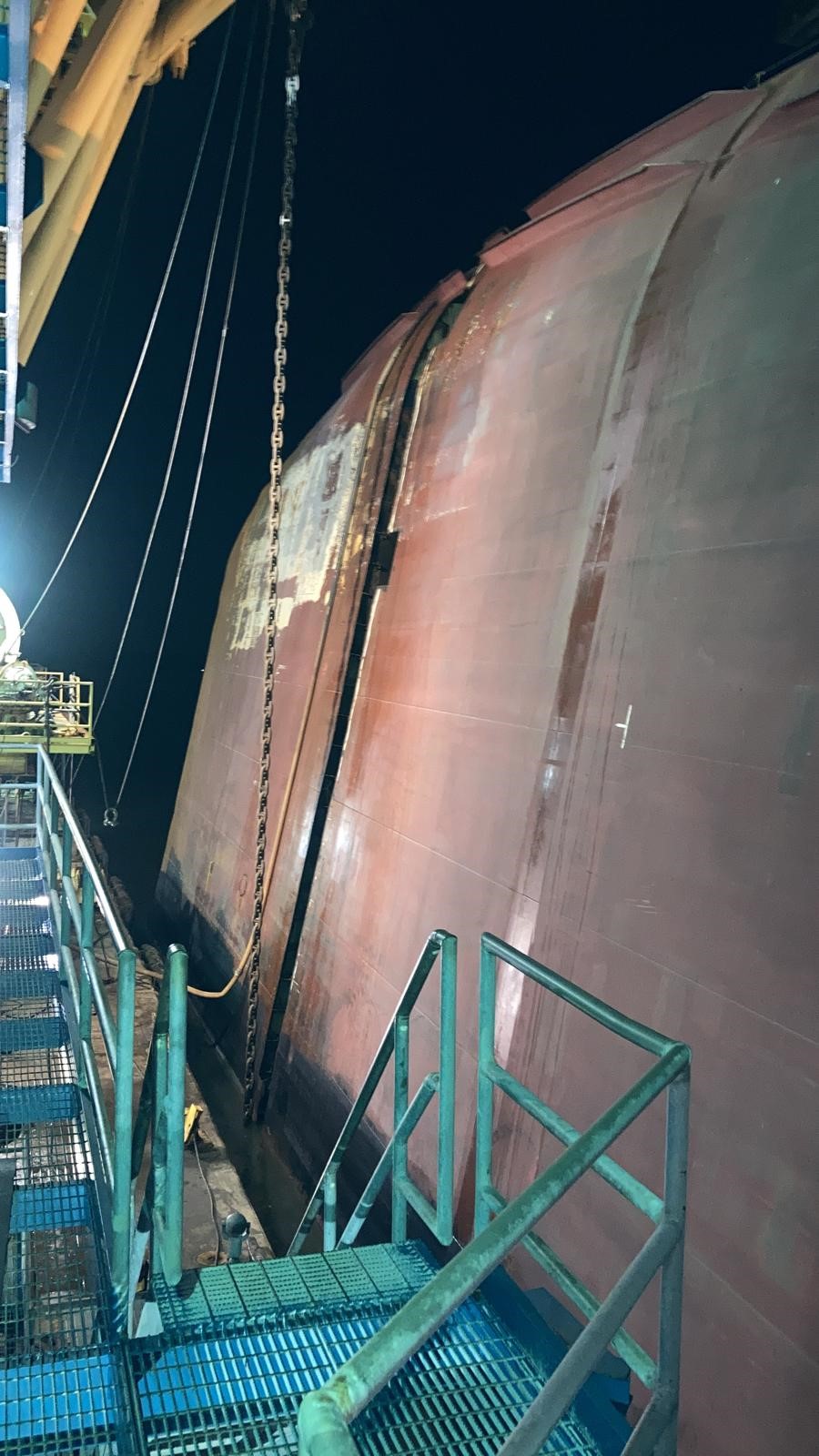 The VB-10000 cycles grade 5 anchor chain along the pre-cut groove during cutting operations to separate the remainder of the Golden Ray wreck into two sections on Monday. 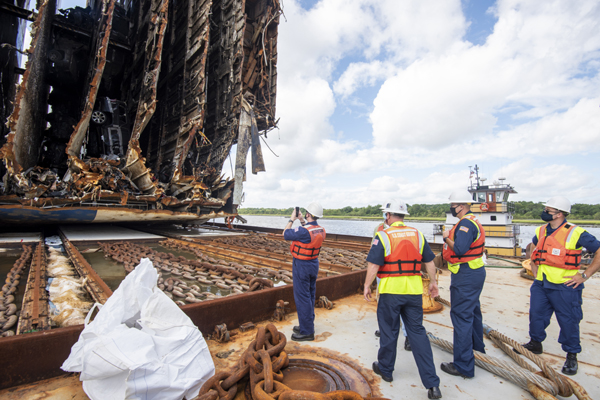 U.S. Coast Guard personnel from Marine Safety Unit Savannah and the St. Simons Sound Incident response inspect Section Six of the Golden Ray wreck after it was moved to the response facility.