On Wednesday, Turkish authorities briefly closed the Bosporus to marine traffic so that the heaviest ship in the world could pass through.

The Pioneering Spirit, Allseas' dual-purpose pipelay / heavy lift platform, is the biggest ship of any kind by displacement. She has just finished installing the first pipeline for Gazprom's Turkish Stream (or TurkStream) project, which replaces the cancelled Russian-Turkish  "South Stream" project. The subsea pipeline will carry Gazprom's natural gas from Anapa, Russia to the village of Kiyikoy in western Turkey. Onshore lines will transport the gas to the border with Bulgaria and on to the broader EU market. 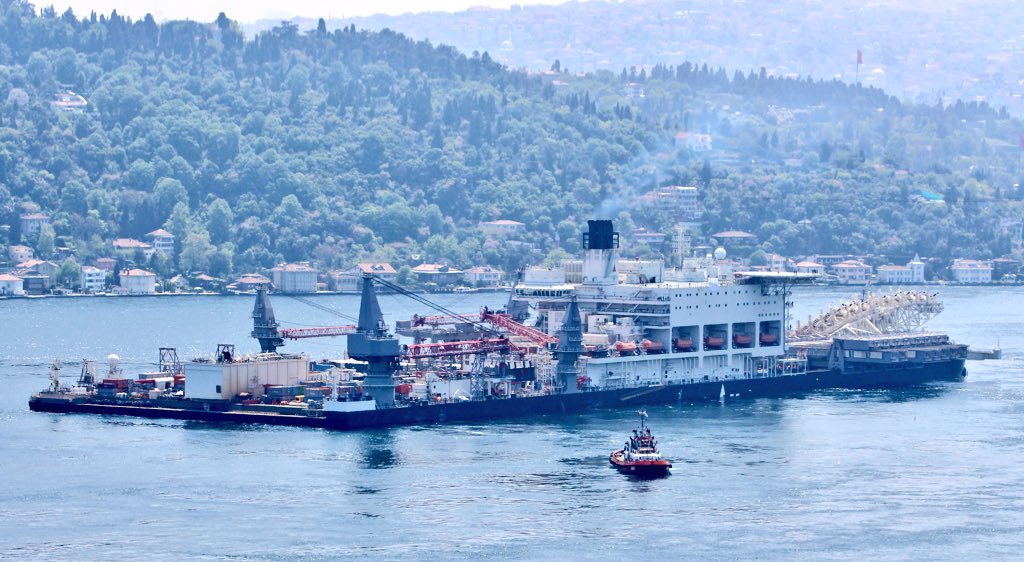 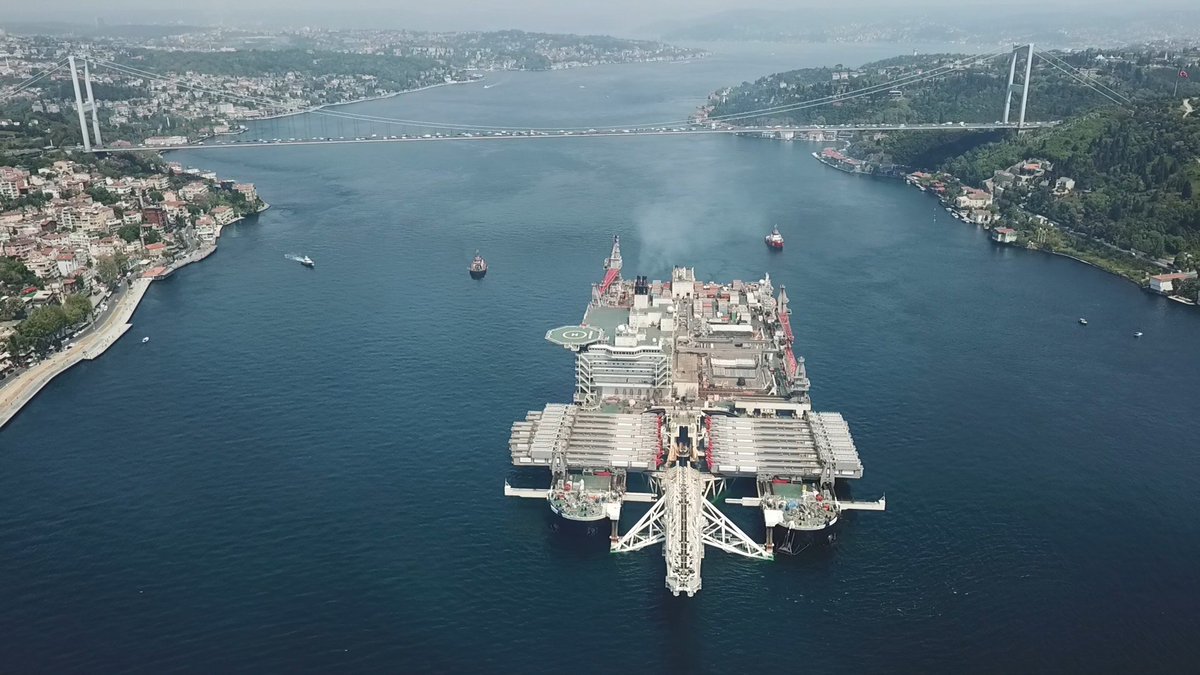 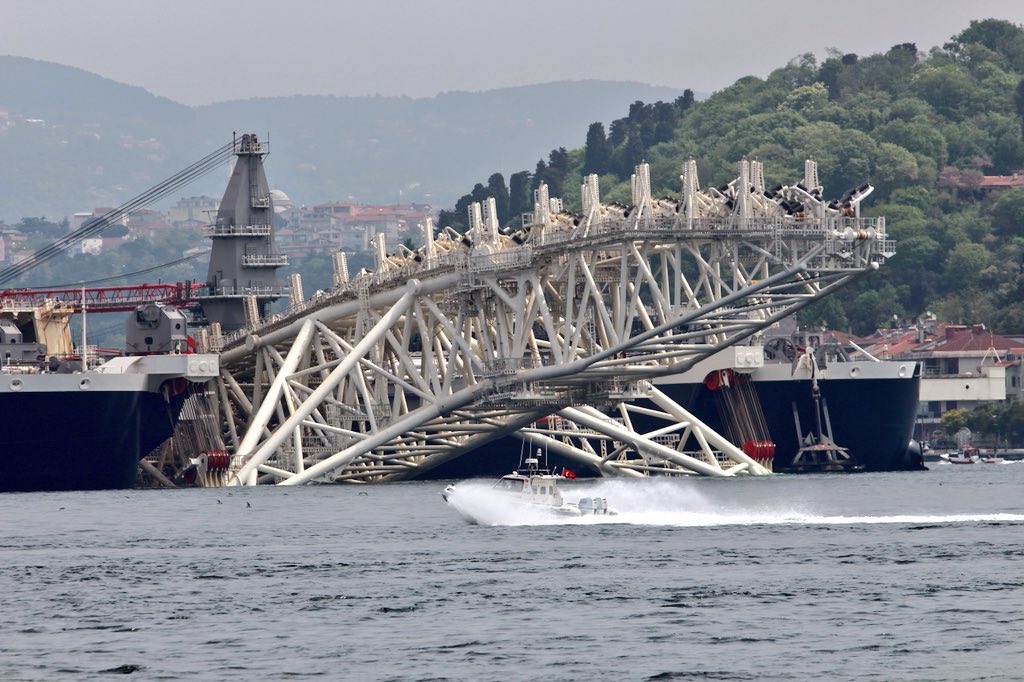 All images via social media

At 0700 hours local time, the Bosporus was closed to international marine traffic so that the Spirit could enter the narrow waterway. Accompanied by several offshore tugs, she passed under the Bosporus Bridge and headed for the Sea of Marmara. She will return to her home port of Rotterdam for the North Sea summer season.

According to Allseas, Pioneering Spirit averaged about three nm of pipeline per day during the first half of the TurkStream project. She began work in May 2017 and finished last month, and later this year she will return to the Black Sea to lay the second pipeline. The terminals on either end are already under construction, and when connected, each pipeline will be able to carry about 16 billion cubic meters of gas from Russia to southeastern Europe every year.

The 2014-built Pioneering Spirit is the world’s largest vessel in terms of gross tonnage (400,000 gt), breadth (406 feet) and displacement (900,000 tons). She is the world's largest-capacity pipelay vessel. Separately, she is also the world's only vessel capable of removing giant offshore platforms from their jackets in a single lift.

The Spirit may eventually be eclipsed by another Allseas vessel, the Amazing Grace. This next-generation ship would be substantially larger, and would be designed to decommission the largest North Sea platforms.