A St Kitts and Nevis-flagged trawler has been arrested in Liberia for fisheries crimes including fish smuggling and violations of tax and customs laws.

The F/V Dzintars, a 56-meter (184-foot) trawler, was boarded by the Liberian Coast Guard after the vessel shut down her Automatic Identification System before crossing from neighboring Sierra Leone into Liberian waters.

The Liberian Coast Guard boarded the Dzintars with the assistance of the Sea Shepherd vessel Sam Simon. 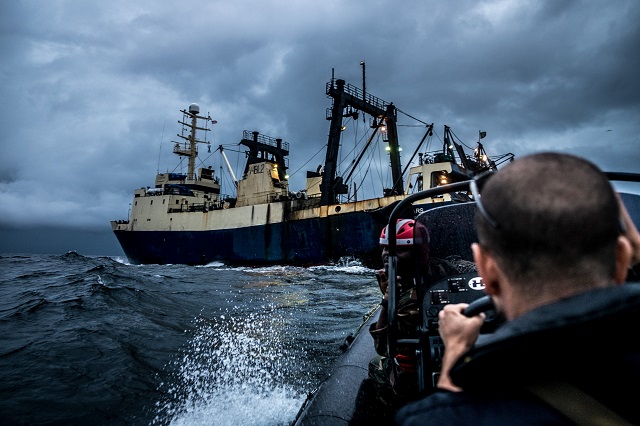 Given that the master of the vessel had deliberately turned off the AIS before entering Liberian waters, had not declared “Catch On Entry” as required by Liberian Fisheries Regulations and did not have an Import Permit for Fish and Fish Products as required under Liberian Law, the Dzintars was arrested on suspicion of illegal and unreported fishing with the criminal intent of avoiding tax and customs laws in Liberia.

A wild monkey was also found on board in the fish processing plant, for which there was no paperwork provided. The vessel was detained at the Liberian Coast Guard base in the Port of Monrovia. 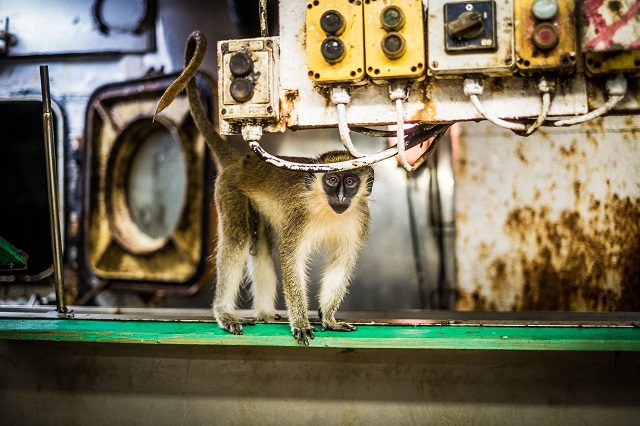 For the past four weeks, Sea Shepherd has been patrolling the waters of Liberia in a covert operation under the coordination of the Honorable Minister Brownie Samukai. The Sam Simon is captained by Captain Bart Schulting, and the vessel sailed with 10 members of Liberia's Coast Guard, along with two Israeli maritime advisers and conservationists providing training assistance.

Named Operation Sola Stella, the campaign resulted in the arrest of five fishing vessels earlier this year, including a Nigerian-shrimping trawler certified to export “sustainably-caught” shrimp into the European Union and a refrigerated cargo vessel of identify fraud and planning to offload 460 tons of undocumented fish cargo in the Port of Monrovia.

Illegal fishing accounts for up to 40 percent of the fish caught in West African waters. Around 33,000 Liberians work in subsistence, artisanal and semi-artisanal fishing.

In 2016, Sea Shepherd partnered with the government of Gabon for Operation Albacore, resulting in over 80 fishing vessel inspections at sea and the subsequent arrest of five Congolese fishing trawlers and one Spanish long-liner.