A consortium of Japanese companies has signed an agreement for a 10 percent interest in Novatek's Arctic LNG 2 project.

The consortium partners are Mitsui & Co and Japan Oil, Gas and Metals National Corporation (JOGMEC). The share will be acquired through the Dutch Company, Japan Arctic LNG B.V., in which Mitsui has invested jointly with JOGMEC. The equity ratio of JOGMEC and Mitsui will be set at 75 percent and 25 percent respectively.

The deal, signed in the presence of Russian President Vladimir Putin and the Prime Minister of Japan Shinzo Abe, also provides for the long-term LNG offtake of approximately two million tons per annum by the partners.

The Arctic LNG 2 project envisages constructing three LNG trains at 6.6 million tons per annum each, using gravity-based structure platforms. The project is based on the hydrocarbon resources of the Utrenneye field.

Novatek commenced production at the nearby Yamal LNG project in 2017, and this project will be the company's second LNG project in the Arctic Circle. Novatek's estimate of the total development cost is currently around $21-23 billion. Production is expected to commence in 2023, and LNG from the project will be delivered mainly to Asia and Europe via the Northern Sea Route.

The new deal follows news of Novatek's first shipment of a first LNG cargo to Japan from the Yamal LNG project last week.

On June 7, Novatek announced the signing of a share purchase agreement with China's CNOOC for the sale of 10 percent of the Arctic LNG 2 project. Another agreement will see China's CNPC also take a 10 percent share, and another agreement with China COSCO Shipping, Sovcomflot and the Silk Road Fund will see joint development, financing and implementation of year-round logistics arrangements for shipping hydrocarbons from Russia's Arctic to the Asia-Pacific region, as well as organizing transit cargo traffic along the Northern Sea Route between Asia and Western Europe. 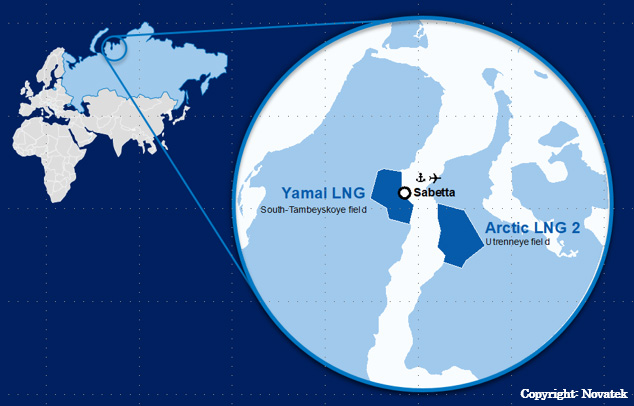