InterCargo: Liquefaction Continues to be a Major Risk

The industry body InterCargo has welcomed the latest amendment to the International Maritime Solid Bulk Cargoes Code (IMSBC 04-17) which entered into force on January 1 by says that liquefaction of cargo continues to be a major risk.

The pertinent updates include: changes to section 4.5 of the Code which stipulates the shippers’ responsibility to ensure that the testing and sampling for Transportable Moisture Limit (TML) and moisture content is carried out at the correct intervals; changes to the individual coal schedule which strengthen and clarify the designation of coal as Group A and B cargo; and the inclusion of a new test procedure for determining the TML of coal.

Although there has been no reported loss of life or loss of ship attributed to liquefaction in 2018, InterCargo urges all stakeholders to remain vigilant as cargo liquefaction continues to pose a major threat to the life of seafarers. “Ship operators need to be especially cautious when loading during a wet season, as currently being experienced in certain parts of South East Asia. However it is paramount that the shippers and the local authorities fulfill their obligations as required by the IMSBC Code.”

InterCargo's annually produced Casualty Report highlights the tragic loss of life associated with liquefaction. The last report for the years 2008-2017 showed that 101 lives and nine bulk carriers were
likely lost due to cargo failure (this compared with a total of 202 lives lost in all 53 bulk carrier casualties over the time period). Those nine bulk carrier losses comprised six vessels loaded with nickel ore from Indonesia, two vessels with laterite (clay) iron ore from India, and one with bauxite from Malaysia.

“The importance of investigating an incident and the subsequent publication of a casualty investigation report in a timely manner, in order for lessons to be learned, cannot be over-stressed, says InterCargo, urging all relevant administrations, that have not done so, to investigate incidents and publish the reports. 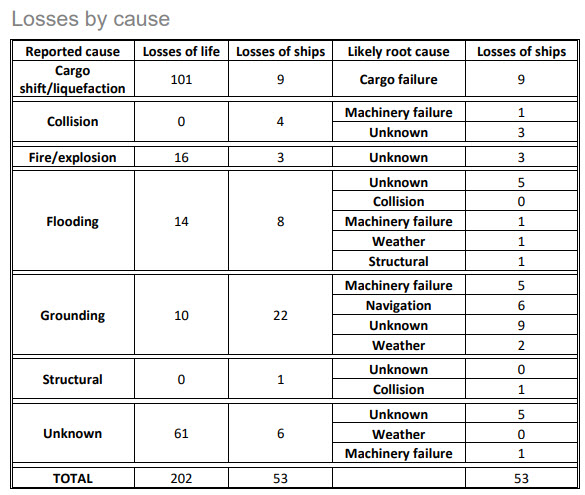 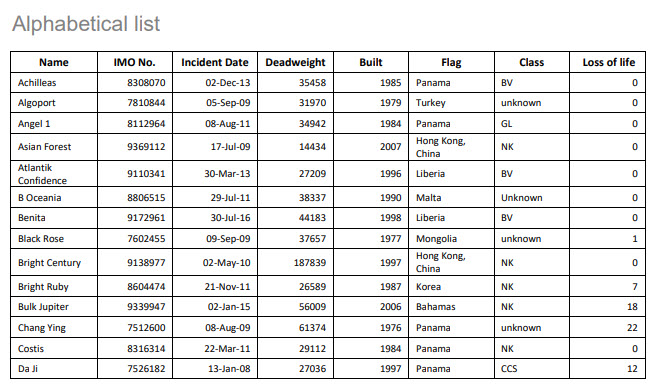 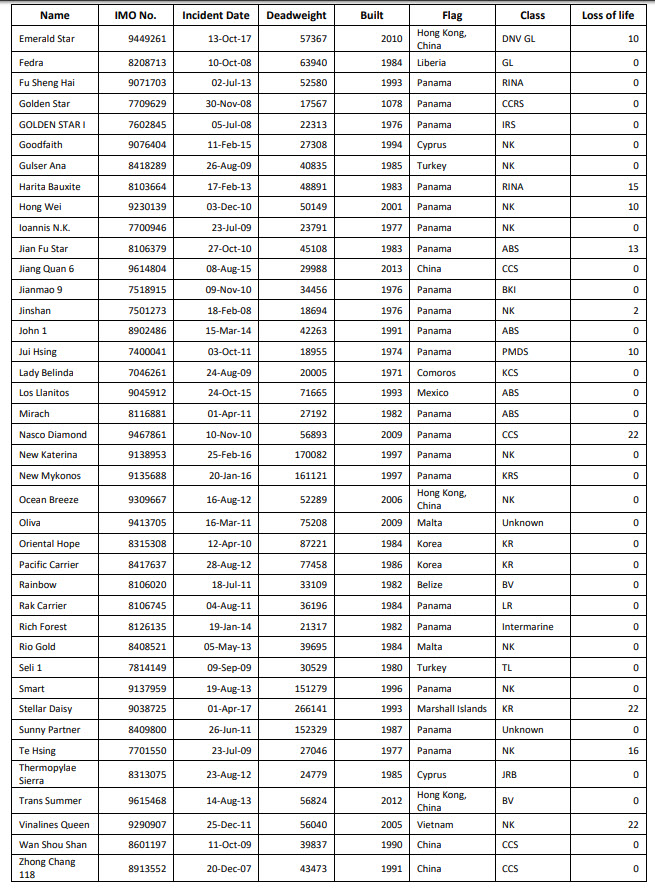 Five large corporations with significant presence in the maritime industry have partnered with eight startups with the assistance of a corporate innovation and venture development company, Rainmaking. The firms - Cargotec, HHLA, Inmarsat, Shell and Wärtsilä - are working on 13 separate projects aimed at accelerating innovation and improving the bottom line.  These match-ups were made under the auspices of Rainmaking's Trade and Transport Impact program, which lines up corporate partners with budding tech startups for a range of transportation-related projects...