Norway's Accident Investigation Board has opened an investigation into the loss of the recently-built longliner Fay, which sank off Norway's northern Barents Sea coast on Saturday. All 12 members of her crew were safely evacuated by helicopter.

According to the Fay's captain, Ken-Åke Grahn, the ship lost auxiliary generator power off Honningsvåg. Without power for the Fay's hydraulics, the crew could not fully secure a leaking hatch, and the vessel gradually flooded. "Then we just had to leave the boat," Grahn told Radio Nordkapp.

"We are very happy and grateful that the rescue operation went well," said Rolf Olav Dyrnes, the general manager of vessel operator Kenfish II, in a statement Saturday. "We would like to thank the Chief Rescue Center Northern Norway, Nordkapp Municipality, all involved rescue agencies, volunteers in Nordkapp and all vessels in the area who participated in the rescue operation." 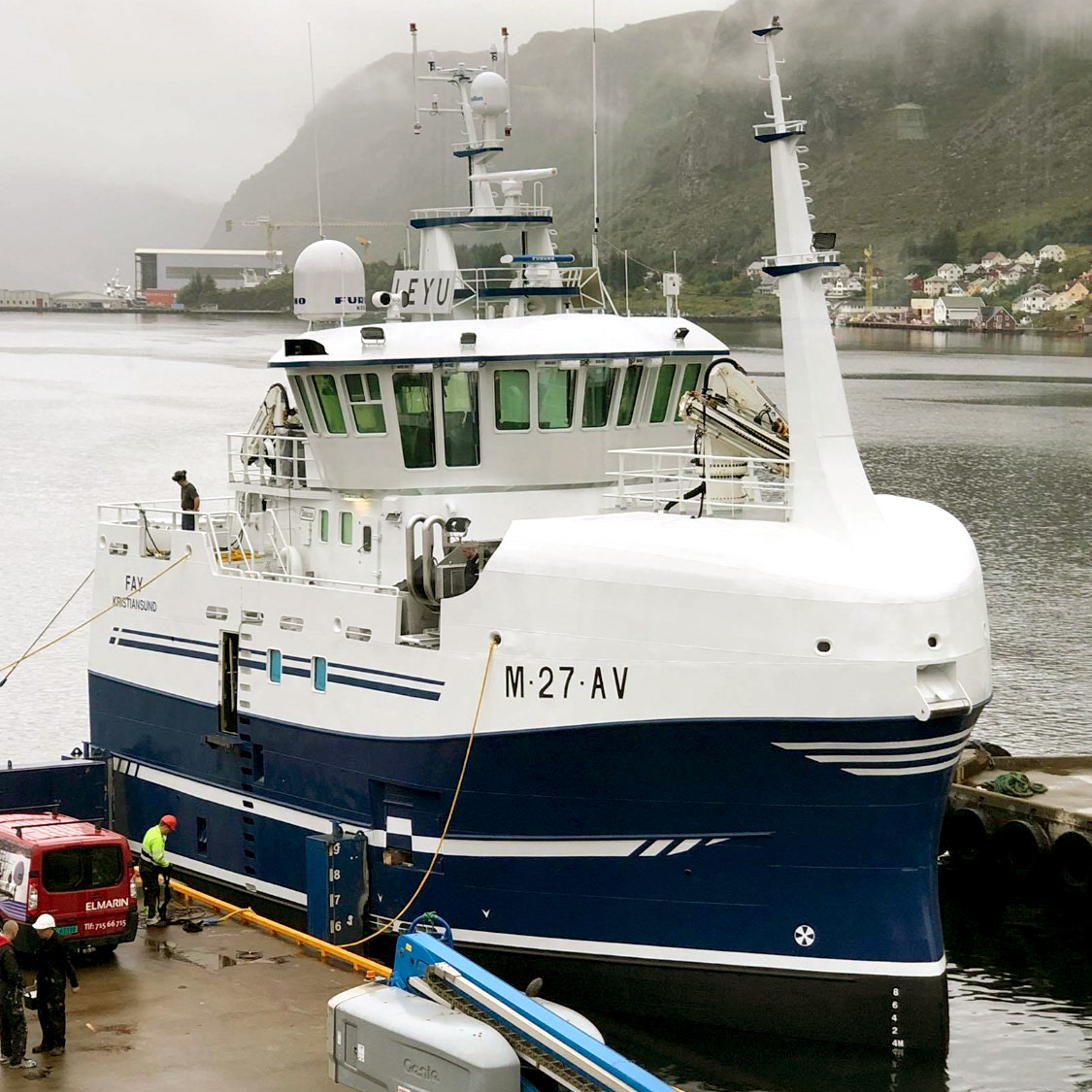 The 20.99 meter-long Fay was of an unusual design: at five decks and 10 meters in height, she was exceptionally tall in proportion to her length, making her the biggest fishing boat yet to fit into the 21-meter length category in Norway's quota system. At 440 GT, she was twice as big as comparable recent newbuildings, according to VG. With support from Innovation Norway, her designers integrated specialized onboard processing equipment allowing the crew to pack fresh and frozen fish at the same time.

Investigators say that they have not yet reached any conclusions about the cause of the casualty and will be examining all factors.