The Indian Coast Guard reports saving nine crew members from a sinking tugboat in the Bay of Bengal on June 23. One crew member received a leg injury, but they were all safely transferred to shore. Efforts to save their vessel were unsuccessful.

The tugboat, Ganga 1 departed Port Blair, the capital city of the Andaman and Nicobar Islands, on South Andaman Island in the Bay of Bengal. Sailing at mid-day on June 22, it was making an approximately 60 nautical mile trip south to Hutbay towing a barge loaded with construction materials. The vessel was due to reach the port on Little Andaman Island on the morning of June 23.

Having reached a position approximately 30 miles south of Port Blair, the crew on the tug reported heavy flooding in the engine room and activated an emergency distress call. Due to the uncontrolled flooding, the nine crew aboard the tug decided to abandon their vessel and transfer to the barge for safety. 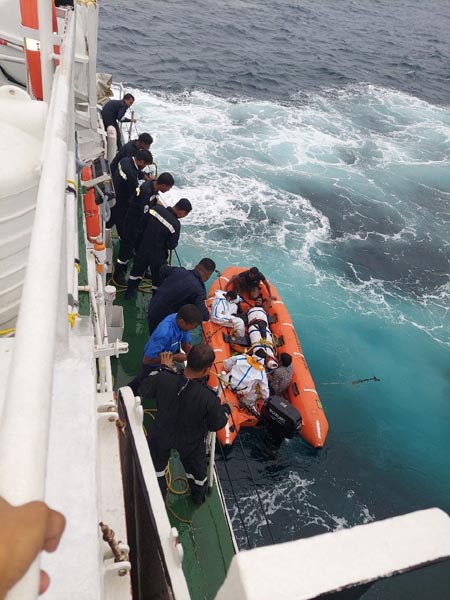 Crew members being brought aboard the coast guard vessel (ICG)

The Indian Coast Guard reports that it immediately launched a search and rescue mission diverting two coast guard ships that were on a routine deployment to assist. In addition, they coordinated with the Port Management Board in Port Blair and other local authorities. An additional coast guard ship was also dispatched from Port Blair along with the PMB tug Ocean Marvel transporting a damage control team and de-flooding equipment.

According to the reports, the Indian Coast Guard vessels attempted to save the sinking vessel using external de-flooding equipment, but the tug was listing dangerously to port and trim aft due to flooding of the engine room and aft section of the vessel. The damage control team reported difficulties in positioning pumping equipment on the distressed vessel owing to continuous, high rate of flooding and heavy rolling due to very rough sea conditions. It was determined that it was not safe for the damage control team to remain aboard the sinking vessel.

The PMB tug Ocean Marvel connected a tow line and commenced towing to bring the sinking vessel to Port Blair with the Coast Guard ships as an escort. However, despite efforts to save the vessel, the Ganga 1 sank off Cinque Island at a depth of approximately one mile.

The crew of the tugboat was transported back to Port Blair aboard the tug Ocean Marvel. 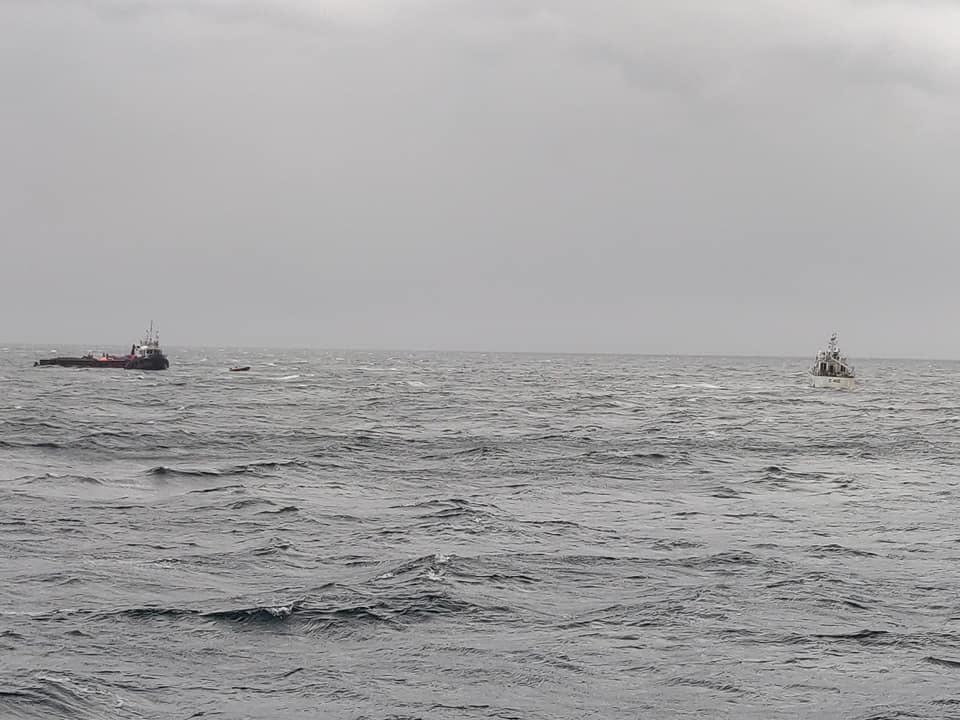 Rescue efforts failed to save the tugboat (ICG)