“I am immensely proud of all the hard work and dedication the men and women of the Polar Star demonstrate each and every day,” said Greg Stanclik, commanding officer of the Polar Star. “Maintaining and operating a 44-year-old ship in the harshest of environments takes months of planning and preparation, long workdays and missed holidays, birthdays and anniversaries with loved ones. The Polar Star crew truly embodies the ethos of the Antarctic explorers who came before us - courage, sacrifice and devotion.” 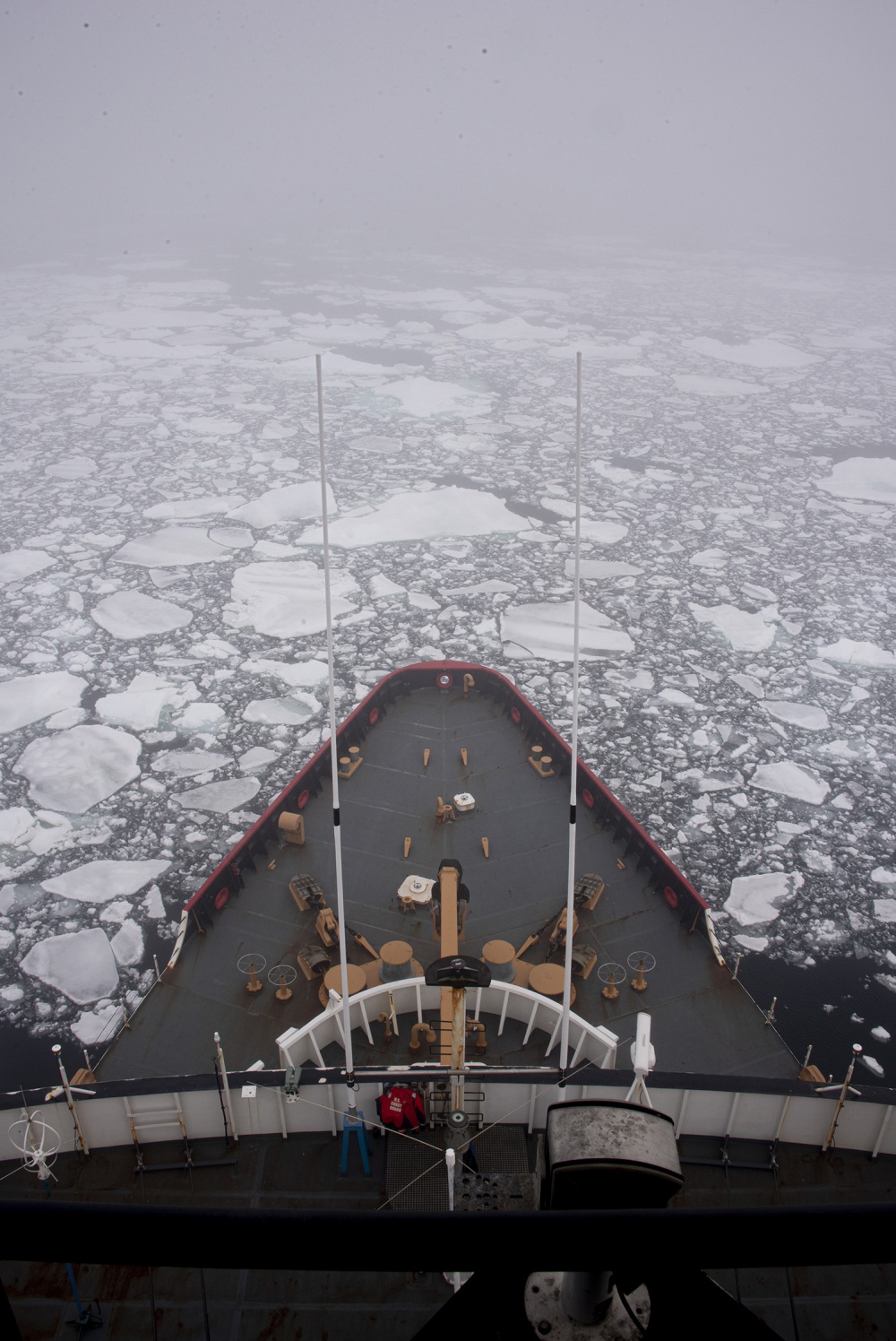 Polar Star also supported a team of officials from the U.S. Department of State, the National Science Foundation, National Oceanic and Atmospheric Administration and the U.S. Coast Guard for a five-day inspection of foreign research stations in Antarctica. The inspections are intended to verify other nations' compliance with the Antarctic Treaty and its Environmental Protocol, including provisions prohibiting military measures and mining. The team inspected three stations - Mario Zucchelli (Italy), Jang Bogo (South Korea), and Inexpressible Island (China). It was the first round of American inspections since 2012.

The aging Polar Star is the United States’ only operational heavy icebreaker. She is reserved for Operation Deep Freeze only: she spends the Antarctic summer season carrying out the McMurdo breakout, then returns to dry dock in Seattle for repairs. If the 1976-built ship should break down in ice during her annual mission, the United States has no capacity to conduct a rescue without foreign assistance. In years past, Polar Star's sister ship Polar Sea would sometimes operate alongside her; however, Polar Sea was effectively decommissioned after a mechanical casualty in 2010.

The Coast Guard has pressed Congress for the funding to replace Polar Star for at least a decade, and that project is now under way. In April 2019, the U.S. Coast Guard awarded VT Halter Marine a contract for its first new "polar security cutter." The contract includes options for the construction of two additional PSCs, subject to approval and funding availability. The second $555 million vessel in the series would be funded under the White House's proposed FY2021 budget.

"Replacing the Coast Guard's icebreaker fleet is paramount," said Vice Adm. Linda Fagan, commander of the Coast Guard's Pacific Area. "Our ability to clear a channel and allow for the resupply of the United States' Antarctic stations is essential for continued national presence and influence on the continent."