Responding to the challenges in the shipbuilding industry, Hyundai Heavy Industries announced that it will be slimming down its organization by 20 percent, consolidating business units and departments to overcome the current market conditions. According to the company’s announcement, the steps are being taken to improve the efficiency of the organization in response to the external and internal challenges created by the coronavirus pandemic.

Hyundai Heavy Industries will integrate its shipbuilding and marine operations divisions, which includes its offshore business, effective July 1. Similar departments in the two units will be consolidated and that combined with natural attrition the company believes will help it to reach the 20 percent reduction target.

“Since overcoming the crisis for survival is the top priority, we will put all our capabilities and focus on achieving our management goals this year,” the company said in its prepared statement.  “This reorganization is an important opportunity to start a new company.”

Hyundai noted that its measures to improve operating efficiency would be implemented at each company within the group. 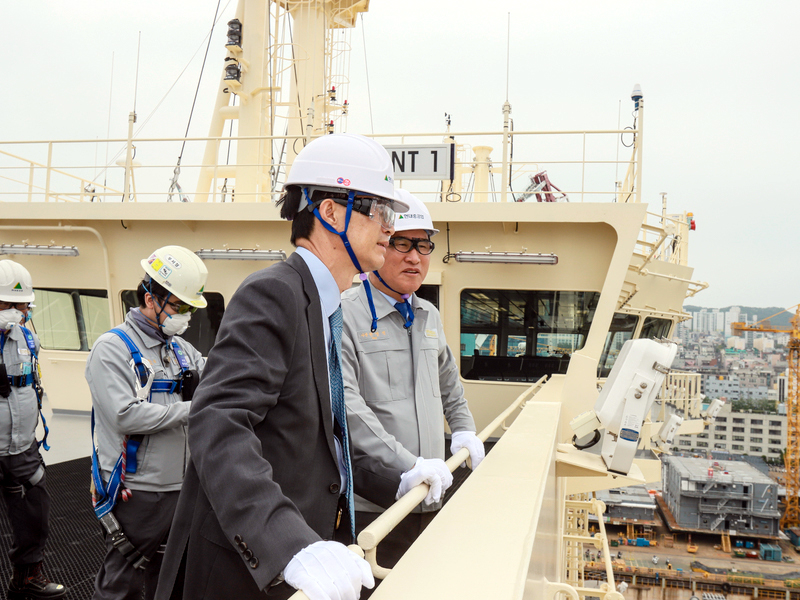 Among the efforts the bank committed to was expanding its cooperation loan program with the shipbuilding industry with a goal of ensuring monies reach the small to medium-sized suppliers that are critical to maintaining and growing Korea’s industry. In addition, they noted that since February, the bank has been extending existing loan maturities and new operating funds for small and medium-sized equipment suppliers as part of the financial support program to overcome the impacts of the coronavirus.

At this meeting, CEO Han Yeong-seok of Hyundai Heavy Industries said that they expected that it would be difficult to secure operating funds due to the outlook for a sluggish order environment.  He said, “We hope that the government will expand not only shipbuilding financing, but also financing for new ships,” to encourage additional orders for the Korean shipbuilders.

The news that the world’s largest shipbuilder was streamlining its operations was seen as another sign of the global difficulties the shipbuilding industry is facing.