The accidental importation of invasive plants and insects aboard arriving ships and their cargos is a concern for ports and the authorities that seek to control the spread of potentially harmful arrivals to the local environment. A team of researchers working at the Port of Savannah, Georgia recently set out to explore the depth of the problem and potential solutions.

The study was conducted by researchers from the USDA Forest Service, Arkansas State University, and other organizations. Previously they had demonstrated that the port is a hotspot of nonnative plant diversity and richness. In their current research, they found that “seeds that float in the air can hitchhike in unusual places, like the air-intake grille of a refrigerated shipping container.” 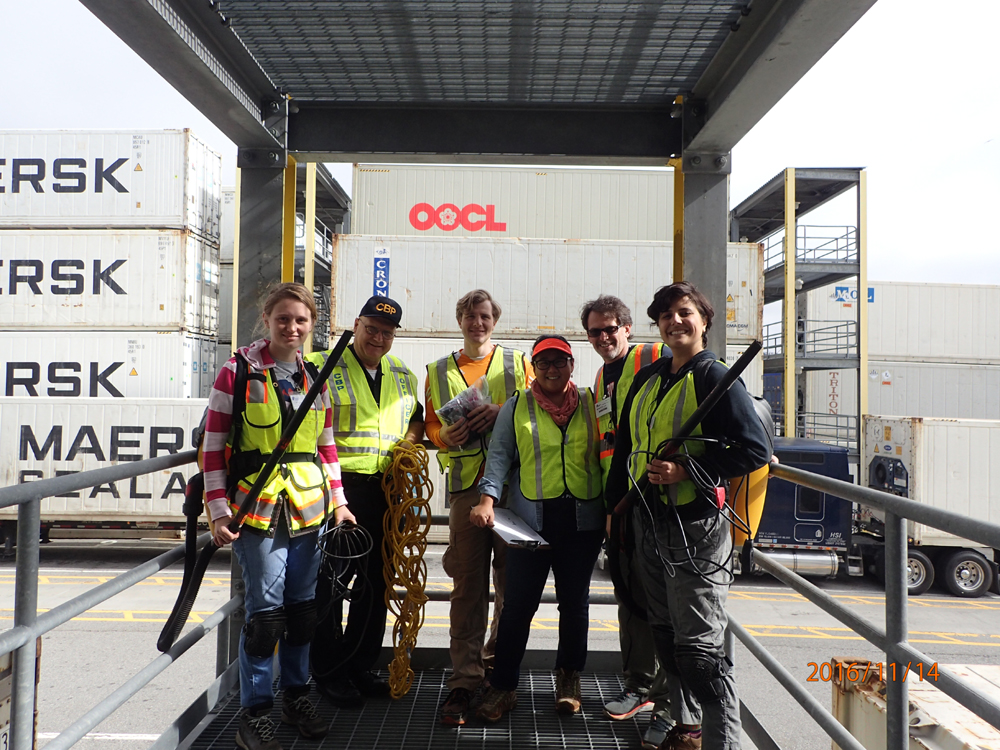 Working with the cooperation of inspectors from the U.S. Customs & Border Protection, Agriculture Program (Department of Homeland Security), which inspects imported refrigerated shipping containers, along with the USDA Animal and Plant Health Inspection Service, and the Georgia Ports Authority, the research team vacuumed the air-intake grilles on the arriving containers.

They collected seeds found on those grilles for analysis. In their report they documented that the quantity of incoming seeds was more than sufficient to establish invader plants into nonnative environments.

The researchers collected seeds from 30 plant taxa from the air-intake grilles, including seeds of wild sugarcane (Saccharum spontaneum), a grass on the USDA Federal Noxious Weeds List. According to the researchers, noxious weeds pose an immediate, significant threat to agriculture, nursery, and forestry industries. Although a lovely grass and useful in its native range, wild sugarcane they reported has the potential to join cogongrass, stiltgrass, and other nonnative species that have become extremely widespread in the U.S. 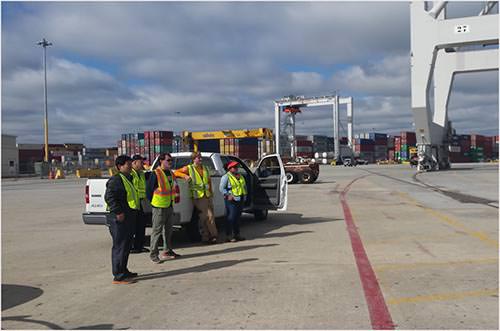 “During the two shipping seasons, we estimate that over 40,000 seeds from this species entered the Garden City Terminal at the Port of Savannah,” says Rima Lucardi, a Forest Service researcher and lead author of the project. “This quantity of incoming seeds is more than sufficient to cause introduction and establishment of this nonnative invader, even if the escape rate from the shipping containers is limited.”

Lucardi and her colleagues also analyzed and modeled viable seeds from four plant taxa to estimate the chance that seeds would survive and establish in the U.S. They reported that all of the samplers are prolific seed producers, wind-pollinated and wind-dispersed. All of the plants analyzed they said would be able to persist in a wide range of environmental conditions and climates.

The researchers propose several possible strategies for reducing risk to native ecosystems and agricultural commodities. For example, they said that instead of labor-intensive vacuuming of air-intake grilles, a liquid pre-emergent herbicide could potentially be applied to containers while in port.

Preventing nonnative plant invasions is much more cost-effective in the long run than trying to manage them once they have spread and become widely established. “Investment in the prevention and early detection of nonnative plant species with known negative impacts results in nearly a 100-fold increase in economic return when compared to managing widespread nonnatives that can no longer be contained,” says Lucardi.

The complete research findings, recently published in the journal Scientific Reports, are available for down from the US Forest Service’s Treesearch web page.