After nearly four years of planning and development, Havila Kystruten has initiated its new coastal service operating on Norway’s traditional route between Bergen and Kirkenes. The company’s first ship is currently on its maiden voyage and they recently marked the launch of the third and fourth vessel for the route while also setting the date for the maiden voyage of their second passenger ship. The Norwegian government has awarded Havila a contract running till 2030 to maintain competition on the route to long-time operator Hurtigruten.

Havila is building four advanced ships in Turkey and after several delays is finally setting the timetable for the operations. Each vessel is 15,500 gross tons and able to carry up to 600 passengers. Keeping with Norway’s efforts to enhance the environmental performance of the maritime industry, the ships are being promoted as among the greenest passenger vessels yet built.

Among the features incorporated into the new ships is the world's largest battery packs designed for passenger ships. They weigh 86 tons and have a capacity of 6.1 megawatt hours which will enable them to sail for four hours without noise and emissions. The initial plan calls for using the batteries while navigating in the fjords and port areas.

The battery packs are just one of several elements that the company incorporated into the design. They are also equipped to use shore power in port and the efficient hull design helps the ships cut NOx emissions by around 90 percent and CO2 emissions by around 25 percent. In addition to the energy saving other elements of the operation, such as all food will be served with no buffets, were also developed to reduce waste. Havila Voyages expects to cut food waste by a total of 60 tons per year.

The first ship, Havila Capella departed Bergen on December 12, for its first 12-day round trip to the North Cape and back. Passengers can travel between ports or cruise passengers can book the ship for trips ranging from two days to seven days north or south or longer and round-trip voyages.

With the first ship in service, Havila is looking to accelerate its effort to reach full operations in 2022. They announced the second ship, Havila Castor, is scheduled to depart from Bergen on its maiden voyage on April 7. At the same time construction on the third and fourth vessels also marked a milestone this month as they were launched at the Tershan Shipyard in Turkey. The Havila Polaris and Havila Pollux are expected to enter service by the summer of 2022. 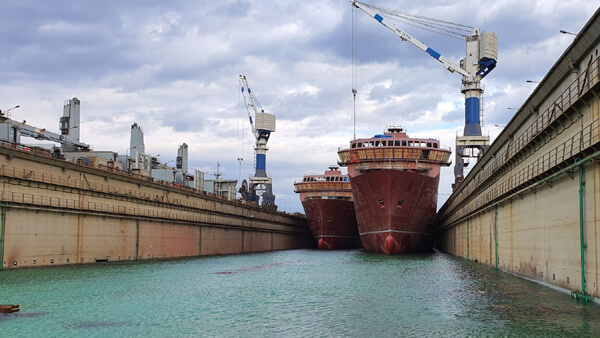