Artemis' vision is to build a vessel with an "autonomously controlled carbon fiber hydrofoil" that contains an integrated propeller. Derived from Artemis' experience in World Cup racing development (the firm has its roots in the team Artemis Racing), the technology is intended to be "the first viable solution for the early adoption of high-speed zero-emissions maritime transport," according to the firm. Artemis says that its system can cut the drag from a typical fast ferry or passive hydrofoil design by as much as 90 percent, opening up a new horizon for commercially-viable, electric high-speed transport. 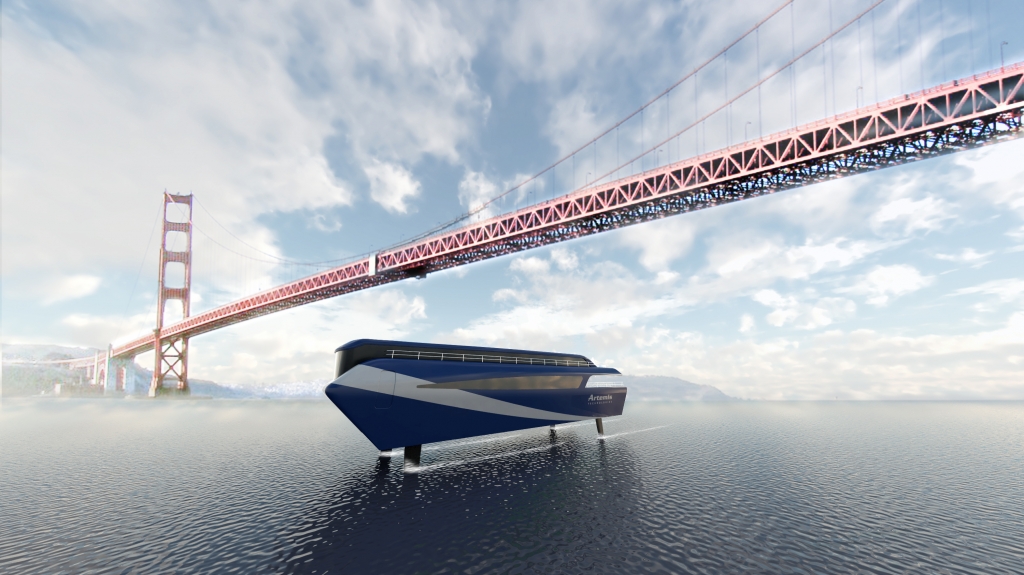 Expanding on its hydrofoiling electric vessels, Artemis is also developing a 45-meter autonomous sailing catamaran. It will be "the world’s first hydro-foiling and self-regenerating commercial vessel, capable of operating without the consumption of any fossil fuels," the firm said. Using a dual-function electric drive motor, it will generate electric power (and drag) to charge batteries when under way by sail, then use the stored power to motor ahead when winds are light. Its planned top speed is 50 knots, comparable to the speed of modern America's Cup catamarans on a beam reach.

“Artemis Technologies is working on a number of compelling innovations that will help decarbonise the maritime sector at a time when there is growing demand for low-carbon alternatives,” said Torbjörn Törnqvist, Chairman of Gunvor Group. “Gunvor has committed to reduce the carbon footprint of the commodities we’re trading and our industrial processes, as well as to explore relevant commercial opportunities. There is no silver bullet to the climate change issue. Many solutions are needed.”

Törnqvist is the majority owner of Gunvor, and he is the owner and founder of Artemis Racing. The team spent over $100 million on boat development in an (ultimately unsuccessful) attempt to unseat defending champion Oracle Team USA in 2017; in the process, they built a boat that was widely considered the fastest ever deployed in the sailing world's fastest-paced competition.