According to the Mexican Navy, at least one fisherman and as many as three were injured by gunfire on Thursday during a law enforcement operation to protect the vaquita, a small porpoise which is nearing extinction.

Mexican authorities, operating in cooperation with activist group Sea Shepherd, were removing illegal gillnets intended for catching totoaba. According to the Mexican Navy, one fisherman was injured when a small boat attempted to get its nets back by attacking Sea Shepherd's vessel. A Mexican marine's gun reportedly discharged by accident during the altercation, injuring the fisherman.

Local news outlet La Voz de la Frontera reports that the injured man, Garcia Sandez, was shot three times - once in the left arm, once in the right leg, and once in the scalp. Local citizens reportedly burned a government vehicle and threw projectiles in protest of the shooting. Two other individuals were also injured but did not require hospitalization.

The totoaba is sought for its swim bladder, which commands a high price in China - up to $45,000 apiece for a large specimen. Traditional Chinese medicine suggests that it is useful for treating problems with aging, circulation and fertility. More broadly, fish maw (swim bladder) soup is a costly but popular dish for special occasions and celebrations.

The potential for outsize returns has created a race to extract as many totoaba as possible from the Gulf of California. However, the nets used to catch the fish have proven well-suited to capturing vaquita, and the porpoise's numbers have steadily dwindled despite conservation efforts. (The totoata itself is also critically endangered in the wild, but it is actively farmed off Baja California and is at less risk of extinction.)

The illegal totoaba trade is similar to other wildlife trafficking patterns, and it is believed to involve organized crime. Earlier this month, customs officials in Shanghai caught a pregnant woman who was attempting to smuggle 122 totoaba swim bladders through Shanghai Pudong International Airport. The 20-year-old suspect had arrived on a flight from Mexico and was waiting for a connecting flight to Guangdong province, the primary market for fish maw. 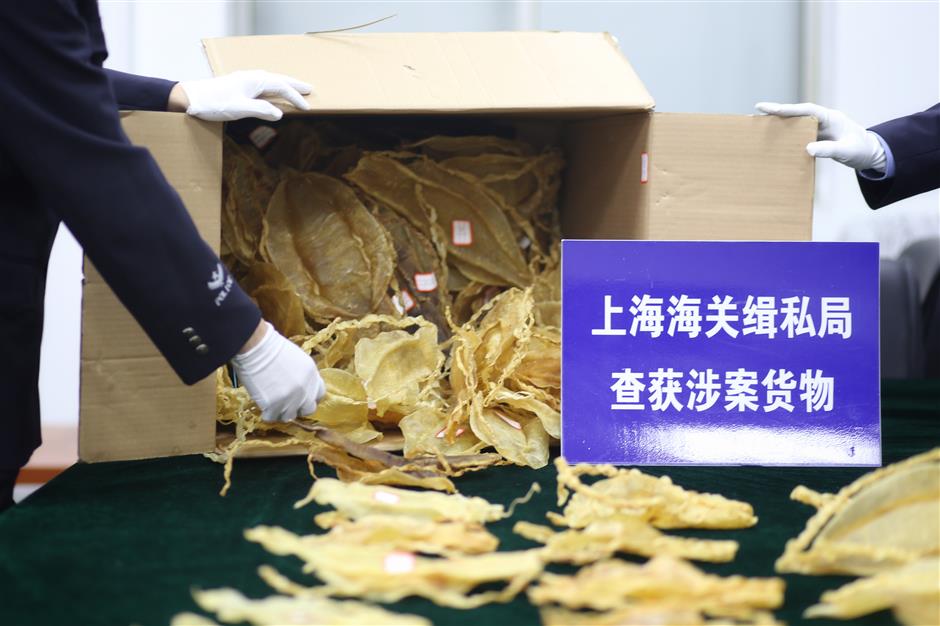 Counting down to extinction

At least 10 vaquitas were believed to remain alive until Tuesday, when Sea Shepherd found one dead specimen in a gillnet. The latest expert estimate puts vaquita's numbers between six and 22 individuals, and conservationists have called on Mexico to take all necessary means to defend net removal teams from attack and ensure the vaquita's survival.

“There is only the tiniest sliver of hope remaining for the vaquita,” said Kate O’Connell, a spokesperson for the Animal Welfare Institute. “Mexico must act decisively to ensure that all gillnet fishing is brought to an end throughout the upper gulf.”