The U.S. Coast Guard has deployed four helicopter aircrews to the Bahamas to assist with search and rescue in the aftermath of Hurricane Dorian, and operations are well under way. As of Wednesday afternoon, USCG crews have conducted at least 18 search and rescue sorties and saved more than 110 people from danger in the Bahamas.

Hurricane Dorian brought severe flooding and widespread damage to the Abaco Islands and Grand Bahama Island, and the Coast Guard's helicopters are currently among the only assets that are able to conduct rescues and medical evacuations in some areas affected by the storm. Debris, flooded roadways and inundated airport runways have made transportation and access a significant challenge for first responders and relief crews.

U.S. development agency USAID has begun operations to assist the government of the Bahamas with disaster relief. It has deployed an expert disaster response team to assess needs on the ground, and it is now is airlifting relief supplies from its warehouse in Miami for distribution by the Bahamas National Emergency Management Agency.

A senior USAID official said Wednesday that this assistance includes plastic sheeting to provide shelter for more than 22,000 people, hygiene kits for 3,000 people, and water containers for 3,000 people. USAID is also providing an initial $200,000 contribution to the Bahamas Red Cross for immediate relief needs.

USCG helicopter units provided some of the first available of the damage in the Abaco Islands and on Grand Bahama. The imagery shows widespread damage, with private boats tossed up on shore in marinas, shingles torn off buildings, foliage removed from trees and flooding affecting large areas. 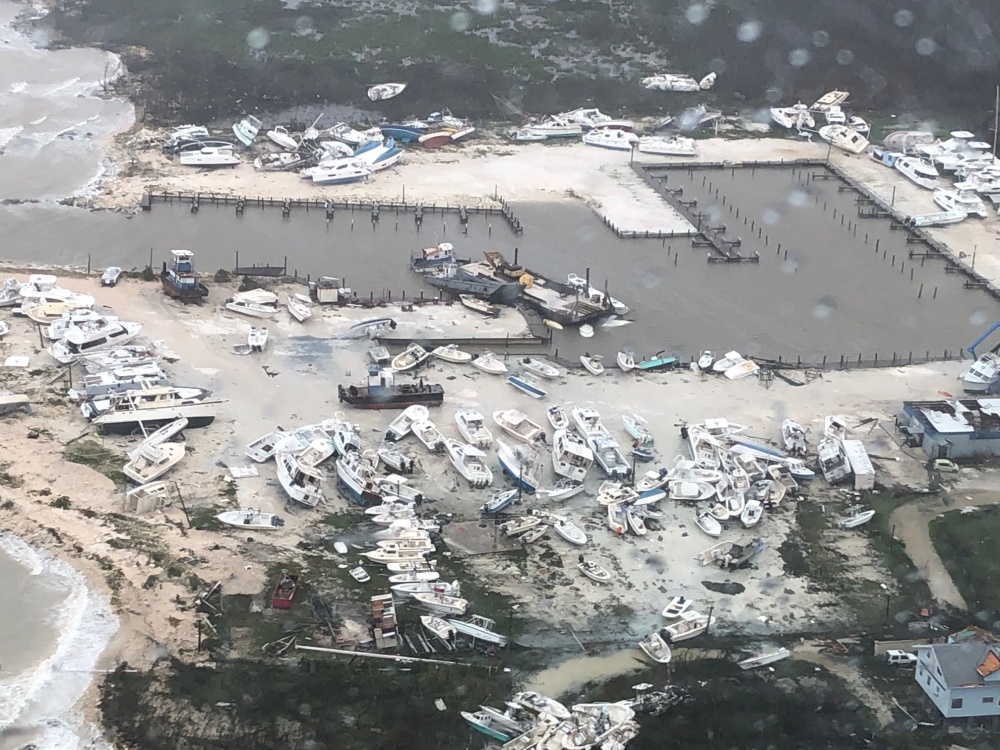 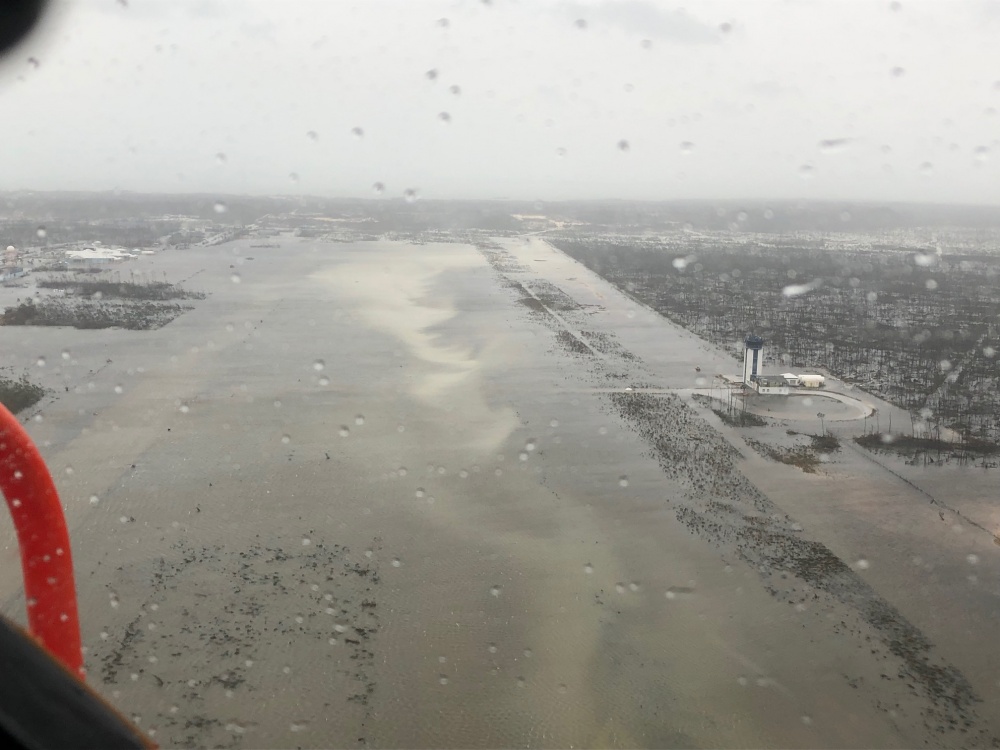 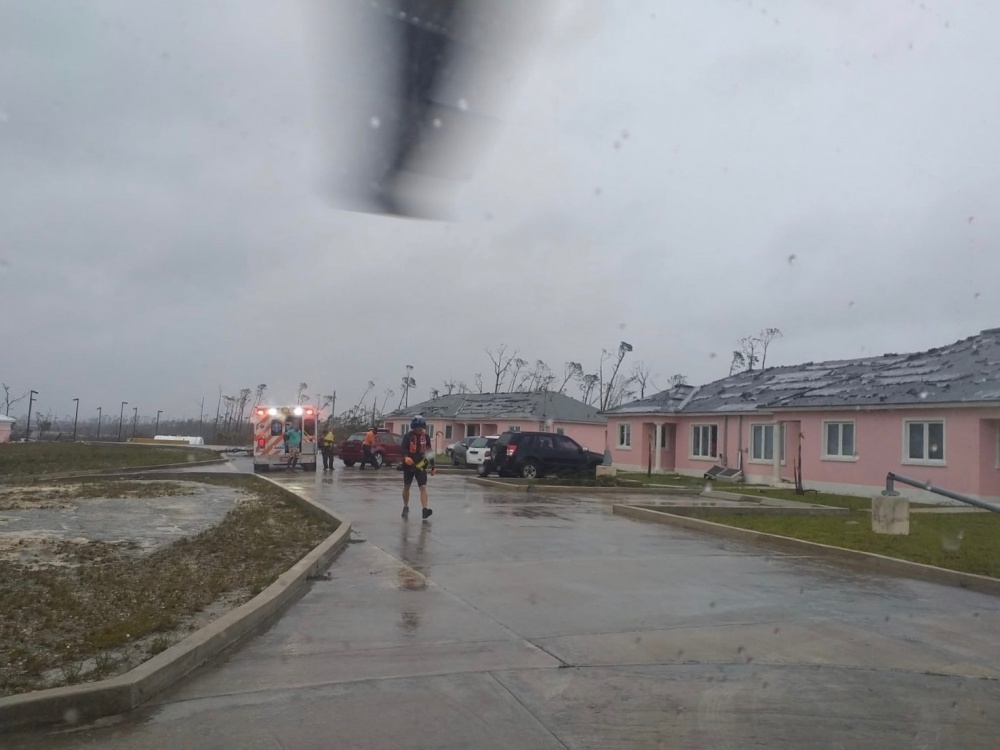 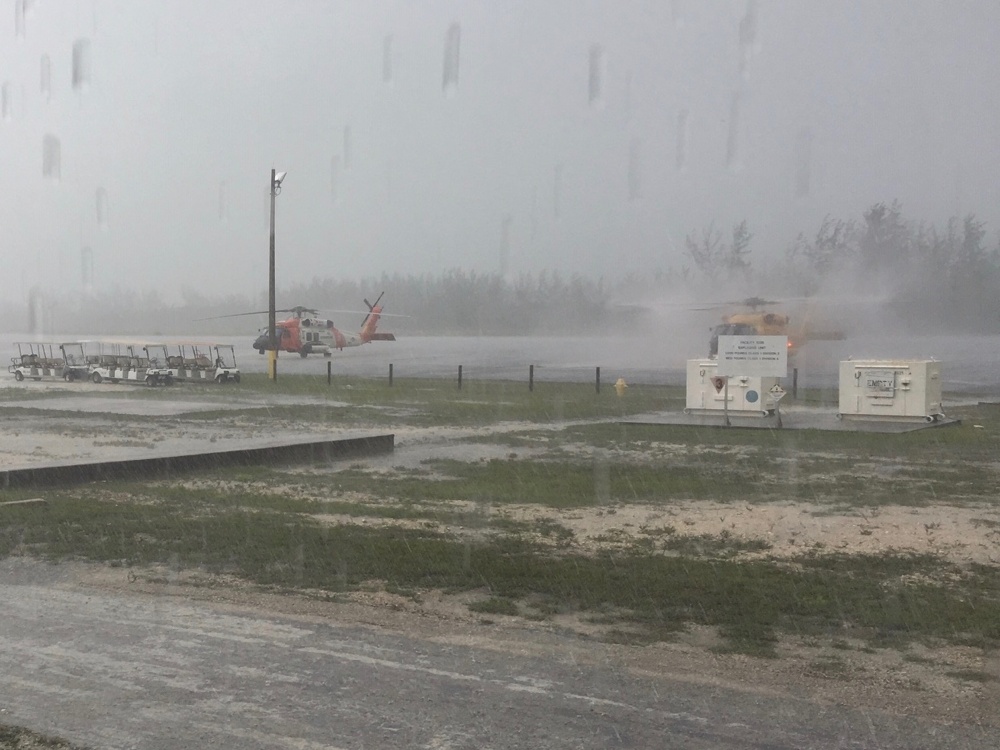 Hurricane Dorian stalled just off the coast of Grand Bahama Island for days before moving off to the northwest, bound for Florida. It came ashore in the Abaco Islands as a Category 5 storm on Sunday, bringing high winds, high water and devastation. At its peak, was the most powerful storm ever to make landfall in the Bahamas - and the second-most-powerful Atlantic hurricane on record.

20 deaths have been reported in the Bahamas as of Wednesday night, and the casualty count is expected to rise as search efforts continue. The Red Cross estimates that as many as 13,000 homes could be damaged in the Abaco Islands alone.

Storm surge appears to be a serious component of the damage: satellite operator Iceye estimates that about 60 percent of Grand Bahama Island's land area was inundated by flooding due to the storm. An image of Grand Bahama from 1145 hours local time Monday shows extensive portions of the island - including portions of the main airport - under water, with digital street map overlays illustrating the extent of the damage. 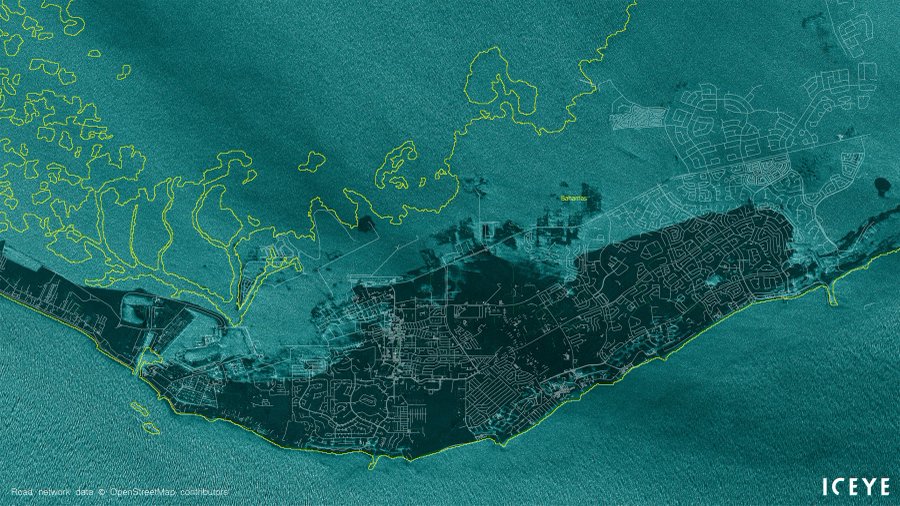 Charitable relief initiatives are well under way. The government of the Bahamas has also posted an extensive list of approved, vetted options for disaster relief donations, available at https://www.bahamas.com/relief.

Among other locally-directed efforts, the established Bahamian freight forwarding company Fowlco is collecting donations of relief goods at its Fort Lauderdale facility. The firm can be reached at 954-314-7139, and donations of goods may be directed to its Florida address at: Grand Bahama Port Authority c/o Fowlco, 3301 S. Andrews Ave. Unit 5 & 6, Fort Lauderdale, FL 33316.

The Capt. Phillips Trust is also collecting donations to help support students who have been affected by Hurricane Dorian. "Bahamian and Puerto Rican maritime labor professionals are alumni of our U.S. maritime colleges and schools," the Trust said in a statement. "After such life altering circumstances, the students of these islands, who may currently reside in the U.S., studying at our schools and colleges, will be greatly challenged by their losses, causing a possible increase in financial pressures." Any contributions are tax-deductible and will be used to assist students adversely impacted by the storm.

Carnival Corporation, the Carnival Foundation and the Micky and Madeleine Arison Family Foundation have pledged a combined $2 million in donations and in-kind contributions for relief to the Bahamas. Carnival is also partnering with Tropical Shipping and The Bahamas National Emergency Management Agency (NEMA) to collect and deliver donated food and supplies from Broward, Miami-Dade and Palm Beach counties for relief efforts in the Bahamas.

Royal Caribbean has announced a $1 million contribution towards relief efforts, and will match contributions to the Pan American Development Foundation (https://www.padf.org/hurricane-dorian-royal) up to $500,000. The company says that it will deliver aid supplies to the Bahamas aboard its own vessels, as it did for Puerto Rico in the aftermath of Hurricane Maria.

The Walt Disney Company, the parent company of Disney Cruise Lines, has also committed at least $1 million to the relief effort.