Nearly a week after a container fire was discovered aboard the X-Press Pearl while the vessel was anchored off Colombo, Sri Lanka, the situation continues to deteriorate. Images from the scene show that the fire has spread to engulf much of the vessel, while the Indian and Sri Lankan teams on site are reporting additional cargo and oil have been found in the sea. The 37,000 dwt containership, which was delivered to its owners in February 2021, is believed to be a total loss with fears growing that it is likely to sink causing an environmental incident.

Efforts to fight the fire are being hampered by poor weather conditions including high winds and rough seas due to the onset of South West monsoons. The crew had initially been fighting the fire, which is believed to have started from a reaction of chemicals in the cargo, and was assisted by the Sri Lanka Navy and Ports Authority. SMIT Salvage had also been retrained to manage the firefight and salvage.

The ship, which is carrying 1,486 containers, was abandoned by its crew on May 25 as the fire was intensifying in the worsening weather conditions. The firefighters also reported one or more explosions coming from onboard the ship. The vessel’s owners said that two of 25 crew suffered leg injuries requiring them to be taken to a hospital and one of the crew members tested positive for COVID-19 requiring isolation. The other crew are now in a quarantine facility in Colombo.

The Sri Lanka Air Force reports that its helicopters dropped 425 kg of dry chemical power this morning onto the fire, but it seems to have had little effect. Vessels from the Indian Coast Guard and Sri Lanka continue to fight the fire along with three tugboats while efforts are also underway to contain an oil slick that was spotted near the vessel.  The vessel remains at anchor off Colombo. 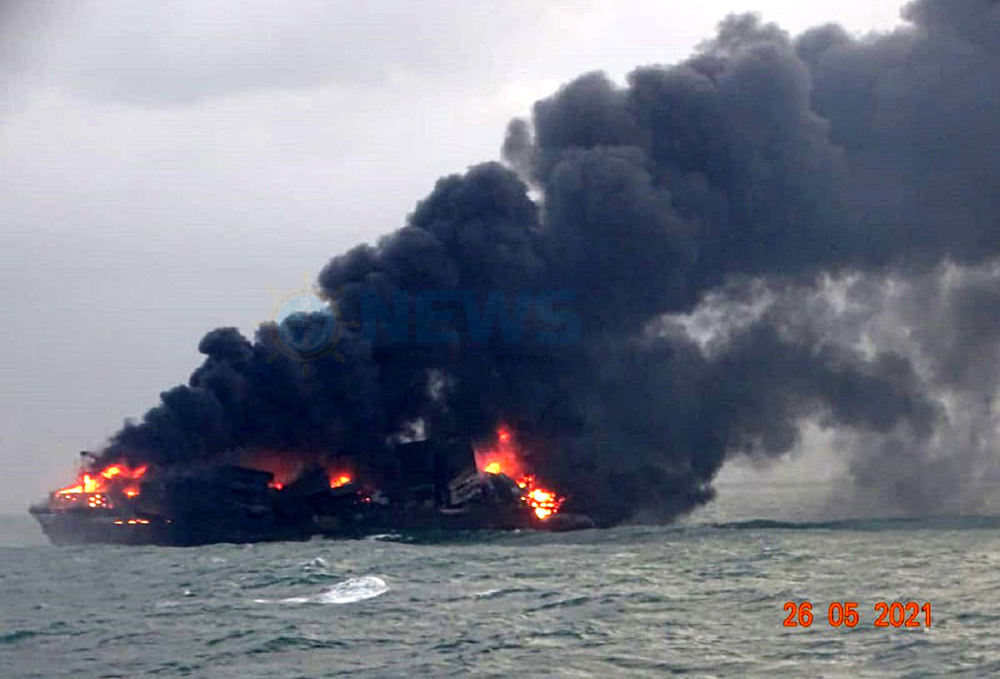 The President of Sri Lanka, Gotabaya Rajapaksa, went on social media this evening to thank the firefighters for their efforts and assure citizens that efforts were underway to safeguard the country’s coastline. He instructed the country’s Marine Environmental Protection Authority to begin water sampling along the coast.

This came as there were increasing reports of debris and containers washing up on the shore. Despite warnings from the authorities to stay away from the debris due to the dangerous chemicals in the cargo, pictures appeared of people carrying off debris from the containers. The police warned that they have begun investigations to trace people who collected the debris and also violated COVID-related travel restrictions.

#Debris and cargo that were on board the #Container Vessel #XPressPearl have been spotted along the beach in the “Kapungoda ,Seththapaduwa” area in #Negambo by local #fishermen. A cargo container has also been spotted at around 4am in the same area. The fire continues. pic.twitter.com/IQlzrC9acq

Cargo consultants WK Webster advised clients that a LOF salvage contract was signed with professional salvors and General Average has been declared. Assuming that some cargo would have been saved, they warned that Salvage and General Average securities might have been required. Recent images, however, suggest that the cargo and likely the vessel are now a total loss. Insurers are reported to be preparing for significant claims as a result of the incident. 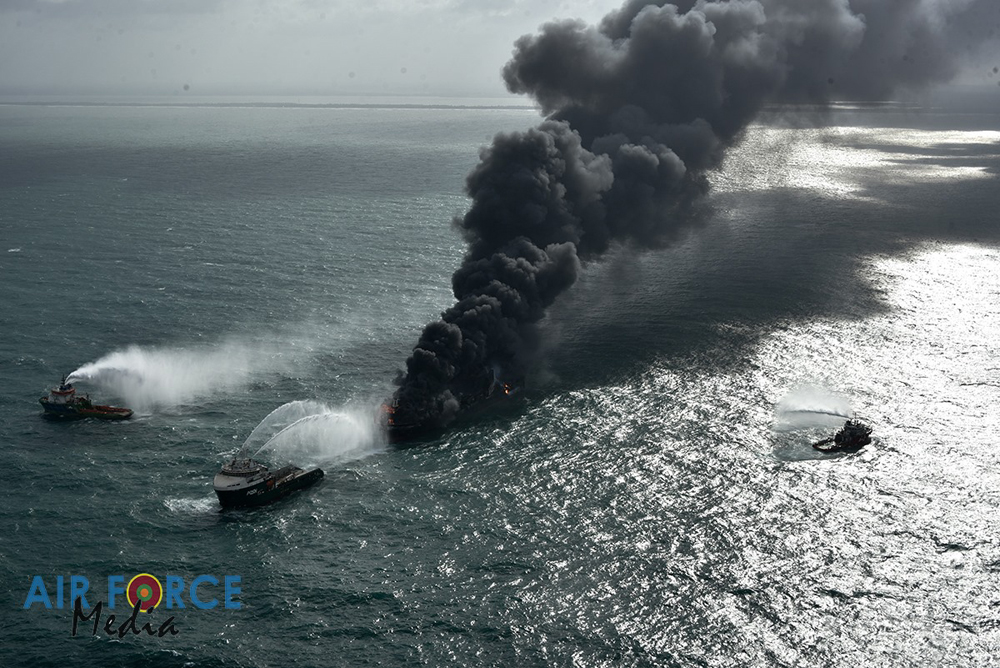 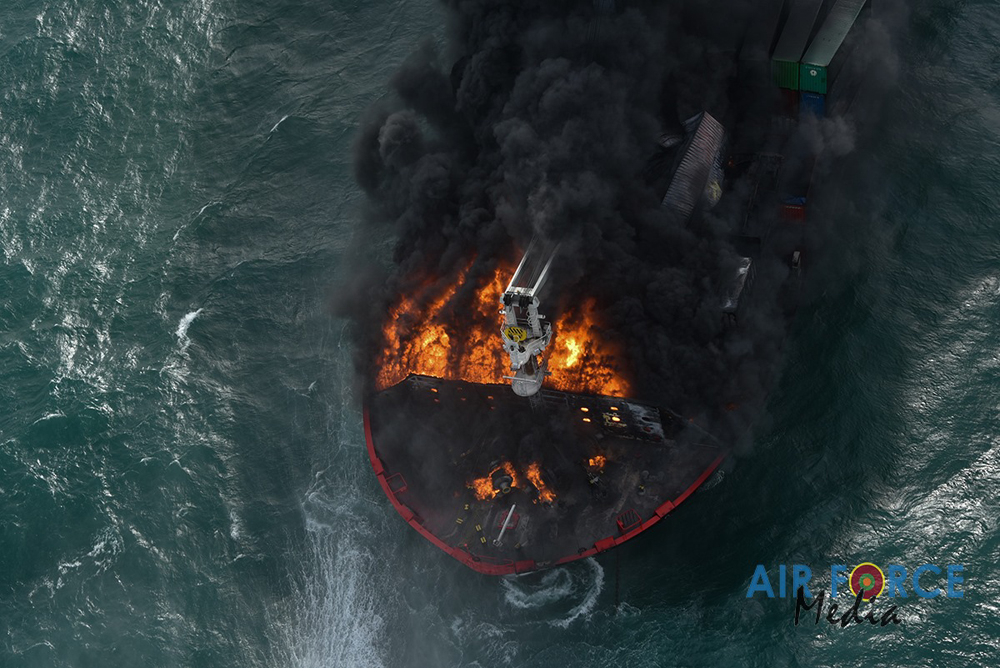 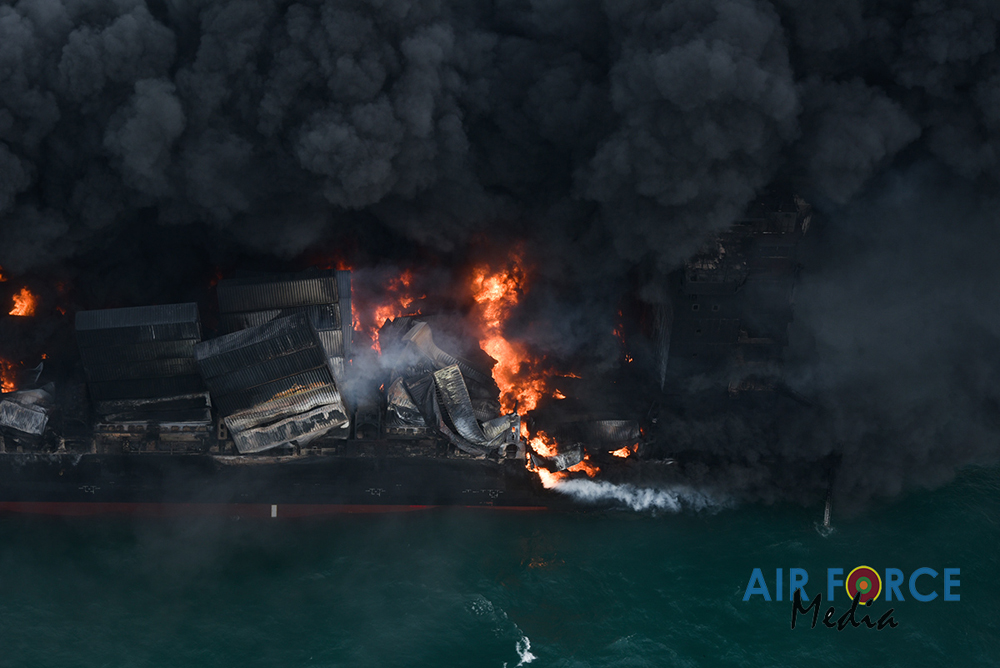