A week after a container vessel owned and operated by shipping companies in the UAE caught fire reports indicate the vessel has sunk. Professional salvors have been instructed to render salvage services to the vessel after the vessel was abandoned approximately 123 nautical miles northwest of Jizan port in Saudi Arabia.

“It is reported that the TSS Pearl has sunk approximately 300Km South East of Port Sudan,” writes claims consultancy WK Webster in an update to clients. “Several containers are reported to be floating at the site of the sinking, but it is currently unconfirmed if any of the vessel superstructure remains visible.”

Few additional details are available with speculation that the vessel was likely in a deep part of the Red Sea meaning it is a total loss. It is unknown if the fire was extinguished after the vessel was abandoned and if salvage teams had been able to reach the vessel. Webster reports that a fire expert had been instructed to investigate the cause of the fire and had begun work before the vessel was lost.

The fire broke out on October 5 when the 14-year-old containership was transiting from Jeddah to Aden. The TSS Pearl, which was built in China, was registered in Panama, owned by Rafidain Shipping and operated by another UAE-based company Tehama Shipping. The 626-foot vessel had a capacity of 1,850 TEU and was 27,155 dwt.

The crew which numbered 25 was evacuated from the ship after the fire broke out in a container stack just forward of the accommodation block. Saudi Arabia’s Border Guard managed the evacuation of the ship and reported that the crew was uninjured and taken to the port of Jizan.

Japan’s NYK Line provided additional details on the rescue operation. They are reporting that their car carrier Orion Leader (57,500 gross tons) was sailing in the Red Sea from Laem Chabang, Thailand, to Jeddah, Saudi Arabia, when she received a distress call concerning a containership on fire. At 0030 on October 6, the car carrier rescued eight sailors by launching its lifeboat and later transferred them to the bulk carrier St. Dimitrios, which was also engaged in the rescue operation. 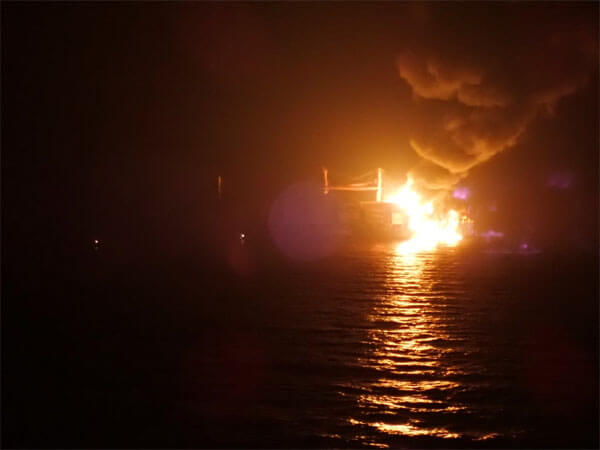 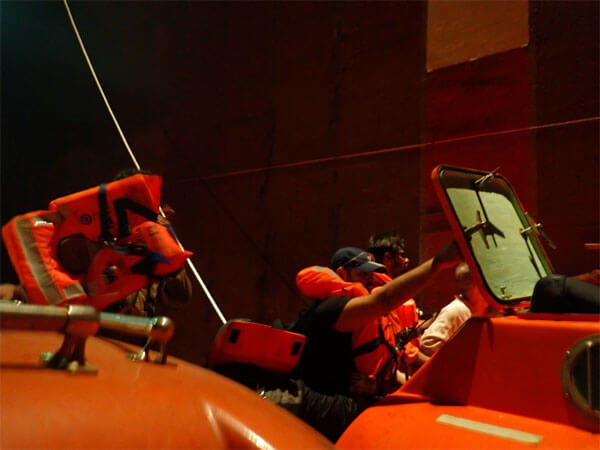 (Photos of the rescue courtesy of NYK Line)