Carnival Cruise Line’s cruise ship Carnival Freedom experienced a fire this morning shortly after it docked at Grand Turk in the Turks and Caicos Islands. The cruise line issued a brief statement later reporting that it was a fire contained in the funnel of the 110,000 gross ton cruise ship and that no one aboard was injured.

Passengers from the Carnival Freedom and another of the company’s cruise ships, the Mardi Gras which was arriving at the dock, began sending out spectacular pictures of the flames shooting from the starboard side of the funnel along with billowing smoke. Fire crews can be seen spraying water on the funnel.

Carnival Freedom caught fire in Grand Turk while docked this morning. Praying there are no injuries and everyone will be safe. #carnival #fire #grandturk pic.twitter.com/G8p3karGsp

According to the social media reports, passengers from the neighboring cruise ship began yelling to the passengers out on their balconies that there was a fire aboard the ship. One passenger from the Carnival Freedom recounted on social media that they were drinking coffee on their balcony when the passengers from the Mardi Gras yelled to them about the fire. They grabbed passports and ran to the gangway of the Carnival Freedom to disembark but reported that the crew sent them to their muster stations.

The Carnival Freedom is on a five-day cruise that departed Port Canaveral, Florida on Monday, May 23. The ship was arriving at Grand Turk from Amber Cove in the Dominican Republic. The Carnival Freedom had become the fourth Carnival ship to resume operations from Miami last October. The cruise line did not report how many passengers are aboard this cruise, but the ship has a capacity of 2,980 passengers and normally has 1,150 crew. 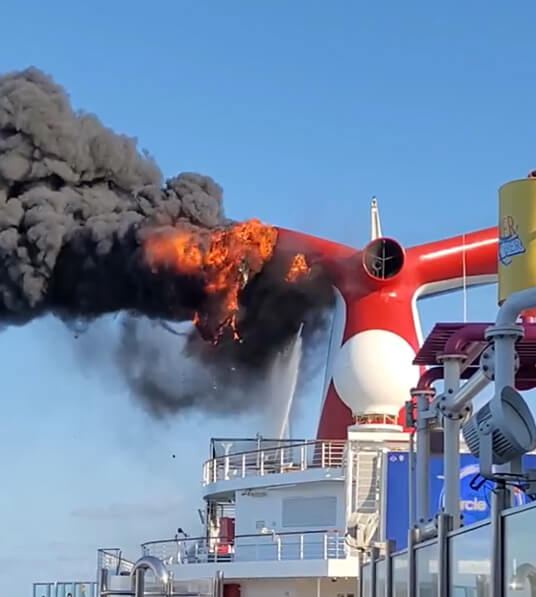 Fire was contained to the starboard side of the funnel (Twitter) 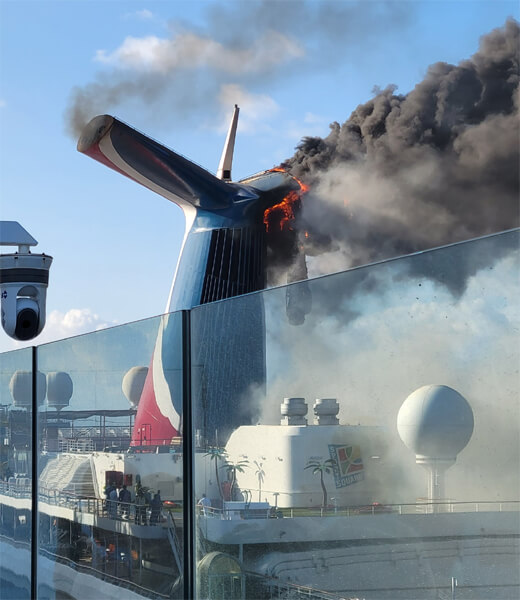 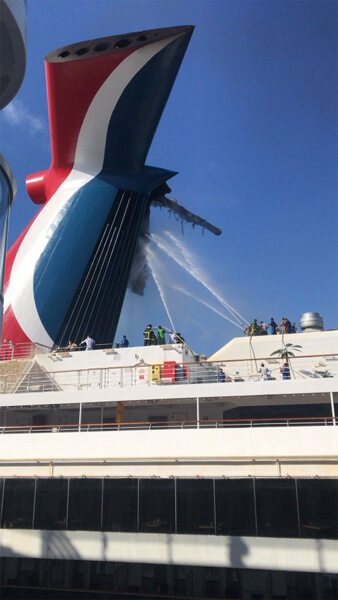