Europe installed a record 3.6GW of new offshore wind capacity in 2019, according to statistics released by WindEurope.

Europe now has 22GW of offshore wind. The U.K. and Germany account for three-quarters of it. Denmark, Belgium and the Netherlands share nearly all of the rest.

The average size of the offshore turbines installed last year was 7.8MW. A 12MW offshore wind turbine was installed in Rotterdam.

Offshore wind costs continue to fall significantly. Last year’s auctions in the U.K., France and the Netherlands delivered prices for consumers in the range of €40-50/MWh ($44-55). This is cheaper than building new gas, coal or nuclear.

The European Commission says Europe needs between 230 and 450GW of offshore wind by 2050 to decarbonise the energy system and deliver the Green Deal. This requires Europe to build 7GW of new offshore wind a year by 2030 and ramp up to 18GW a year by 2050. The current level of new installations and investments would not meet that. 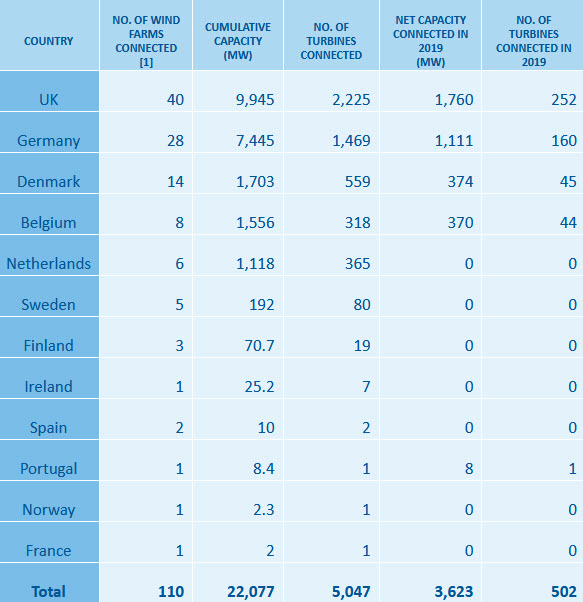