South Korea's Samsung Heavy Industries has won a 2.8 trillion Korean Won contract to build the FLNG for Eni's Coral development in Mozambique. It will be the first FLNG in Africa.

This latest order for the yard further extends its order record for 2017 which include eight tankers, two LNG carriers, an FSRU, a FLNG and a FPU worth $4.8 billion in total.

The Coral South LNG project, for its size, quality of resources and geographical position, will transform Mozambique’s economy, says Eni. It is the first project in the development of the considerable gas resources discovered by Eni in Area 4 of the Rovuma Basin.

The Coral field, discovered in May 2012, is located within Area 4 and contains approximately 450 billion cubic meters (16 TCF) of gas in place. In October 2016, Eni and its Area 4 partners signed an agreement with BP for the sale of the entire volumes of LNG produced by the Coral South project for a period of over 20 years.

Eni is the operator of Area 4, through its participation in Eni East Africa (EEA), which holds a 70 percent participating interest in the concession while Portugal’s Galp Energia, South Korea’s Kogas and Mozambique’s Empresa Nacional de Hidrocarbonetos (ENH), each hold 10 percent stake. 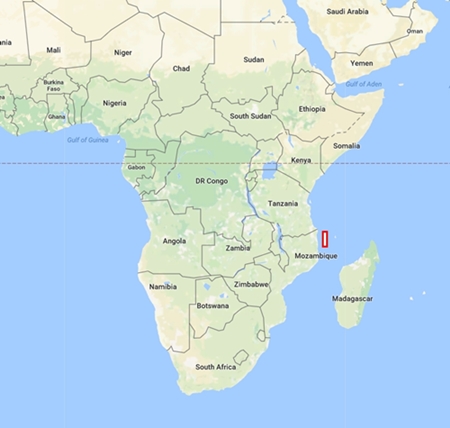