Animal welfare organization Dolphin Project has rescued three dolphins that were destined for an Indonesian circus.

On December 15, 2017, Dolphin Project received reports that the recently-caught wild dolphins were being held at Menjangan Shark Pool. The two spinner dolphins and a single bottlenose dolphin were in extremely poor condition. The mammals were being held in shallow water, filled with over 30 reef sharks. All were to be sold to Indonesia’s traveling dolphin circuses. 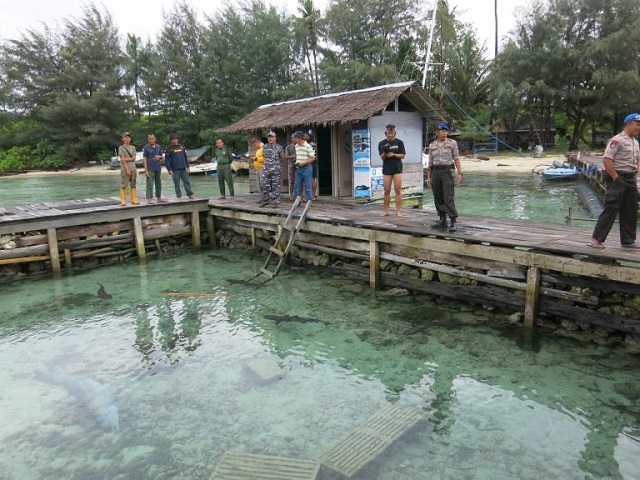 Spinner dolphins can be found in the shallow waters of Indonesia and are known for their acrobatic agility. They are smaller than the more commonly-known bottlenose dolphins, but like all species of dolphins, are acoustically-driven. While their echolocation, or sonar, serves them well in the wild, guiding their navigation as well as helping to locate prey, in a sterile, captive environment this skill is virtually useless, creating a sonic house of mirrors, says Dolphin Project.

The bottlenose dolphin was covered in rope burns, lacerations and possible internal injuries, all sustained as a result of her violent illegal capture by local dolphin dealers and within hours, died. 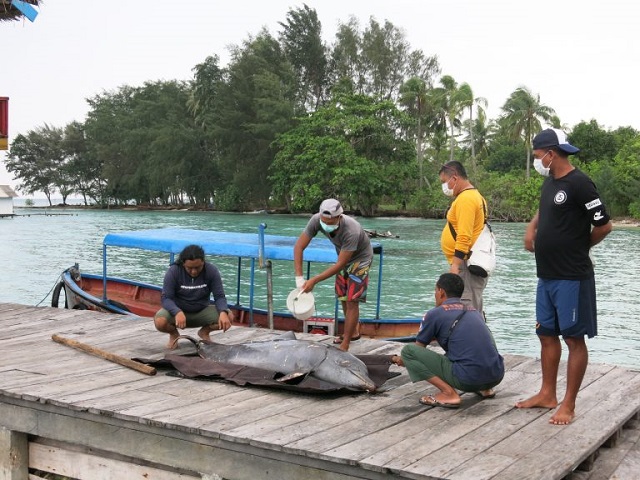 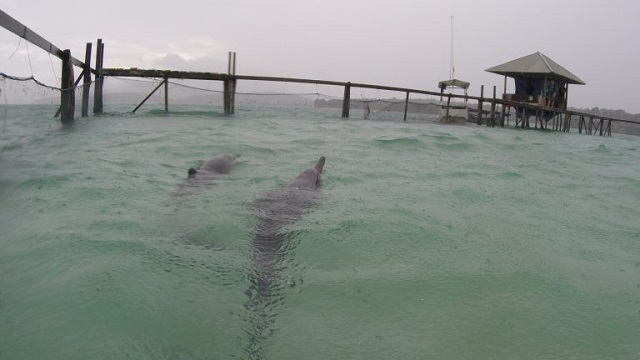 Four days later on December 19, Kari started to weaken, and began swimming upright. He was moved to the medical pool and provided with hydration along with vitamins and other nutrients, but later died. He too had been fatally injured during his capture: his tail flukes and pectoral fins were shredded, he was covered in rope burns and lacerations and he suffered from possible internal injuries.

Munjawa appeared healthy and releasable. She had been very active up until this point, swimming well and echolocating. However, after Kari’s death, she stayed in one spot, unmoving. She was loaded onto a small boat and released in her home range. At first, she swam in a slow circle around the team’s boat, but once she realized she was free, she sped off towards the small island where she was first captured. The team hoped that, given the proximity of other spinner dolphins in the area, she would be able to rejoin her pod. 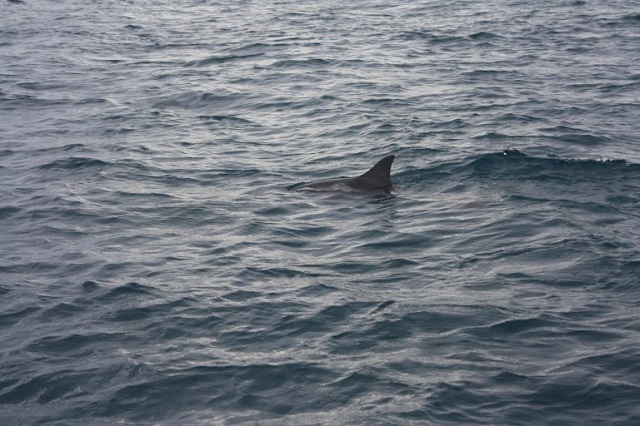