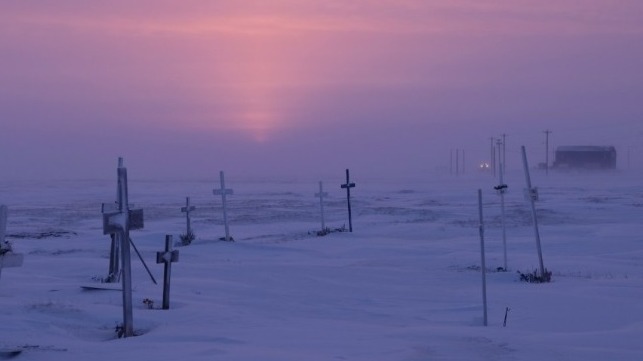 An allision at Venezuela's main oil export port may have serious implications for PDVSA's contractual obligations with foreign oil consumers, including Russian oil major Rosneft, which has agreed to accept loan payments from PDVSA in the form of heavy crude oil.

Last weekend, a tanker allided with the South Dock at the PDVSA terminal at Jose, Venezuela. The remaining piers and the terminal's offshore single point mooring buoys are operational, but a shutdown at the South Dock adds to PDVSA's other difficulties in sustaining export volumes. Jose handles the exports from Venezuela's Orinoco Belt region, the center of the nation's oil production.

According to shipping agency Vinodol, the terminal's South Berth is capable of handling VLCCs of up to 250,000 dwt. Under normal operating conditions, the facility can load at a rate of 25,000-80,000 barrels per hour, making it capable of fully loading a VLCC in one day.

Reuters reports that the Jose terminal's East and West docks are currently at capacity. AIS data showed more than a dozen tankers at the adjacent anchorage, and media reports indicate that at least five VLCCs are currently awaiting loading.

Under a debt restructuring agreement signed in April, PDVSA agreed to provide Rosneft with 130,000 bpd of heavy crude. Rosneft has extended more than $6 billion in loans to the cash-strapped oil firm, raising concerns about its exposure to Venezuela's rapidly-contracting economy and declining oil production.

PDVSA faces serious financial difficulties. It has defaulted on $2 billion in bonds and is behind on $6 billion more, plus billions in unpaid accounts for goods and services. In addition, it has had limited access to its terminals and refineries in the Dutch Caribbean since May, when ConocoPhillips moved to seize its foreign assets to fulfill an unpaid arbitration award. PDVSA settled with ConocoPhillips on August 20, paving the way for the renewed use of its facilities in Curacao and nearby islands.

"Last evening the officers broke up a card game in one cigar store, and left orders that no persons were allowed to congregate or play cards or stand around and talk. Patrons are to make purchases and then get out. There is little danger of contagion so long as people remain in the fresh air.” - Juneau, Alaska, October 18, 1918, as reported in the Alaska Daily Empire "Among the natives whole families have been wiped out. First made helpless...