A team of undersea explorers has confirmed the location of the wrecked steamboat Pulaski, which went down off the coast of North Carolina in 1838.

Thanks to nitrox enriched dive techniques, which allow longer time at depth, divers with Blue Water Ventures were able to locate a large number of coins and artifacts that correspond to the Pulaski - including a candlestick stamped with the ship's name (below). The site has also produced 115 gold and silver coins, all with dates prior to 1838. According to Blue Water Ventures, the team has also found a pocket watch, brass wall sconces, keys and a numbered tag with the SB Pulaski's name on it. 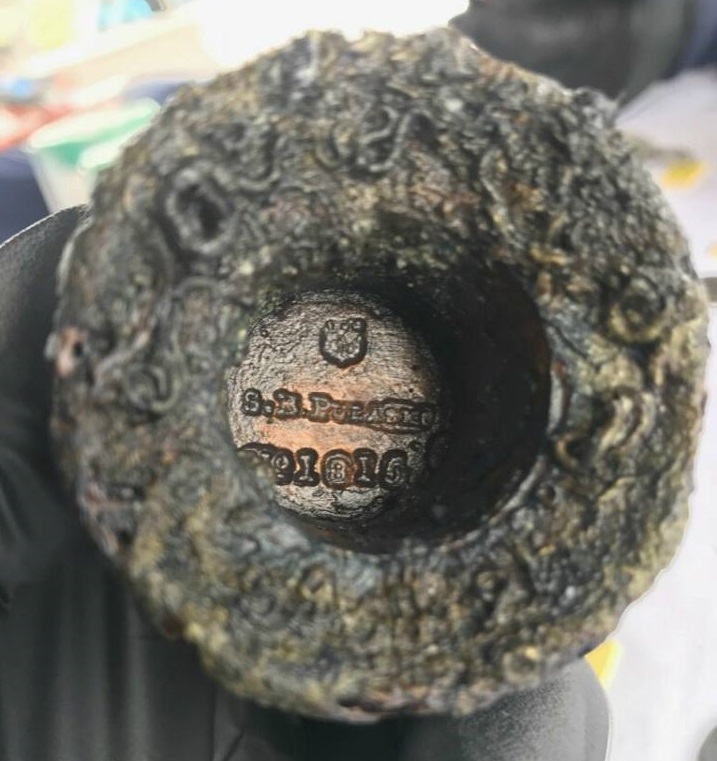 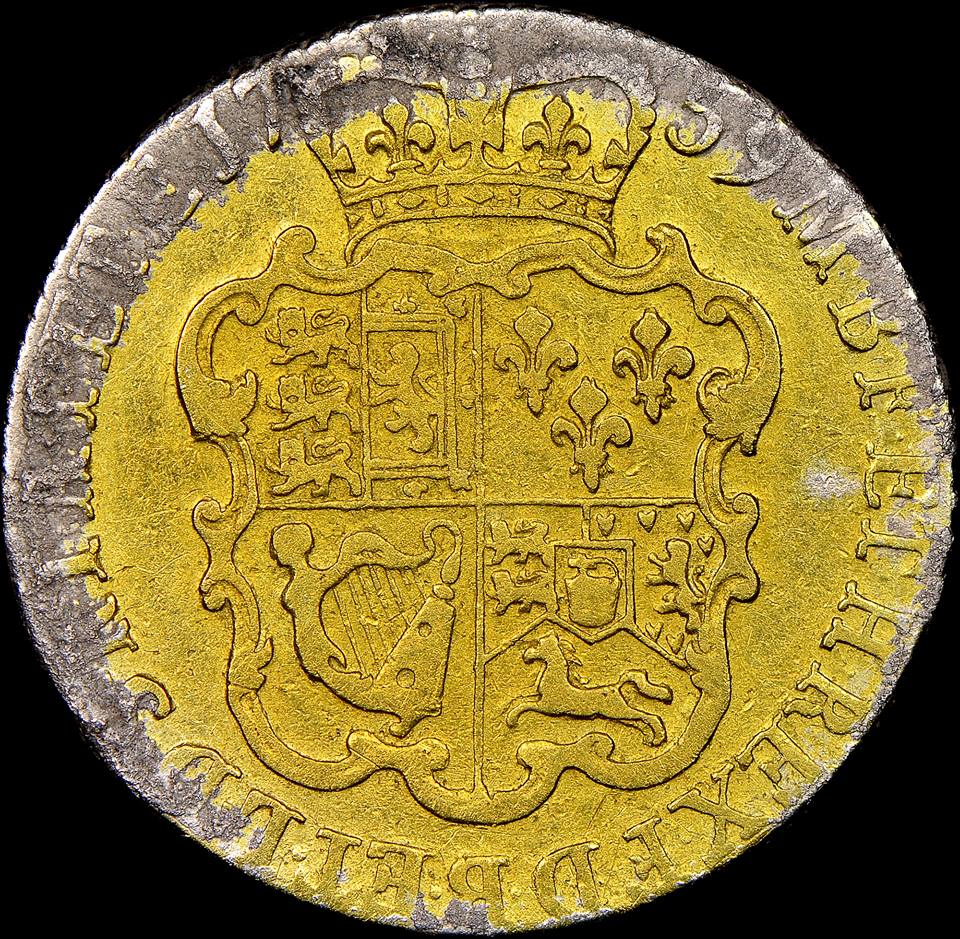 “As the weather conditions improve off the coast of North Carolina, the Blue Water Rose will be working as much as possible on the site to fully recover this shipwreck. We are proud to share the history and legacy of this lost but not forgotten piece of American history," said Keith Webb of Blue Water Ventures.

Micah Eldred, CEO of expedition backer Endurance Exploration Group, noted that the artifacts from the Pulaski found to date are just a small fraction of the valuables believed to be on board at the time of her sinking. "We look forward to an exciting 2018 recovery season!" he wrote in a statement.

Endurance Exploration has filed an admiralty claim on the wreck site, giving it salvage rights for the goods found on the bottom. Blue Water is working with archaeologists to document the site's cultural significance and is taking measures to minimize disturbance of the seafloor.

On June 13, 1838, the Pulaski was under way from Savannah to Baltimore with about 150 wealthy passengers on board. At about 2300 hours, she broke up and went down, taking 128 passengers and crew with her. Prominent casualties included a former congressman and the wife of a well-known banker. 59 survived, including thirty who remained afloat on pieces of the wreckage and were rescued by the schooner Henry Camerdon.

In an account published by the North Carolina Standard shortly after the disaster, crewmembers and passengers from the Pulaski testified that the starboard boiler had exploded due to operator error. "Mr. Cooper, Mr. Lovejoy and others give it as their opinion, that . . . the boilers had been emptied [due to negligence] - which alarmed the [2nd] Engineer and caused him in his fright, to fill them suddenly with fresh water. The boiler being heated to redness, this body of water was instantly converted into steam with an expansive force which the sides of the boilers were too feeble to resist."

Accounts from the survivors indicated that the vessel broke up and segments of her hull sank within 45 minutes. Webb pointed out that based on the amount of coins and jewelry found at the dive site, her passengers probably did not have time to take their valuables with them. He told the Miami Herald that divers had found pieces of copper far from the center of the wreck site, possibly thrown by a blast before the sinking.