The Singapore-flagged bulker Funing has been brought safely alongside at the Port of Tauranga on the north island of New Zealand. The vessel experienced a power failure while in the main shipping channel and for a time threatened navigation to New Zealand’s largest port.

The 40,000 DWT bulk carrier was departing New Zealand bound for China with a load of timber on July 6 when it lost engine power at approximately 12:30 am local time while in the main shipping channel. There was a pilot aboard at the time but Maritime New Zealand reported that the weather conditions were considered poor with a 30 knot wind and significant swell.

After losing power the Funing was unable to steer and began drifting due to the high winds and tides in the area. The vessel snagged the chains holding one of the buoys marking the shipping channel. The tides and currents then pushed the Funing across the channel before the ship was able to anchor and hold position.

At the time of the incident, there were 20 crew members aboard. None of the crew was injured and Maritime New Zealand said that there were no reports of oil or other pollution from the vessel. 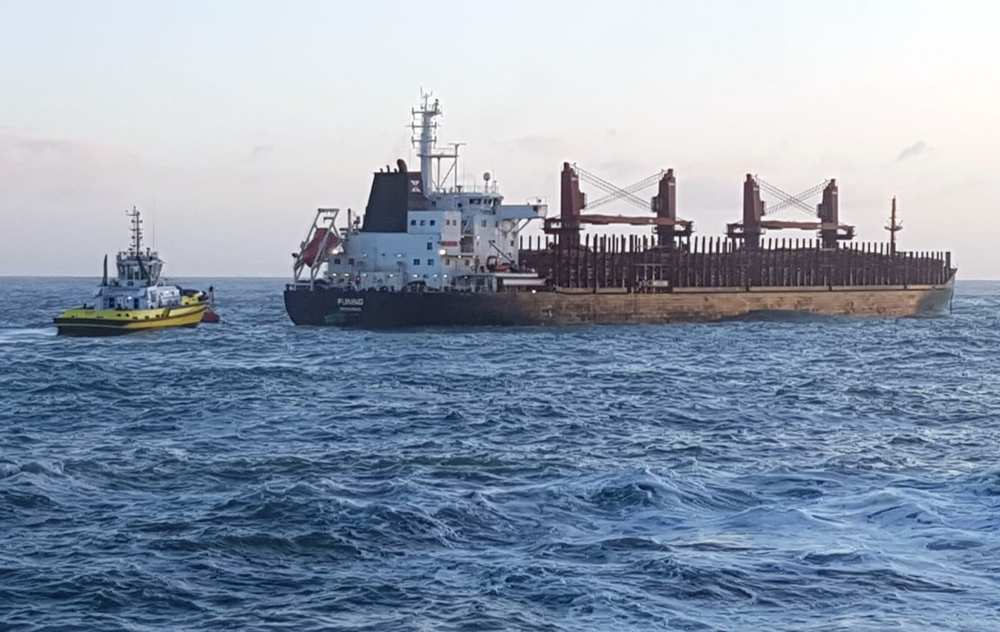 New Zealand dispatched two tugs to the vessel’s assistance and they were later able to tow the Funing to deeper water and a safe anchorage. An inspection of the propeller and rudder was conducted by divers because it was believed that the vessel had made contact with a marker buoy at the harbor entrance.

After having remained at anchorage for the past week, the offshore tug Pacific Runner arrived in Tauranga to assist the Funing. They completed a towage trial this morning and later in the day towed the vessel to the dock in Tauranga

A further investigation of the incident will be conducted. Repairs are also commencing and expected to last up to 14 days before the Funing can resume its voyage to China.