D-Day at 78: Remembering the Largest Seaborne Invasion in History

June 6, 2022 marks the 78th anniversary of the launch of Operation Overlord, better known as D-Day. The beach landings at Normandy, France are perhaps the most enduring symbol of Allied courage in the face of Nazi aggression, and are especially symbolic this year: many of the same allies are pushing back on a new war of aggression in Ukraine, the first major land war in Europe since the end of WWII.

On June 6, 1944, Allied forces under General Dwight D. Eisenhower took advantage of a narrow weather window and stormed the beaches at Normandy, France. It was the largest amphibious assault in history and a momentous step towards the end of the war.

To support the operation, the Allies had a force of 150,000 soldiers, 11,000 aircraft and 7,000 vessels at their disposal, including 4,000 landing craft and 860 merchant ships. Despite its massive size, "Operation Overlord" was kept secret until the beginning of the assault, a success attributable to a careful campaign of deception.

The target 50-mile stretch of the Normandy coast was divided into five sectors: Utah, Omaha, Gold, Juno and Sword Beach. While the weather on D-Day was far from ideal, postponing would have meant a delay of at least two weeks, as the invasion planners had requirements for the phase of the moon, the tides, and the time of day that meant only a few days in each month would work. 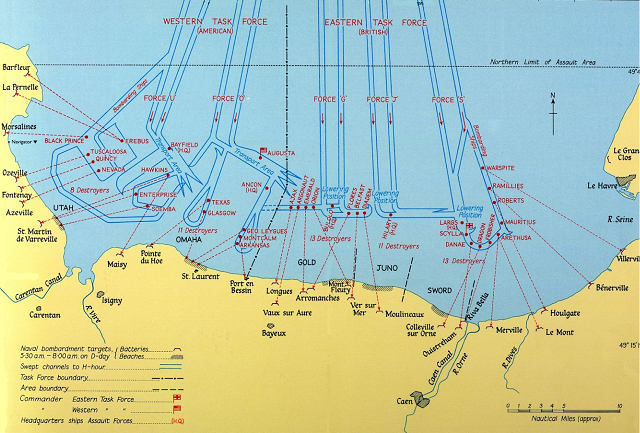 Despite the weather, the landings were a success. By the end of the first day Allied troops were on shore and ready to push Nazi forces out of France - but at a heavy price. The men landed under heavy fire from gun emplacements overlooking the beaches, and the shore was mined and covered with obstacles such as wooden stakes, metal tripods and barbed wire. 4,400 Allied personnel died in working their way up the beach, including 2,500 American soldiers. The landing at Omaha Beach accounted for nearly half of the casualties, as steep terrain and limited fire support made the going especially tough.

Within a day, naval forces began to engineer the installation of a temporary seaport at Omaha and Gold beaches. Dozens of merchant ships were stripped down, dispatched to the site and sunk in place as block ships to create rudimentary breakwaters, making it easier to bring landing craft onto the beach. The armed crew of these grounded block ships were under aerial bombardment and artillery fire for weeks. Within weeks, engineering teams turned the beachhead into a rudimentary port, complete with piers and floating roadways. It handled four million tonnes of cargo to fuel the fight over the next 10 months. The remains of this engineering marvel can still be seen today at the seaside town of Arromanches, France, the home of the D-Day Museum. 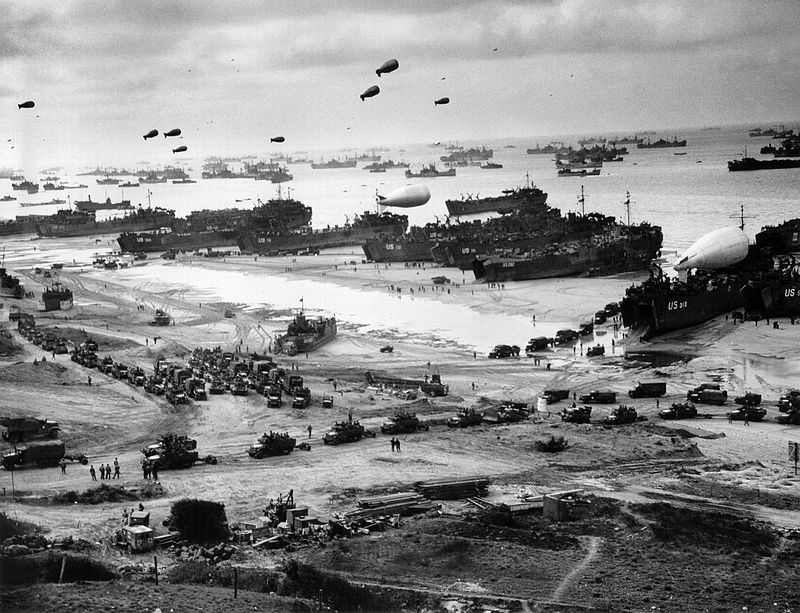 The immediate aftermath of the landings: an instant port for LSTs, arriving by the dozens (USN) 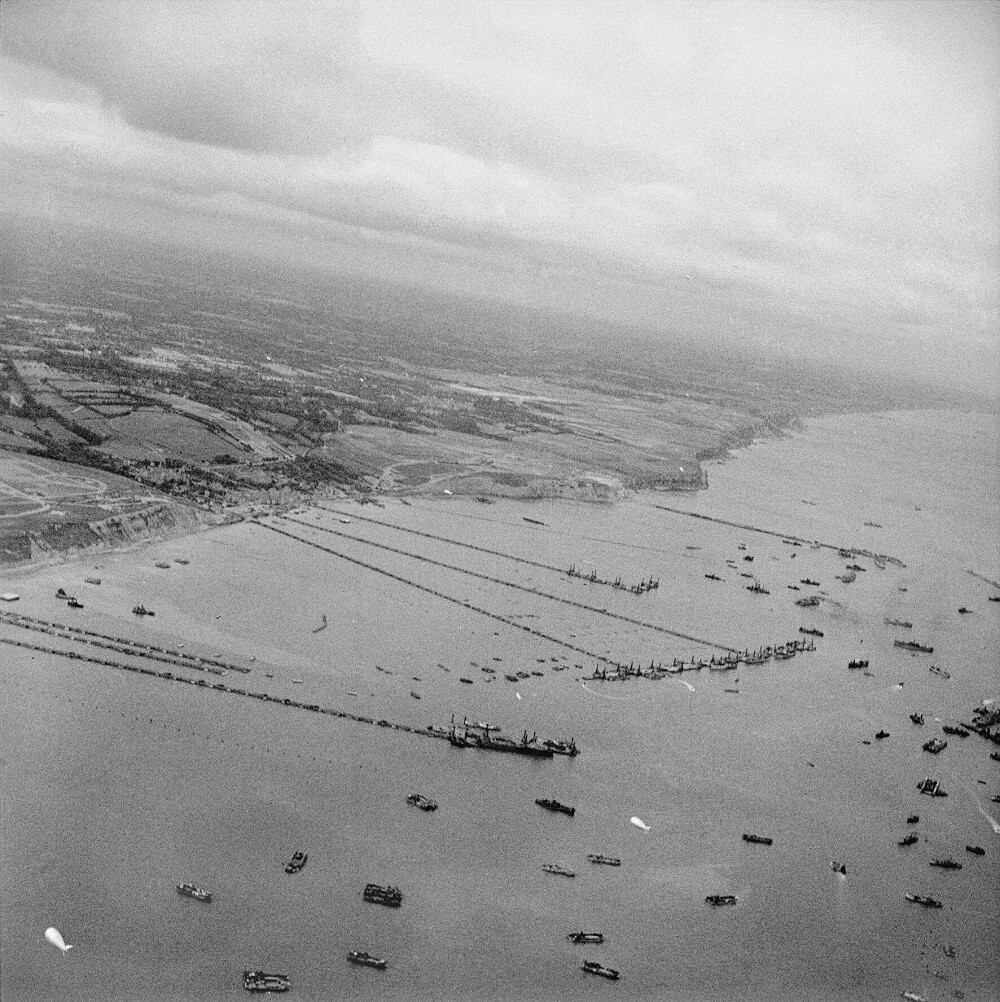