Around the cruise industry, there have been quiet efforts to recall some of the many crew members that had been repatriated in the spring and summer as the industry’s pause in operations was extended. In some cases, the rehiring is due to the planned restarts of a limited number of cruise ships while in other cases the cruise lines are facing the same issues of crew change that the broader maritime industry has been addressing.

Among the cruise lines rehiring crew for the anticipated restart of their ships is both Royal Caribbean International which plans to resume operations with its ship the Quantum of the Seas in December and Genting’s Dream Cruises that is preparing to restart its second cruise, the World Dream. Both ships have been approved by the authorities in Singapore to begin cruises to nowhere as part of a trial program.

Genting Cruise Lines is using the opportunity also as a way to help Singapore’s residents and the local economy. The line announced that it will be searching for talent to fill over 100 jobs covering all aspects of cruise ship operations. Among the positions they reported will be available are chefs, media technicians, and various hospitality staff. Genting said the talent search will encompass a broad experience ranging from ex-naval or maritime officers and crew to the hard-hit food and beverage sector and the hotel and hospitality industry.

Royal Caribbean International has also hired people for five-month contracts lasting until the end of March 2021. This line has been including people from outside Singapore in the hiring. These individuals are undergoing two-week quarantines before departing for Singapore and then will spend a further two weeks in quarantine aboard the cruise ship before beginning the process to restart the ship for its cruises in December. 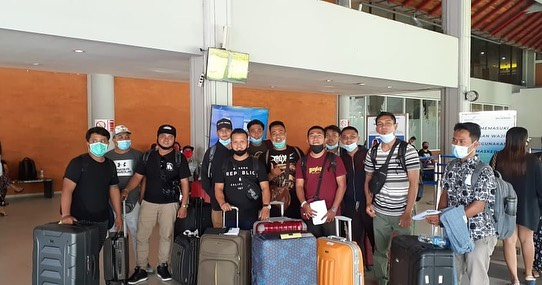 Among the other rehires for crew one of the staffing agencies, CTI’s office in Bali reported that it has rehired a small number of people and made the complex arrangements to send them to the Caribbean to reboard several of Carnival Cruise Line’s ships. In social media postings, CTI said that the individuals were for a range of positions.

CTI published pictures of crew members in the airport and then arriving in St. Maarten to board ships, including the Carnival Horizon and the Carnival Pride. The first group of 15 people was sent followed by another group of 80. Like the other cruise lines, the crew members are going into a 14-day quarantine aboard the ships before resuming work.

Carnival Cruise Line did not confirm if these people are part of an early effort to begin to reactivate a few cruise ships or if they are replacing crew members aboard the idled cruise ships. Vice Adm William Burke (USN, ret'd), who is the Chief Maritime Officer at Carnival Corporation recently discussed the corporation’s crewing efforts. He said even in shutdown there are approximately 100 crew members on each of the company’s nearly 100 cruise ships.

Speaking of the challenges for the crew aboard the ships, Burke said it still challenging work and that it has been further complicated by a sense of loneliness. He said the company continues to work to send fresh crew out to the ships.

Talking at a forum entitled “Adrift: COVID-19 and the Safety of Seafarers,” hosted by CNA, a nonprofit research and analysis organization, Burke talked about the size of the company’s efforts to repatriate crew. He said Carnival Corporation spent more than $300,000 million sailing 60 ships over 800,000 miles and operating 230 charter flights to repatriate 80,000 crew members. 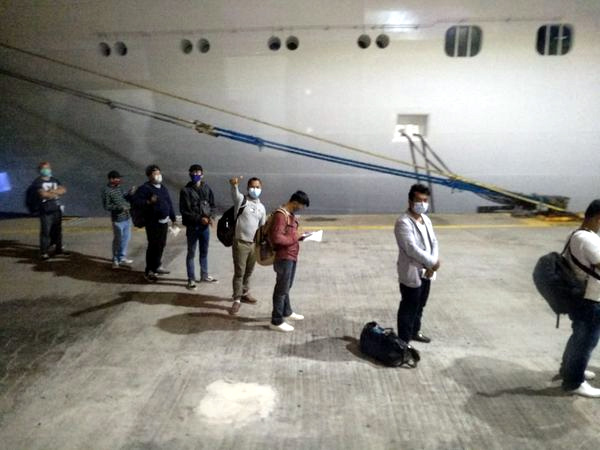 CTI said it hopes that this was the beginning of a more sustained rehiring effort that would see more crew members getting back to work. For these first crews, they will not only face the challenges of the work, which is demanding, but they will also be working under strict health and safety guidelines. Also, the crews in Singapore, for example, will not be permitted to go ashore once they board the vessel, similar restrictions to what the crews in Europe have faced where the cruise lines have agreed to limit passengers and crew to only go ashore on company organized excursions during the port calls.