The program included a "Siege of Cádiz" treasure hunt, performances from live bands, an inter-ship tug-of-war competition, and an awards ceremony. At 1700 hours, all four ships left Cádiz in procession. The Braemar headed to Southampton, UK; Balmoral and Black Watch departed for Lisbon, Portugal; and the Boudicca headed to Ibiza, Spain.

The cruising home port capital of the world, Miami, routinely hosts up to eight giant vessels at a time. However, the convergence of all of a single line's ships at a port of call - not a home port - is an unusual occurrence.

Fred. Olsen brought its fleet together once before at a 2015 meetup in Bergen. It plans a third reunion in Madiera in 2020. 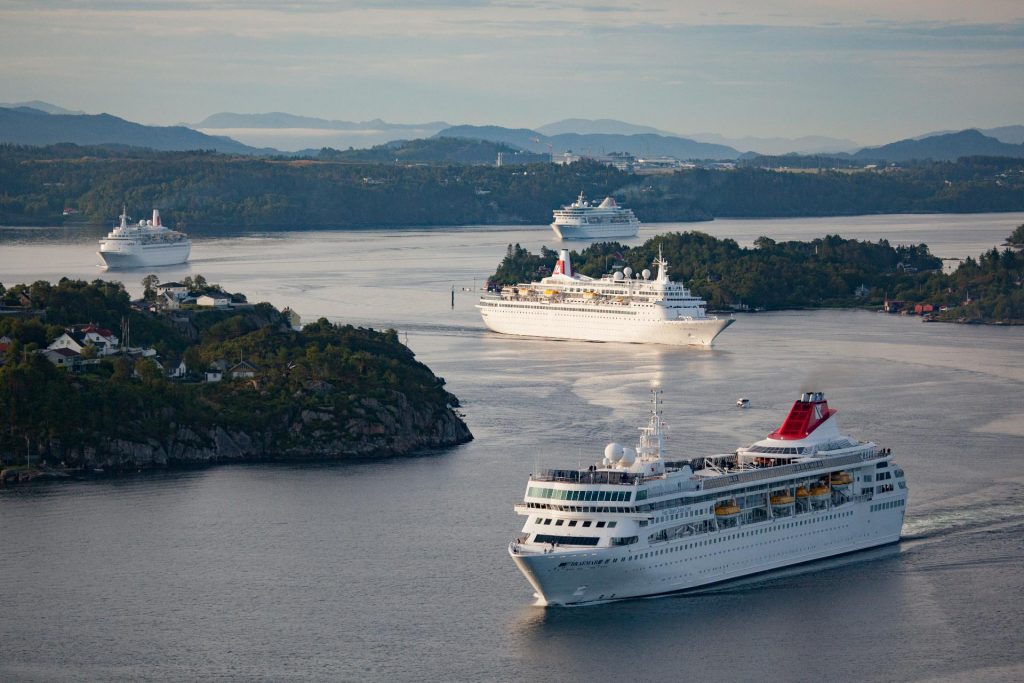 Cosco Shipping Group, the Chinese state-run shipping company, is the latest to join the growing momentum in digitization through the use of blockchain technology. China Ocean Shipping Group signed a strategic cooperation agreement with China’s e-commerce company Alibaba and its affiliate Ant Group, to jointly promote the development of blockchain technology for shipping logistics. According to the agreement, China Ocean Shipping will work with Ant Group to jointly research and promote the deployment of the strategic connection in shipping, ports, logistics,...

Shipping giant the CMA CGM Group is reorganizing its transpacific operations consolidating under one brand and expanding its use of Singapore as a hub for its operations in the Asia-Pacific region. In the process, the commercial operations of APL, one of the most storied names in American shipping history, are largely being phased out as the brand focuses on service to the U.S. Government. “The reorganization of our transpacific trade will keep our global network more efficient and diversified,” said...

On Tuesday, a group of technology companies and researchers released a concept design for a new autonomous guard vessel for offshore installations like wind farms. Manned guard vessels pose several operational challenges, including the cost and the dull nature of the task, which makes it difficult to recruit and retain qualified mariners. “Guard vessels perform an essential job, however, it is not the most exciting one for crew. Combined with the fact that conventional guard vessels are mostly outdated and...