The team working on the removal of the capsized car carrier Golden Ray is preparing for the final stage of the operation to remove the vessel that has been lying on its side in St. Simons Sound since September 2019.

The twin-hull heavy lift vessel VB-10,000 arrived at the Port of Fernandina in Florida on July 3 for final modifications and function checks before heading to St. Simons Sound. The lift vessel is currently scheduled to arrive at the wreck site by mid-July. 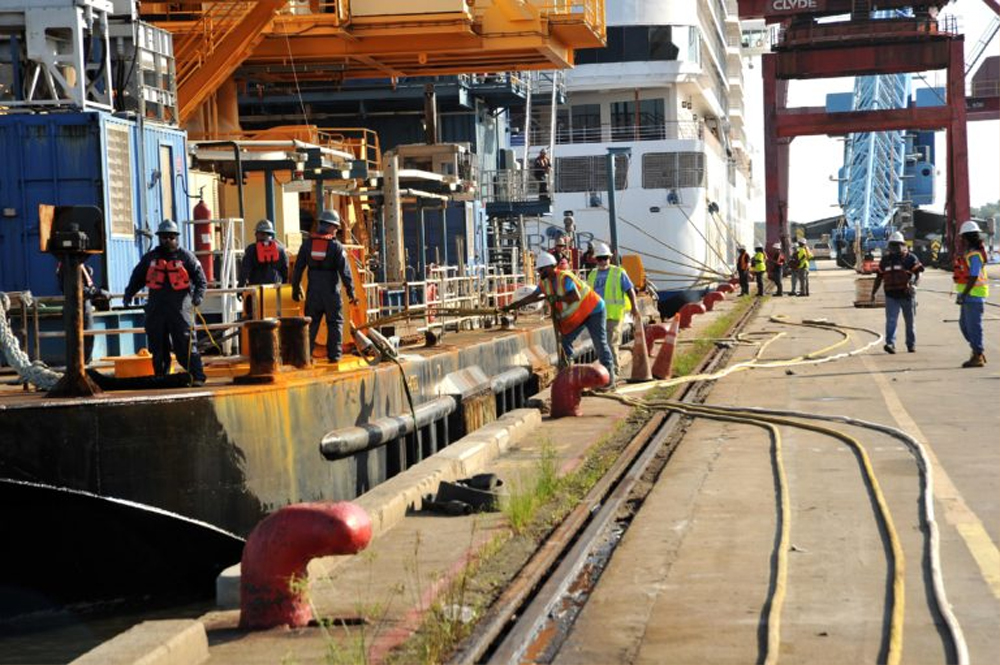 The 255-foot tall gantries of the VB-10,000 made an impressive sight at the docks in Florida. The configuration of the rigging beams underneath the top of the gantries will be modified to prepare for the lifting on the Golden Ray.

Under a plan approved in February, contractors will remove the wreck using the VB-10,000 which will straddle the wreck and cut through the hull with a large diamond-cutting chain. They will make seven cuts separating the wreck into eight large sections. Each section of the Golden Ray, weighing approximately 2,700 to 4,100 tons, will then be lifted by the VB-10,000 onto a barge. Finally, the sections will be transported to a certified off-site recycling facility for further dismantling and recycling.

“Each individual large-section cut will take approximately 24 hours, and once a cut begins, must continue until that cut is complete,” said John Maddox, Georgia Department of Natural Resource state on scene coordinator. “That means noise through the night during some 24-hour periods. We do not yet know when the cutting will begin, but we will make announcements for cutting operations once they are scheduled.” 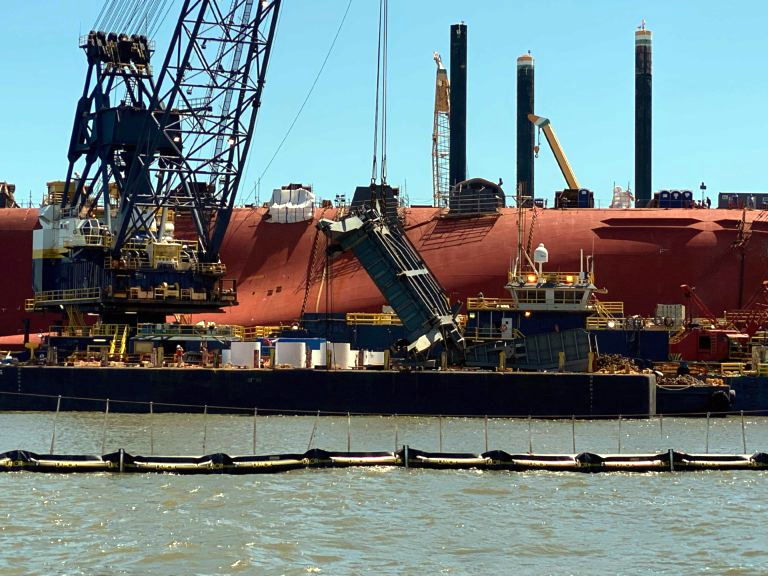 Work on the wreck is also proceeding to prepare for the final cutting and lift operation. In June, using acetylene torches works cut the ramp off the Golden Ray that had been used to load vessels. The ramp was removed in four sections to reduce the amount of stress the 275-ton ramp placed on the hull, and to reduce the amount of weight of the stern section to prepare for the lift.

The team also released in February a brief animation showing how the life operations will be completed.