The operation was conducted on Containerships Nord in the Port of Rotterdam. The vessel received approximately 200 tons of LNG from bunker supplier Shell to become the first container carrier to perform such an operation in Europe using ship-to-ship bunkering.

Containerships anticipates conducting the operation on sister ship Containerships Polar in the future. This will reduce the ships' stay in port significantly, says the company, reducing transit times and offering CMA CGM Group customers a reliable and fast connection between Northern Europe and the Baltics.

Containerships Polar was delivered from Guangzhou Wenchong Shipyard in China in June. She is now operating alongside Containerships Nord on the redesigned BALT 2 service. Seven major European ports are served with transit times of three to five days.

A pioneer in the use of LNG to power container ships, CMA CGM is set to take delivery of 20 LNG-powered vessels by 2022, including nine 22,000-TEU ships which are scheduled to be delivered from 2020. 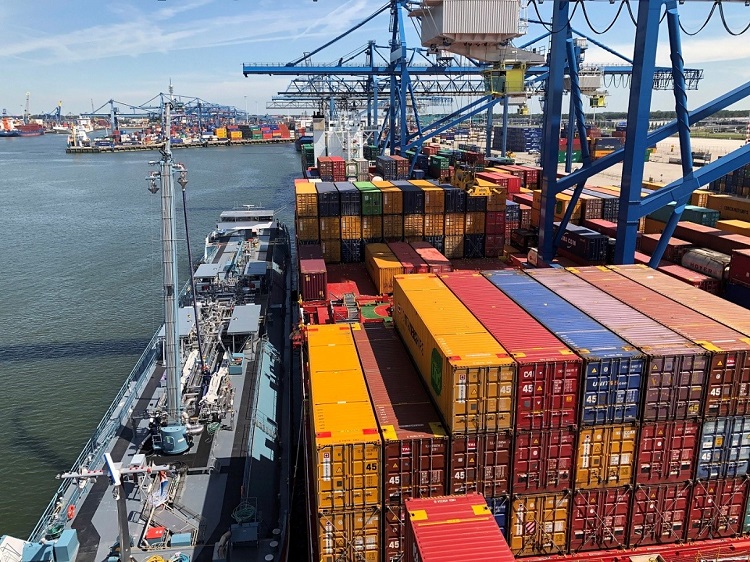