Back from the dead, a classic 1990s cruise ship arrived in the UK today, marking the launch of the UK’s first new dedicated cruise line in more than a decade. The vessel marries her notable career with that of a well-known British cruise company, Cruise & Maritime Voyages, that failed during the pandemic. Founded with some of the same executives and philosophy, the goal is to build a new, uniquely UK-focused cruise line called Ambassador Cruise Line.

Renamed Ambience, the 70,000 gross ton cruise ship arrived on April 14 at her new homeport of Tilbury, England. While she is two weeks behind schedule due to supply delays caused by the pandemic, the cruise ship is sparking after a multi-million dollar refit and is ready for her maiden voyage next week.

Introduced in 1991, the ship, which is 811 feet in length, hold several distinctions during her career. She was among the first modern cruise ships built by Italy’s Fincantieri shipyard, which would go on to become one of the leading designers and builders of cruise ships. The ship was ordered by Sitmar Cruises, an early entrant in the modern U.S. cruise industry, and the design for the ship along with her sister ship was developed by famed Italian architect Renzo Piano, who said the vessels’ distinctive curves were inspired by dolphins.

After the sister ships were ordered, Sitmar Cruises however merged into P&O’s U.S. brand Princess Cruises. The two ships were renamed before they entered service becoming the Crown Princess, which began sailing in 1990, and her sister ship Regal Princess. At the time, they were among the largest cruise ships in the world. After the merger of P&O and Carnival Corporation, the Crown Princess would see service for multiple brands before ending service in 2020 as the Indian cruise ship Karnika. 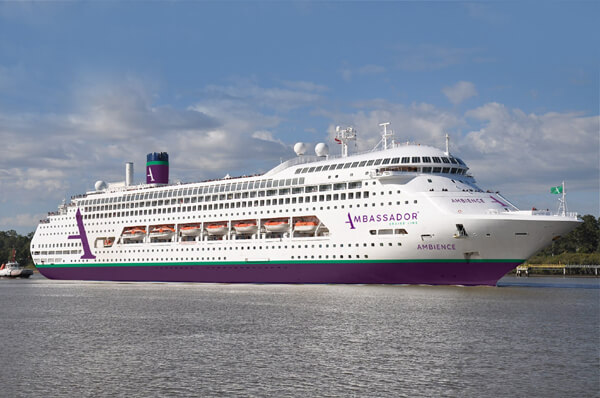 The Regal Princess cruised with Princess till 2007 before being transferred to the Australian P&O Cruises where she would sail till 2020 as the Pacific Dawn, once again operating with her sister ship. She, however, was one of the cruise ships Carnival Corporation sold during the pandemic going to a group in Panama that planned to turn her into a floating bitcoin community called Satoshi. That effort quickly fell apart with the owners saying they had sold the ship for scrap before a last-minute deal saved her for future service.

Similarly, CMV had been a popular UK-based cruise brand that was growing rapidly before the onset of the pandemic. The company had agreed to buy two cruise ships from Carnival Corporation, one being the Pacific Dawn. Neither was delivered to the company and ultimately its fleet was sold at auction after it declared insolvency in the summer of 2020.

Management from the former CMV acquired assets including the marketing database and announced plans to launch their new company, Ambassador Cruise Line in 2022. They acquired the former Regal Princess from the Panama developers. The vessel spent another year laid up before they began the efforts to renovate the cruise ship. Unlike other modern cruise lines that seek to provide amusements, renamed Ambience, the vessel removed elements such as her waterslides and limits her passenger capacity to 1,400. 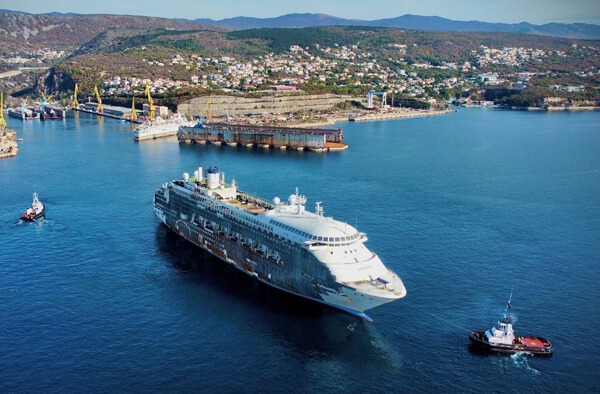 Ambassador plans to run a UK-based cruise line offering cruises that do not require flights to join the ship. Marketing is adults-only, with the company saying it will provide “an authentic cruise experience” focusing on the premium-value market.

Having cheated the scrappers, the Ambiance sets off on her first voyage on April 20. In addition to being a throwback to the 1990s era of the industry, she is also the last link to the once popular Sitmar brand. Cruise aficionados are anxious for the return of the now classic ship, while management is confident in their concept. Even before they entered service, the company acquired a second cruise ship from Carnival Corporation that they plan to put in service in 2023 named Ambition.