China is bringing seven river cruise ships into Wuhan to house medical workers helping people with coronavirus in the province.

The seven ships will provide an extra 1,469 beds for workers. So far, over 1,700 health workers have been infected with the virus, several have died.

Although China is reporting a slow down in the number of cases, concern is growing elsewhere in the world with an increase in infections in  South Korea, Italy and Iran. South Korea now has over 600 people infected, six have died. Italy now has around 150 cases and has banned public gatherings in many areas.

The number of cases in Iran has risen from two on Wednesday to over 40, with eight deaths.

Japan, where the Diamond Princess cruise ship was quarantined for two weeks, has over 770 confirmed cases of coronavirus. Three Diamond Princess passengers have now died. Local media reports indicate that Japan won't test the medical workers who dealt with the Diamond Princess if they don't show any symptoms as the nation is confident about the preventative measures taken.

On Friday, the International Transport Workers' Federation reported that 70 crew members from the Diamond Princess have been infected. All remaining crew, predominately Filipino and Indonesian, are getting ready to be repatriated home.

Details surrounding repatriation procedures, as well as quarantine requirements for crew who choose to remain on the ship will be confirmed. Minimum manning of the ship will be guaranteed with a voluntary crew.

“A voluntary team of new seafarers are ready to go on board,” said Francesco di Fiore, ITF inspectorate coordinator Italy. “A new master is already in Yokohama waiting in the hotel for instructions.”

The move comes after concerns from experts that the virus was spreading on board the vessel.

“It was a mistake to insist on keeping all the crew on board when it was only necessary to have a safe manning group onboard,” said di Fiore. “But the crew remained calm and were proud to stay, do their job and be part of the story.”

Data from the World Health Organization on February 23: 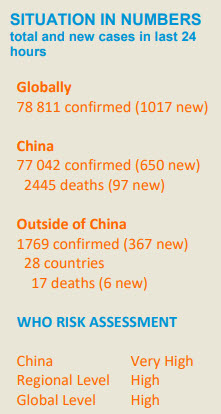 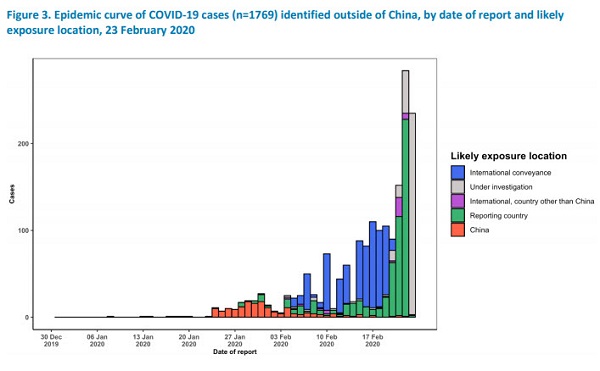