CBP officers working with agents from the HSI Trade Enforcement Coordination Center discovered the shoes during an inspection of containerized shipment arriving from China. The shoes, which arrived in two containers, were misdeclared as “napkins” in a clear attempt to disguise the illicit cargo.

AFT Center import specialists and Nike confirmed that the shoes were patterned in imitation of highly-desirable retro designs and special edition sneakers. The designs and trademarks included variants Nike’s Air Jordan 1, Air Jordan 12,  Air Jordan 11 and Air Max ’97 designs, some of which are priced at up to $1,500-$2,000 per pair (or more) at retail. Though local media panned the fakes as shoddy forgeries, they bear a close resemblance to a high-fashion Nike design recently released as a special edition. 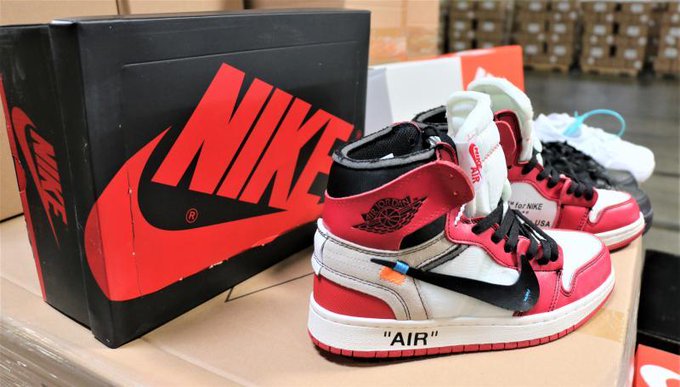 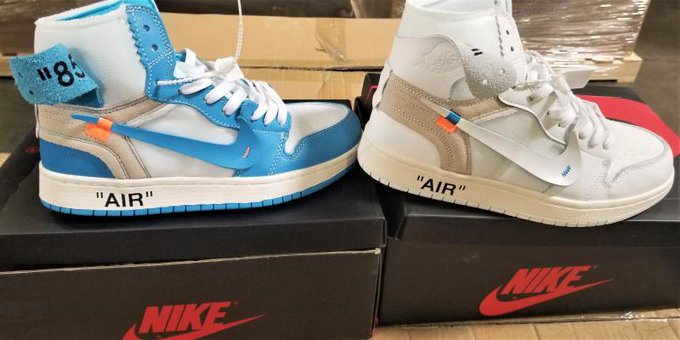 Consumers shopping online for these collector's items are eventually likely to encounter fraudulent sellers, CBP said. The agency warned that the smuggling of faked consumer goods is associated with other forms of smuggling and criminal activity, and it often funds criminal enterprises. "The trafficking of these items is extremely lucrative and becomes more profitable in markets involving successful and popular products.” said LaFonda Sutton-Burke, CBP Port Director of the LA/Long Beach Seaport.

CBP says that it seized more counterfeit consumer goods last year than it ever has before, and it cautions buyers to be alert to the risks. Small-package import shipments delivered directly to U.S. consumers are particularly attractive to criminals, CBP warned, due to a perceived lower risk of interdiction and lower consequences in the event of a seizure.

“Transnational criminal organizations continue to profit from American intellectual property by selling their counterfeit and piratical goods not only in the U.S. but around the world,” said Joseph Macias, Special Agent in Charge for Homeland Security Investigations (HSI) Los Angeles.  “HSI, in conjunction with CBP, target both the domestic and international facets of these criminal conspiracies for disruption and dismantlement.”