The Harry DeWolf-class is intended to bolster the RCN’s presence in the Arctic and increase its ability to operate globally. Specifically designed to patrol Canada’s northernmost regions and offshore waters, the class is at the core of  Canada's plans for an enhanced Canadian Armed Forces (CAF) Arctic presence. 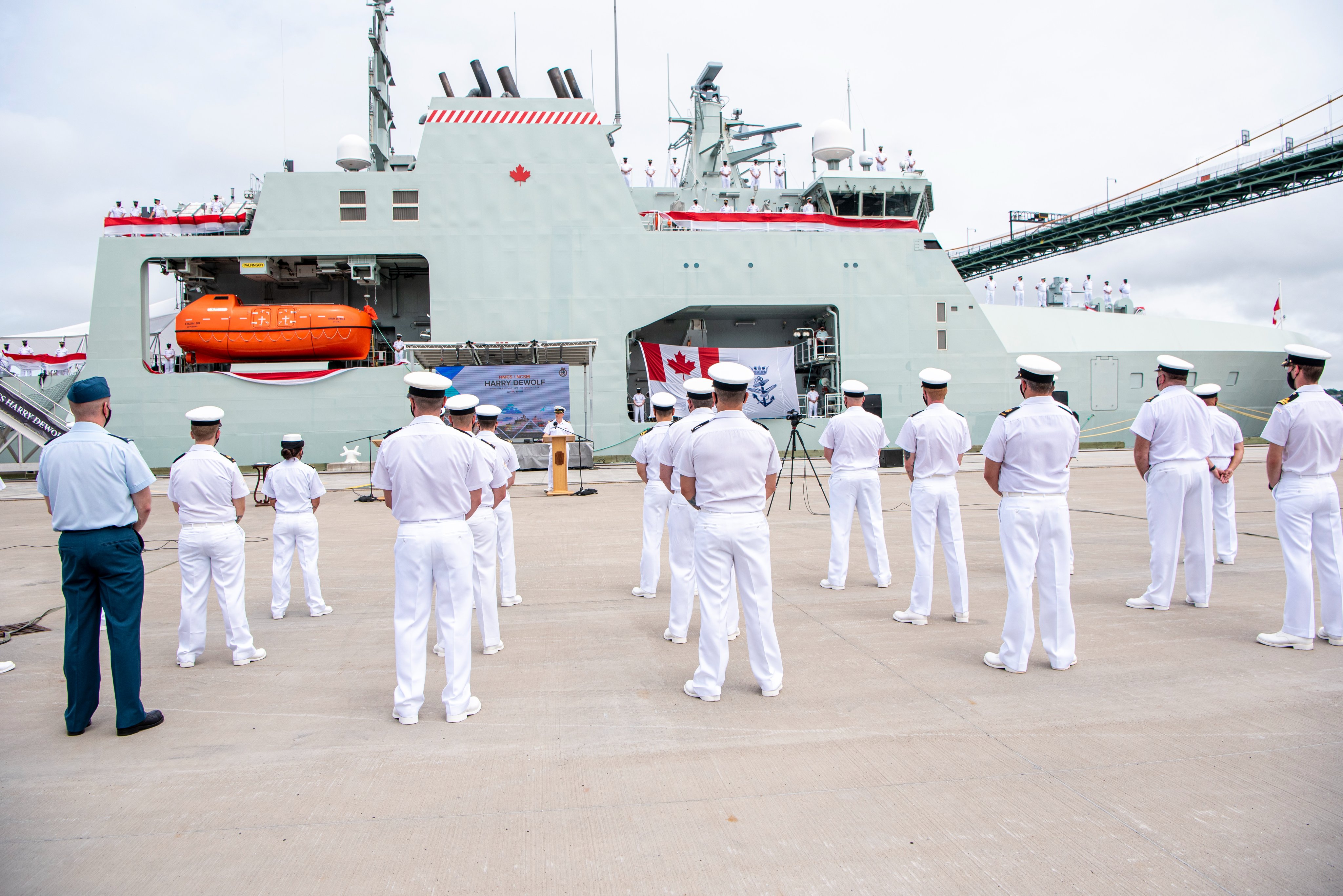 HMCS Harry DeWolf was launched in 2018 and delivered to the RCN in July 2020. The vessel is named in honor of Canadian naval hero Vice-Admiral Harry DeWolf, commander of the HMCS Haida, which sank 14 enemy vessels in a single year during the Second World War. It is the first time in its 111-year history that the RCN is naming a vessel class after a prominent Canadian Navy figure.

"HMCS Harry DeWolf and the Arctic and Offshore Patrol ships that will follow it into service will enable the Royal Canadian Navy to maintain an enhanced presence in Canada’s North, to patrol and protect our Arctic sovereignty, and to keep Canada safe and strong at home," said Harjit S. Sajjan, Canada's Minister of National Defence. "We are witnessing a moment in history, and I wish HMCS Harry DeWolf and its crew the very best as they prepare to embark on their first operational deployment."

In the fall, the new vessel will transit the Northwest Passage and circumnavigate North America, with side missions in the Eastern Pacific and the Caribbean (where the RCN contributes to counter-smuggling operations).

The second AOPS vessel, the future HMCS Margaret Brooke, was launched in 2019. Construction of AOPS hulls three, four and five is ongoing, and the construction of the sixth ship is expected to begin in 2022.