On Sunday afternoon, the Canadian bulker Tecumseh suffered an engine room fire near Zug Island, the site of a giant steel mill on the American side of the Detroit River.

At about 1400 hours Sunday, the U.S. Coast Guard received notification from the Canadian Coast Guard's Joint Rescue Coordination Centre Trenton that the Tecumseh had caught fire.

Coast Guard Sector Detroit diverted the cutter Bristol Bay to the scene, and it launched a response boat from Coast Guard Station Belle Isle and a rescue helicopter from Air Station Detroit to carry out an assessment. 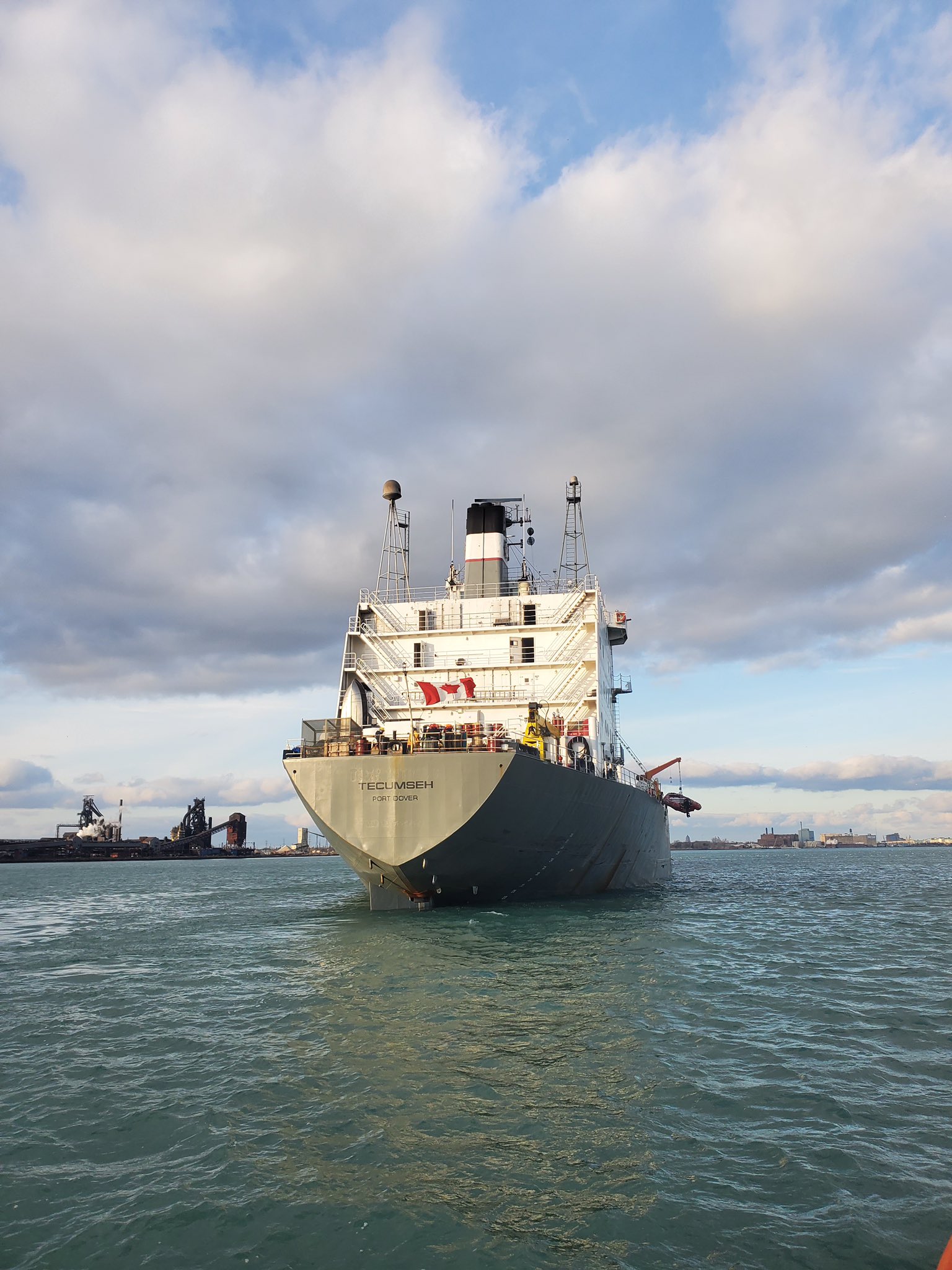 The Tecumseh eventually drifted into Canadian waters, and the U.S. Coast Guard worked with the Canadian Coast Guard, Transport Canada and the Windsor Harbor Master through the night to coordinate response efforts. All 16 crewmembers were safely disembarked and evaluated by local emergency medical services in Windsor. A contracted commercial firefighting team boarded and extinguished the fire overnight.

There were no reports of pollution and there was no impact to vessel traffic. As of Monday night, the Tecumseh was moored alongside an industrial facility in Windsor, Ontario, across the river from Zug Island.

The 1973-built Tecumseh is a 30,000 dwt conventional bulker flagged in Canada.