[Brief] The U.S. Coast Guard is monitoring salvage operations for a partially submerged deck barge at the Rickenbacker Causeway in Miami, Florida. Commercial salvage works are under way to right the vessel using dewatering pumps.

Photos from the scene show that a large deck-mounted crane was submerged up to its engine compartment when the barge listed over. A minor oil spill has been reported and has been boomed off for containment, according to the Coast Guard.

Marine construction contractor Lambert Brothers, the barge's operator, said that the heavy rains that affected Miami over the weekend likely contributed to the casualty. The barge was already moored at the causeway prior to the incident and no collision or hull damage was involved. As of Tuesday afternoon, the barge had been largely refloated and the crane was back out of the water, the firm said. 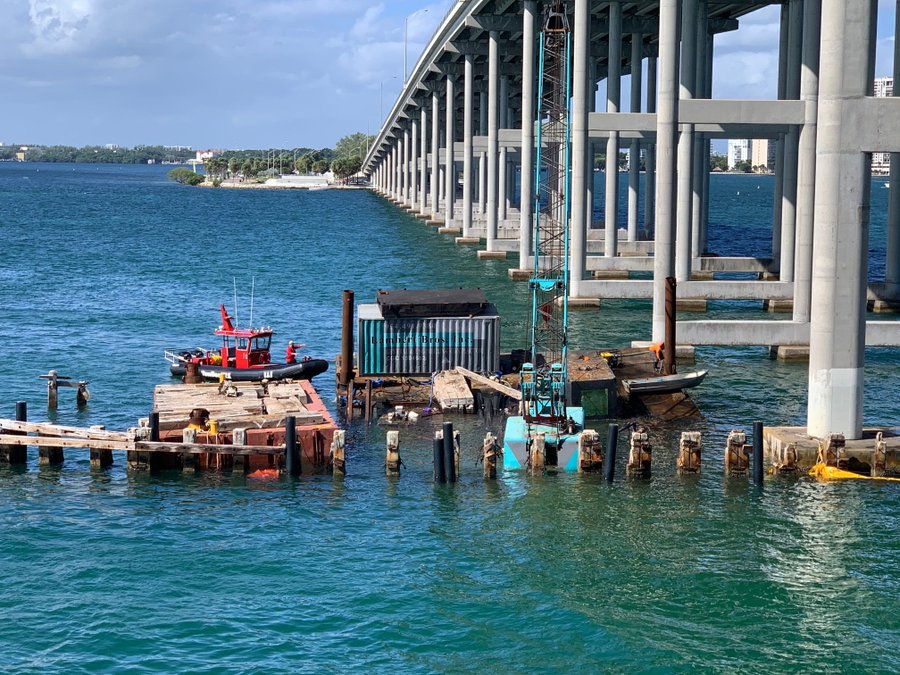