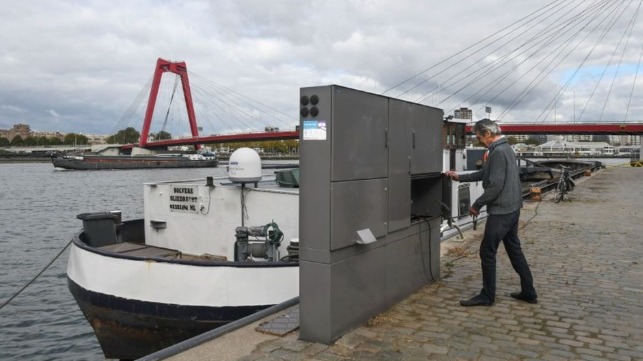 Ardent, one of the largest players in the global salvage business, has announced that it will no longer be entering into new contracts after May 2020. Its current projects will be completed, but it does not plan to take on any further salvage cases.

In a statement, Ardent said that over its five years in operation it has completed 300 contracts with no lost time injuries. Many of them were challenging projects, like shipboard fires, groundings, unexploded ordnance abatement and wreck removal.

Last year, Ardent relocated its main office from Houston to the Netherlands and said that it would focus its business strategy on its core marine salvage services. In April, it sold off its U.S. OPA 90 business to Boskalis (SMIT Salvage / Donjon-Smit). The transaction included all of Ardent's existing OPA 90 contracts.

Ardent did not provide a reason for winding down its operations, saying only that it “would like to take this opportunity to thank all its valuable customers and partners over the past five years for their trust in Ardent and its employees’ capabilities."

Ardent formed in 2015 through the merger of Maersk Group's Svitzer Salvage and Crowley Group's Titan Salvage. At the time, Titan had just finished the Costa Concordia wreck removal, one of the largest and most complex salvage jobs in recent memory. With Svitzer head Peter Pietka at the helm as CEO, Ardent set out to become the "biggest company in the global salvage industry."

However, the ambitions of many large salvage players ultimately ran into the limits of market demand, according to Joey Farrell III, director of emergency response and business development at competitor Resolve Marine.

"[After the Concordia] you had this idea that this market is going to grow . . . there were all these ideas about growth strategy and you could acquire the market share by downward pricing and you'll beat everybody out and you'll be the sole provider, well, you know it doesn't quite work that way. It's a pretty flat line if you average it out . . . as far as revenue," said Farrell in a recent podcast interview.