Anzac Day Remembered in the Grey Light of Dawn

The Anzac tradition and the ideals of courage, endurance and mateship were established on April 25, 1915 when the Australian and New Zealand Army Corps landed on the Gallipoli Peninsula.

It was the start of a campaign that lasted eight months and resulted in some 25,000 Australian casualties, including 8,700 who were killed or died of wounds or disease. The men who served on the Gallipoli Peninsula created a legend, creating the word Anzac and creating the notion of the Anzac spirit.

In 1916, April 25 was officially named Anzac Day. By the 1920s, Anzac Day ceremonies were held throughout Australia, and in the 1940s, Second World War veterans joined parades around the country. In the ensuing decades, returned servicemen and women from the conflicts in Korea, Malaya, Indonesia, Vietnam and Iraq, veterans from allied countries and peacekeepers joined the parades.

Today, Anzac Day goes beyond the anniversary of the landing on Gallipoli in 1915. It is a day to remember all Australians who served and died in war and on operational service past and present. 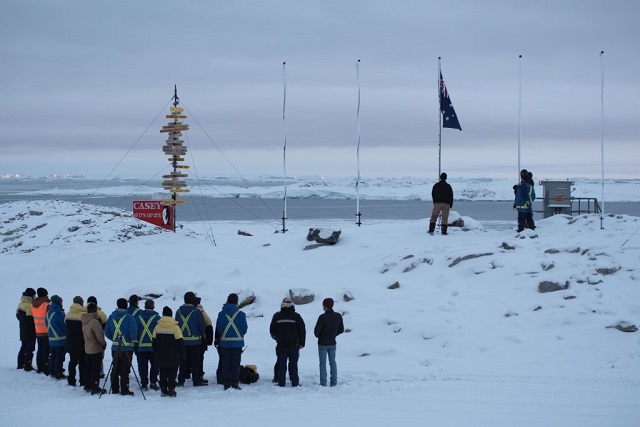 The Dawn Service observed on Anzac Day has its origins in an operational routine which is still observed by the Australian Army today. The half-light of dawn plays tricks with soldiers' eyes and from the earliest times the half-hour or so before dawn, with all its grey, misty shadows, became one of the most favored times for an attack. Soldiers in defensive positions were therefore woken up in the dark, before dawn, so that by the time the first dull grey light crept across the battlefield they were awake, alert and manning their weapons. This was, and still is, known as Stand-to. It was also repeated at sunset.

After the First World War, returned soldiers sought the comradeship they felt in those quiet, peaceful moments before dawn. With symbolic links to the dawn landing at Gallipoli, a dawn stand-to or dawn ceremony became a common form of Anzac Day remembrance during the 1920s; the first official Dawn Service was held at the Sydney Cenotaph in 1927.

Dawn services were originally very simple and followed the operational ritual; in many cases they were restricted to veterans only. The daytime ceremony was for families and other well-wishers. Before dawn the gathered veterans would be ordered to "stand to" and two minutes of silence would follow. At the end of this time a lone bugler would play the Last Post.

In more recent times, families and young people have been encouraged to take part in dawn services, and services in Australian capital cities have seen some of the largest turnouts ever. Reflecting this change, the ceremonies have become more elaborate, incorporating hymns, readings, pipers and rifle volleys. 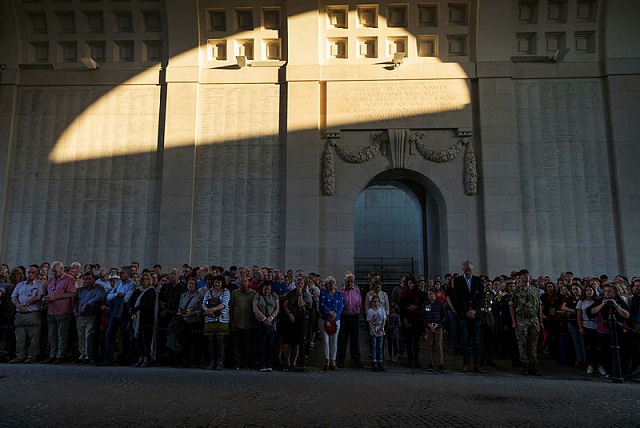 Attendees of the Last Post service observe a minute's silence at the Menin Gate Memorial to the Missing in Ypres, Belgium. Credit: Australian Department of Defence