Anyone Can Now Track Seals and Sharks Online

Thanks to a long-running effort between the U.S. National Oceanographic and Atmospheric Administration (NOAA) and its partners in the U.S. Animal Telemetry Network (ATN), scientists - and the general public - can now access a large database on marine animal telemetry on the web. For the curious, hundreds of tagged turtles, seals, whales, sharks and other marine animals can now be tracked on an online map, much like ships on a commercial AIS database.

By attaching a satellite tag, scientists can gather data on a marine animal's movements, biorhythms, and the temperature and salinity of the water it moves through. When the animal surfaces, the tag transmits stored data either to a satellite system or to underwater acoustic receivers, which re-transmit the data to researchers.

After rescue and rehabilitation, this olive ridley sea turtle was returned to the wild with a tracking device attached (NOAA)

The information in this telemetry can be used not just for basic research, but also for regulation - for example, implementing the Endangered Species Act and the Marine Mammal Protection Act, carrying out National Environmental Policy Act analyses and conducting environmental impact assessments (EIAs).

Since 2011, the U.S. Animal Telemetry Network (ATN) - a multi-partner effort between federal, academic and industry researchers - has built a community around animal telemetry research. This year, the ATN project culminated in the completion of an integrated telemetry database, the ATN Data Assembly Center. It supports a broad range of datasets and tag types, and it builds on the existing U.S. Integrated Ocean Observing System (IOOS).

With lots of telemetry data from multiple species all in one place, scientists can more quickly integrate information on animal movements with other geocoded information - for example, the data from NOAA's environmental sensor map on IOOS - to reveal new patterns and insights. For students, enthusiasts and the public at large, it is now as easy to track a (tagged) sea turtle as it is to track the movements of an Uber car or a tugboat. 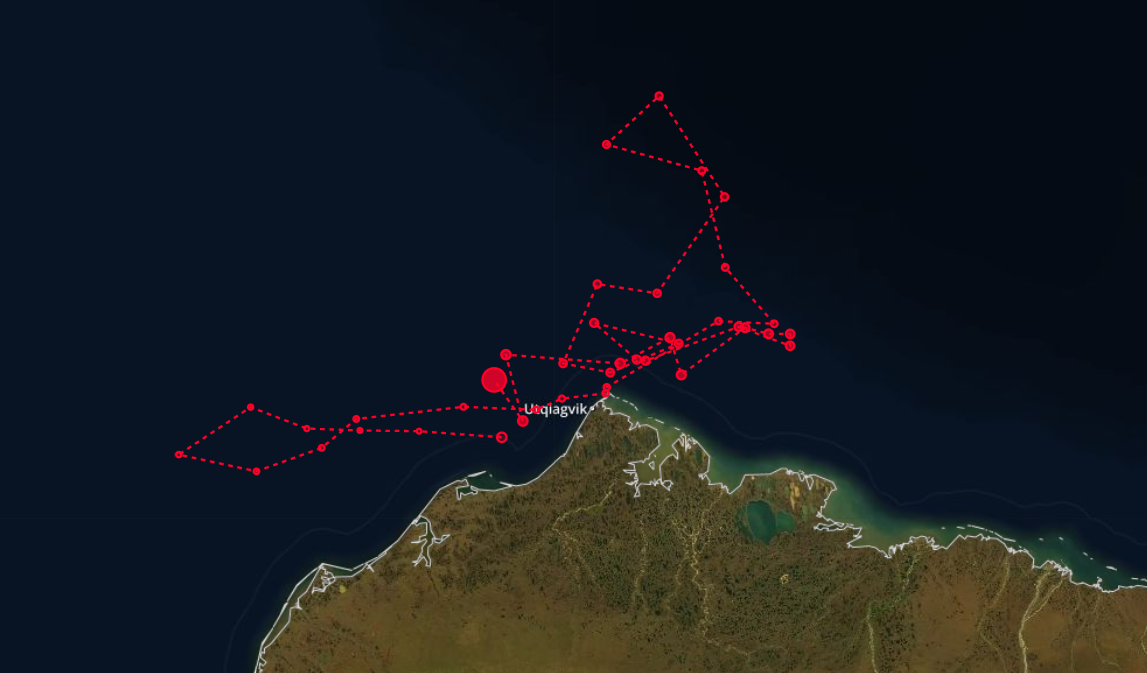 The movements of one beluga whale off Alaska's North Slope, Aug.-Sept. 2019 (ATN)