Construction is continuing on pace for new cruise ships as the industry works to recover and manage operations in the face of the ongoing pandemic. Having maintained the orderbooks, the major shipbuilders are proceeding with the delivery of new vessels to the cruise lines, including new ships this week for both Carnival Corporation’s German cruise brand AIDA and the first expedition cruise ship for Viking Cruises. Fincantieri also undertook sea trials as it moves toward the delivery of another new cruise ship to Carnival Corporation’s Princess Cruises.

Fincantieri’s VARD shipyard in Søviknes, Norway, hosted the delivery ceremony for Viking’s newest cruise ship, the first of two being built for the company’s entry into expedition cruising. Founded in 1997 operating river cruises, Viking expanded to ocean cruising in 2015 and will launch its expeditions in 2022 followed by Mississippi River cruising in August 2022.

The Viking Octantis is a 30,150 gross ton vessel built by Vard specifically designed to operate in the expedition market. She will debut in Antarctica in January 2022 and in the spring and summer of 2022 will become the first large, modern cruise ship to be sailing on the Great Lakes. A second, identical sister ship, Viking Polaris, joins the fleet in August 2022 for journeys to the Arctic and Antarctica.

“Today is a proud day for the entire Viking family as we welcome our first expedition ship to the fleet and usher in a new era of exploration. Our guests have asked us to build on our award-winning river and ocean voyages to take them further, and that is just what we have done,” said Torstein Hagen, Chairman of Viking. “Leveraging our long history of destination-focused travel, enrichment, and innovative ship design, we are now perfecting expedition voyages and offering curious travelers the opportunity to visit the world's most pristine destinations in the most responsible way possible.”

The new Polar Class Viking Octantis and Viking Polaris each accommodate 378 passengers in 189 staterooms. An integrated bow creates a longer waterline for the ships and U-tank stabilizers significantly decrease rolling by up to 50 percent when the ships are stationary along with fin stabilizers. The ships also are fitted with engines with heat recovery systems and Azipod Electric Propulsion for quiet ship propulsion, minimizing underwater noise pollution.

For the expedition market, the hulls are ice-strengthened and the ships have special features including an enclosed, in-ship marina to embark and disembark excursion craft, onboard laboratory, and expedition equipment including a fleet of military pro zodiacs designed for professional use, a fleet of two-seater Arctic-tested kayaks, two 12-seater convertible Special Operations Boats and two six-guest submarines. 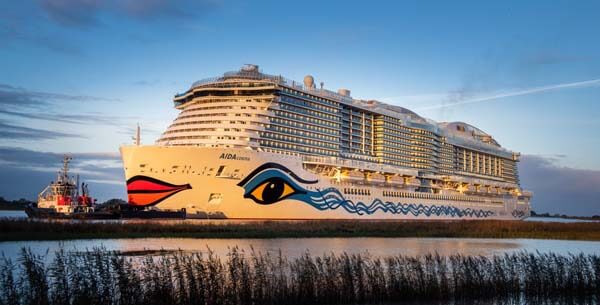 On December 21, 2021, AIDA Cruises also took delivery of its newest cruise ship the AIDAcosma in Bremerhaven from the Meyer shipyard in Papenburg, Germany. It is the company's second newbuilding powered by liquefied natural gas. AIDA will introduce the ship first sailing from Hamburg beginning in February followed by cruises in the Mediterranean till the fall and then reposition the cruise ship to Dubai.

The AIDAcosma marked the fourth cruise ship Meyer Werft in Germany has completed since the beginning on the pandemic. She was also the second cruise ship Meyer delivered between Papenburg and Turku, Finland to Carnival Corporation in less than three weeks. Meyer noted that its orderbook includes eight cruise ships for international customers until 2025, with the delivery of two more large ships, the Disney Wish for Disney Cruise Line and the Arvia for P&O Cruises, scheduled for 2022. 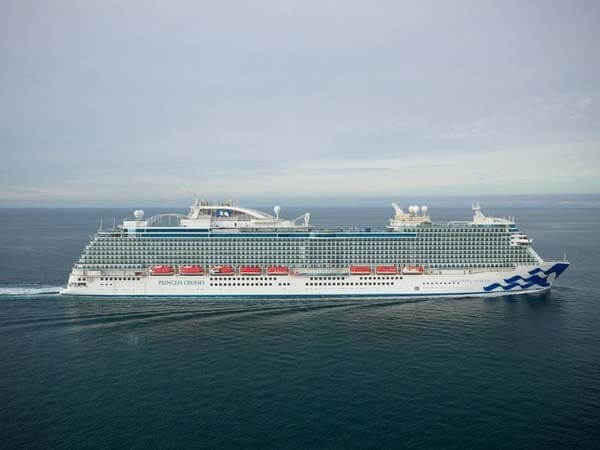 In Italy, Fincantieri also recently completed sea trials for the Discovery Princess. The cruise ship sailed from the construction dock in Monfalcone and was put through a series of paces to test the steering, navigation equipment, and propulsion. After a successful five days of trials, the Discovery Princess is now back in the shipyard for further exterior and interior finishing to prepare for her maiden, a seven-day cruise to Mexico sailing from the Port of Los Angeles on March 27, 2022. The 3,660 passenger Discovery Princess is the sixth and final Royal-Class newbuild completed by Fincantieri for Princess Cruises. The same platform was also adapted for one cruise for Britain’s P&O Cruises.

Despite the pandemic’s impact on the cruise industry, more than 70 cruise ships remain on order with deliveries scheduled till 2027. The new ships will add more than 150,000 berths to the industry. Orders for new cruise ships, however, largely came to an end with the pandemic with only a few ships ordered in the past two years.