[Brief] The FBI and the Naval Criminal Investigative Service are responding to a shooting at an entrance gate at Naval Air Station Corpus Christi, Texas.

At about 0715 hours Friday, an active shooter situation occurred at one of the base's gates, according to local police. The attacker was killed by naval security forces, and one NSF servicemember was injured in the exchange, according to the Navy. All gates at the installation have been closed as a security precaution.

“The [injured] sailor is in good condition and is expected to be released later today,” the Navy said in a statement.

A Navy official described the suspect as an "Arab male," according to USNI News.

In an update, the FBI said that it believes that the incident may have been an act of terror and may have been committed with the involvement of more than one person. “We have determined that the incident this morning at Naval Air Station Corpus Christi is terrorism-related. We are working diligently with our state, local and federal partners on this investigation which is fluid and evolving,” said senior agent Leah Greeves in a statement. “We may have a second related person of interest at large in the community but we would encourage the public to remain calm.”

The shooting was the second fatal security incident at NAS Corpus Christi in just over a year. In February 2019, a 37-year-old man drove through a gate at the base in a stolen car, then crashed it inside the base. NAS Corpus Christi security personnel opened fire and killed the suspect. 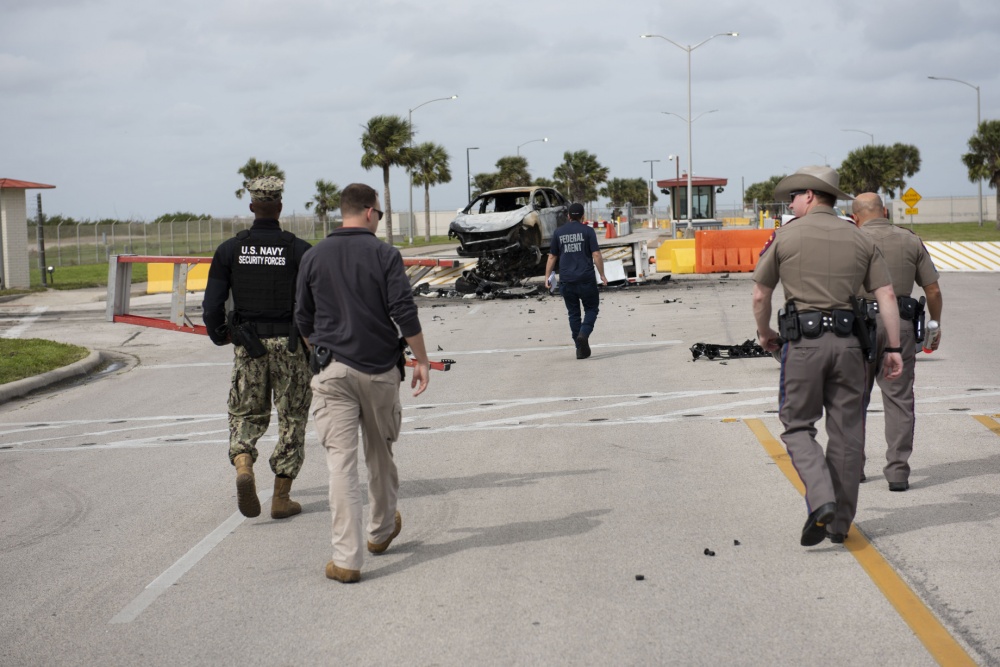