Rating agency DBRS says that a global and synchronized macro recovery, coupled with reduced numbers of newly delivered vessels, should keep the deleveraging window open for German shipping banks in 2018. However, potential headwinds for the shipping industry in 2018 could come from a significant appreciation in the U.S. dollar as well as from the imposition of trade barriers in steel and aluminum, as recently introduced by the U.S. government.

The downturn in global trade after the global financial crisis led to significant challenges in the shipping market such as the collapse of freight rates, reducing vessel valuations and the drying up of traditional bank financing. The depressed state in the shipping markets which extended into early?2017, presented German shipping banks with significant challenges, namely the introduction of higher regulatory capital hurdles and stricter definitions for regulatory non-performing loans with a tighter view on loan forbearance. This triggered the need for most German shipping banks to re?evaluate their lending policies towards shipping clients and cut exposures in the wake of the global financial crisis. 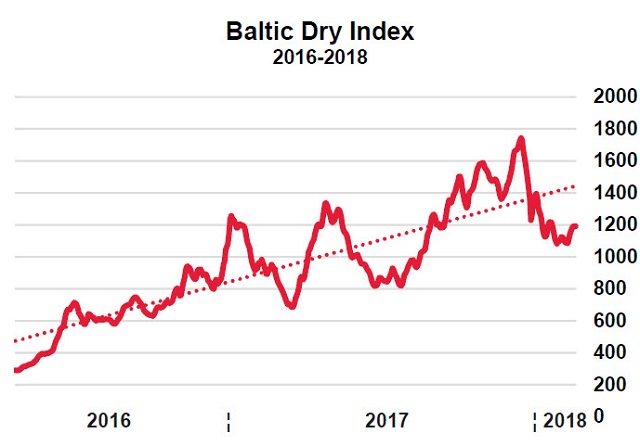 In addition, global growth forecasts for 2018 and 2019 have recently been revised up by the IMF, so if the traditional high correlation of demand for transportation tonnage with global trade volumes and global GDP growth remains, this should also benefit the industry.

DBRS views these demand side conditions as an opportunity for German shipping banks to accelerate their deleveraging efforts. The company says the potential easing of pressure on the banks, witnessed in late 2017, helped to facilitate the sale process of HSH Nordbank, enabled Commerzbank to reduce its shipping assets ahead of schedule and also facilitated NORD/LB’s comprehensive restructuring and downsizing program. DBRS expects the momentum to remain through 2018.

A more disciplined approach to new vessel ordering during recent years (with the current orderbook?to?fleet ratio of 14 percent reaching a 15?year?low) has helped reduce excess supply in the market. This has also been assisted by the Chinese government’s recent initiative of shipyard white?listing and stability in global scrapping volumes. 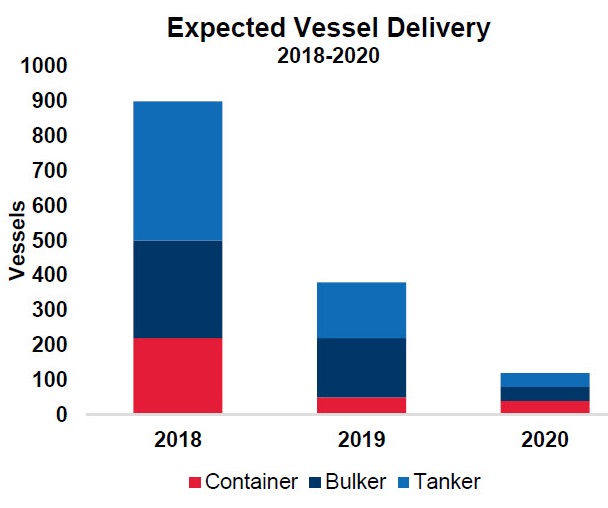 DBRS notes that these supply side effects will materialize gradually over the next few years but are likely to benefit shipping banks in 2018.

Potential challenges could come from U.S. dollar appreciation and risks from a set?back in free trade. As shipping and ship fiancing is a global business which is conducted predominately in U.S. dollars, the USD/EUR exchange rate is a key risk in 2018 for shipping lenders in DBRS’ view. The company notes that the weakening of the U.S. dollar against the EUR during part of 2017 has supported the deleveraging efforts of German shipping lenders by serving to reduce risk weighted assets.

A weakening U.S. dollar helps shipping lenders to deflate USD-denominated assets on their balance sheets, helping to improve regulatory capitalization ratios. A potentially strengthening U.S. dollar might, in contrast, exert headwinds for capital ratios and offset to some degree the benign effects from a strengthening of transportation demand. 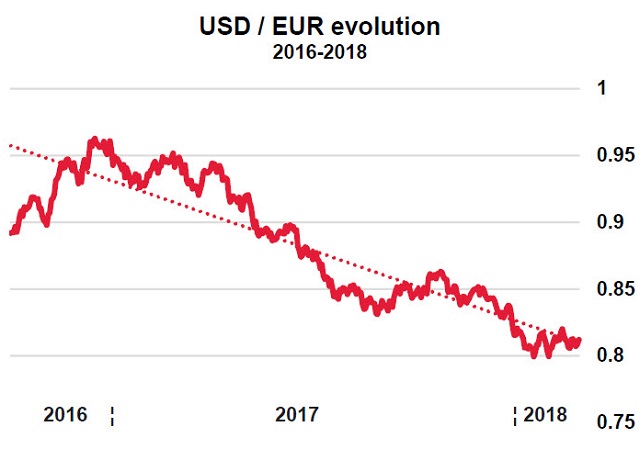 DBRS also notes the potential risks to shipping from what it says are “inward?looking” policies such as the recent U.S. government measures on aluminum and steel. The U.S. government introduced tariffs of 25 percent on steel and 10 percent on aluminum, taking effect on March 23, 2018. The tariffs would apply to some $46 billion of trade, roughly two percent of America’s goods imports. E.U. steel manufacturers however expect that related exports to the U.S. could drop severely, which might specifically impact dry bulk shipping and counterbalance positive market forces for the shipping industry in 2018.