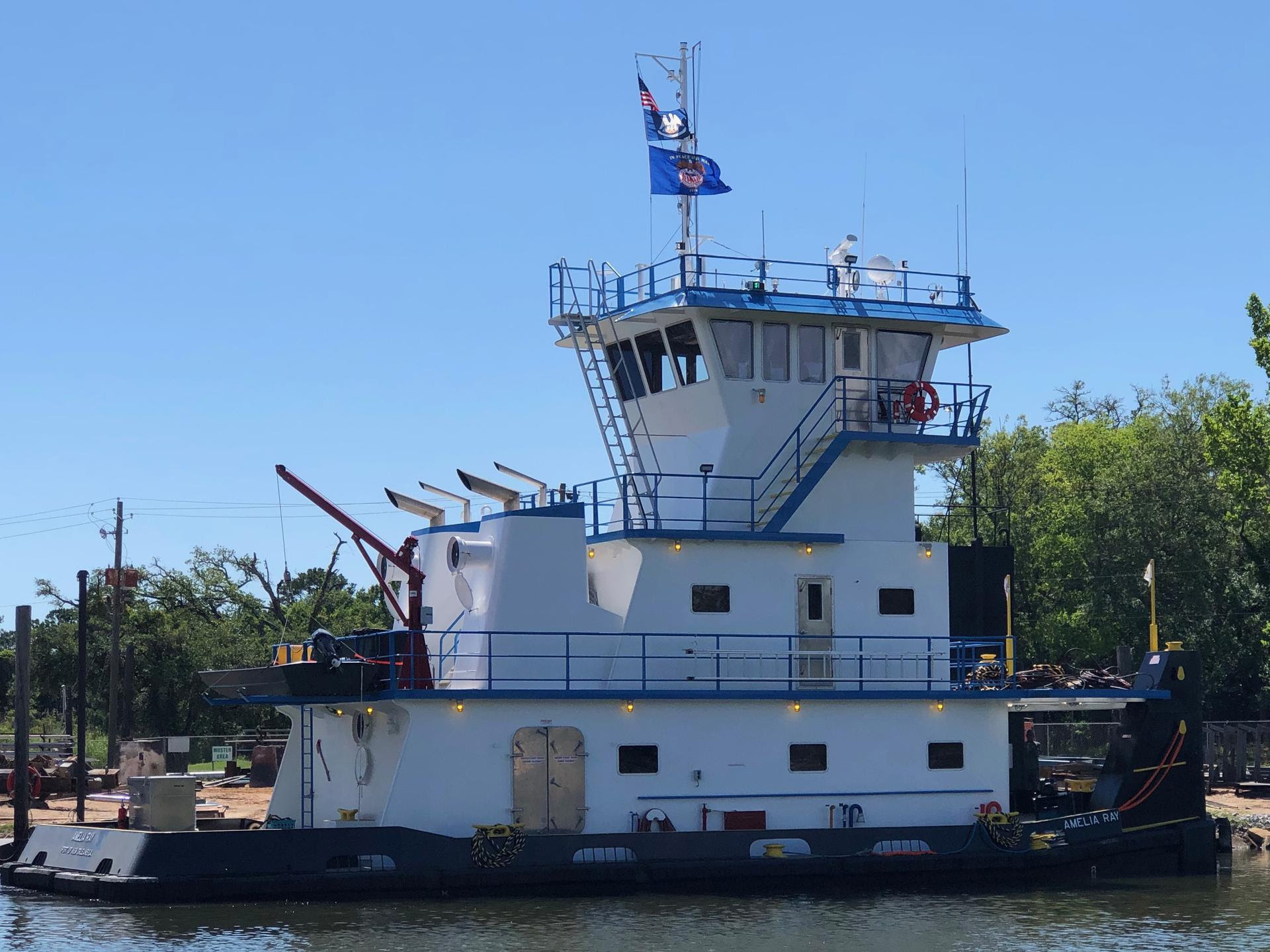 The 65ft (20m) newbuild is the first vessel in the L&L Marine fleet to be specified with a Thordon propulsion package at the vessel design stage.

L&L Marine owner Lee LeBoeuf explained that all his vessels now operate with only Thordon bearings due to the “significant operational savings” experienced with the earlier installations. The Harvey, Louisiana-based operator owns a fleet of five vessels.

“We initially replaced all our rubber tailshaft bearings with Thordon’s RiverTough bearings and shaft liners and found we were able to extend drydocking intervals from three to eight years.

“We then started retrofitting ThorPlas-Blue bearings in the rudder stocks and installing TG100 seals, which reduced operational costs even further as there is less vessel down time and maintenance. This means we are more attractive to our customers, more dependable, and more reliable. We can better plan drydock schedules in line with the operational needs of our customers,” said LeBoeuf.

Thordon Sales Manager Jim Bright said: “L&L Marine, a longtime customer for Thordon Bearings, has a small fleet of workboats which means that the financial risks are higher if a vessel has to come out of service for repair work. Lee tells me that the switch to Thordon bearings and seals has not only mitigated these risks but helped facilitate improvements to the bottom line.”

Bright flagged up the performance of the Self Aligning Bearings, in particular. “The tiller arms of the steering system on this new vessel were also fitted with Thordon’s Self Aligning Bearings on both the live end of the steering cylinder and the jockey bar. The SAB, made from ThorPlas-Blue polymer material, is not only self-aligning, but it also provides grease-free operation. This allows the tillers to operate with independent suspension. As the rudder works there is no binding of the jockey bar which would typically result in increased stress and wear on the bushings, resulting in reduced maintenance and associated costs.”

LeBoeuf attests that while capital expenditure is more than a conventional tailshaft/propulsion bearing system, the Thordon application aboard Amelia Ray is expected to result in annual operational savings of US$15,000.

Designed by Entech, Amelia Ray is a twin-screw towboat purpose-built for the transportation of petrochemicals along all inland and coastal waters in the southern states of the US.

Set to work without the benefit of a fully-fledged christening due to the Coronavirus crisis, Amelia Ray, named after the owner’s four-year-old granddaughter, is currently running petrochemical products along the Mississippi between Houston, Texas and Baton Rouge, Louisiana.

L&L Marine has an option on an additional vessel from of Bayou la Batre-based Rodriquez Shipbuilding but “we will wait to see how COVID-19 plays out before making the decision,” said LeBoeuf.