Wellboat with 100 Tons of Decayed Fish Seeks Port of Refuge

The sunken wellboat Seikongen has been successfully refloated after ten months on the bottom, but her decayed cargo of salmon is proving a liability as she seeks a port of refuge.

One of the Seikongen's two fish wells is still filled with about 100 tons of decomposed salmon, according to local media. There are no signs of leakage, and the owner and the Chilean Navy confirm that the vessel poses no threat to human health.

However, the ultimate fate of this cargo is not yet clear, as a court of appeals has denied the Seikongen the right to berth at her intended destination, the port of Talcahuano. The city's mayor, Henry Campos, has filed suit to keep her from entering port due to the nature of her cargo, and he has won a prohibition while legal action proceeds. "We will not skimp on exhausting all resources, judicial and administrative means . . . [Seikongen's] arrival is a time bomb for Talcahuano," Campos said in a statement.

The mayors of the towns of Paillaco and Futrono have filed similar suits to prevent the fish from arriving at a landfill near their communities, and the mayor of Ancud recently told media that he would consider filing a comparable action. 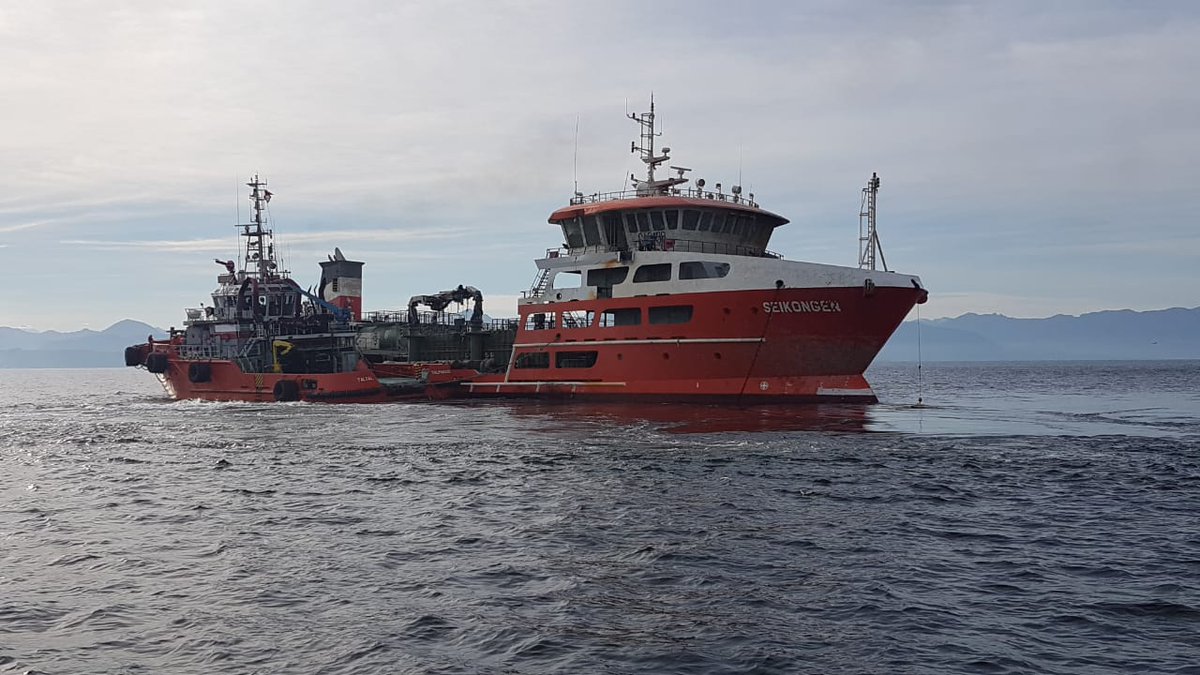 On Wednesday, the Seikongen arrived at an anchorage south of Tenglo Island near Puerto Montt, Chile. She had relocated from the port of Ancud in order to find better protection from an expected storm system, and maritime administration spokesman Lt. Victor Herrera said that the timeline for her stay would depend upon the owner's salvage plan.

The Seikongen went down off Chiloe on October 18, 2017, just one month after she began operations, with 40,000 fish and 17,000 gallons of fuel on board. Good samaritans and first responders rescued her crew, and no injuries were reported.

Salvors with Ardent righted the vessel in mid-July, but problems with sealing the salmon-filled hold caused delays in the refloat attempt. She was brought to the surface at last on August 1. Initial estimates suggested that the salvage effort will cost about $5 million overall, and the shipowner has expressed a desire to repair the ship and return her to service.