Video: Salvage of Reefer Boxship from Seawall in Japan

The Japan Coast Guard reported the successful salvage operation for the reefer cargo ship Lady Rosemary that had struck a harbor seawall while departing the port of Hakata in Fukuoka, Japan on November 28.

Salvage of the 10,600 dwt cargo ship was undertaken in several stages. Breaking through the wall, the vessel had damaged its bow and began to leak oil into the harbor. During the first part of the operation, teams focused on attempting to contain the oil spill with booms while oil was pumped from the Lady Rosemary to other vessels.

At high tide on December 7, the operation began around 11:00 a.m. to extricate the vessel from the seawall. During that time, the Japan Coast Guard closed the port to all traffic while a powerful tugboat secured two lines to the stern of the vessel, and a second tug was positioned off to one side. The tug began pulling and was able to refloat the cargo ship, while the oil boom remained in place along each side.

The Lady Rosemary was moved to a central pier in Hakata Port. The vessel remains alongside while the Fukuoka Maritime Security Department continues its investigation into the circumstances of the accident. The Lady Rosemary had departed the pier at around 11:30 p.m. on November 28 and missed the exit to the harbor, instead crashing into the breakwater approximately 15 minutes later.

Initial investigations report that no mechanical abnormalities have been found on the ship. The harbor lighthouse on the seawall was also operating properly. They continue to explore the possibility of navigation negligence.

The oil spill spread throughout Hakata Bay and slicks were also found on the coast of Shiga Island more than six miles from the accident site. Local commercial fishermen have been banned from working in the waters due to the contamination. 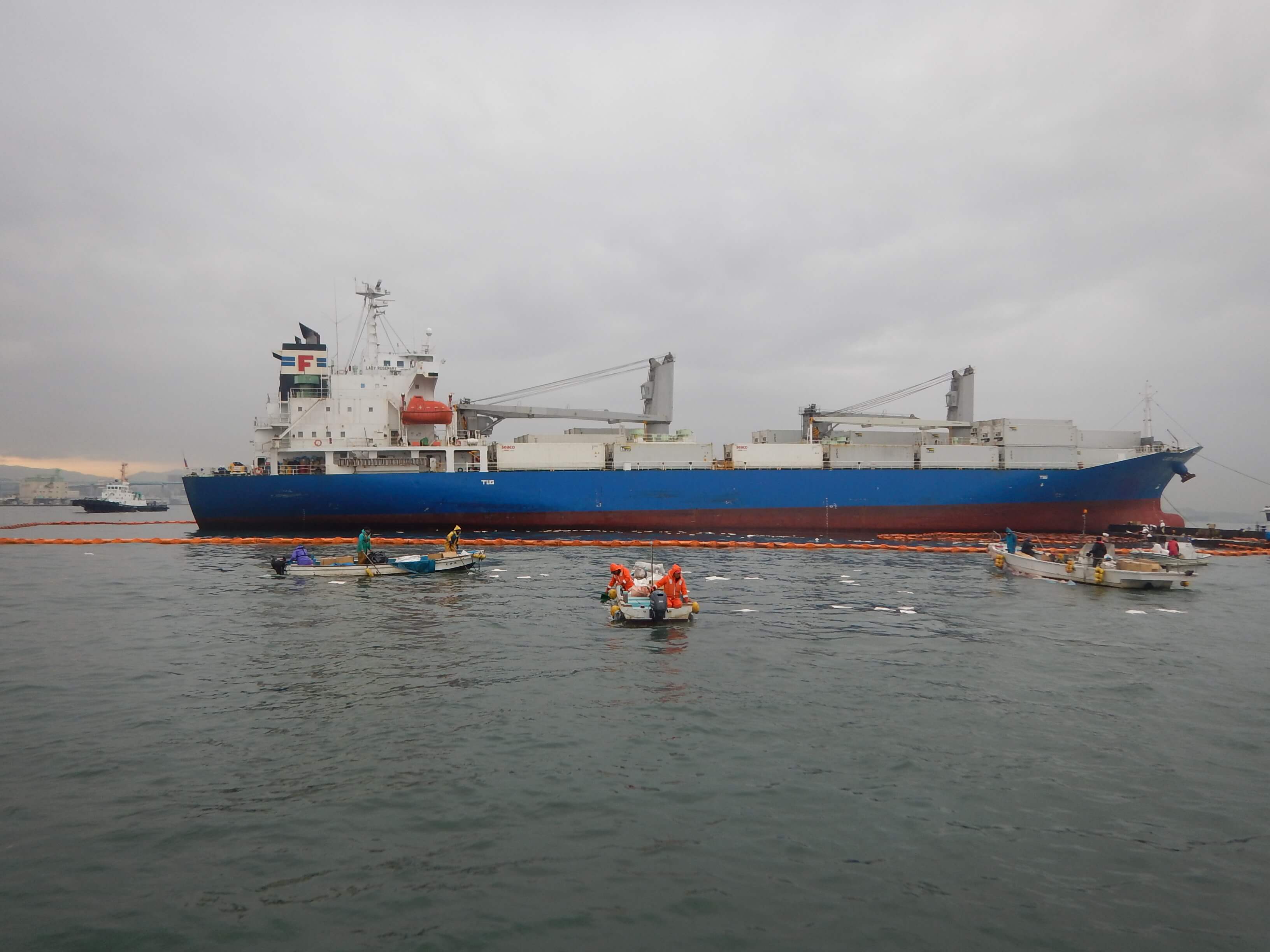 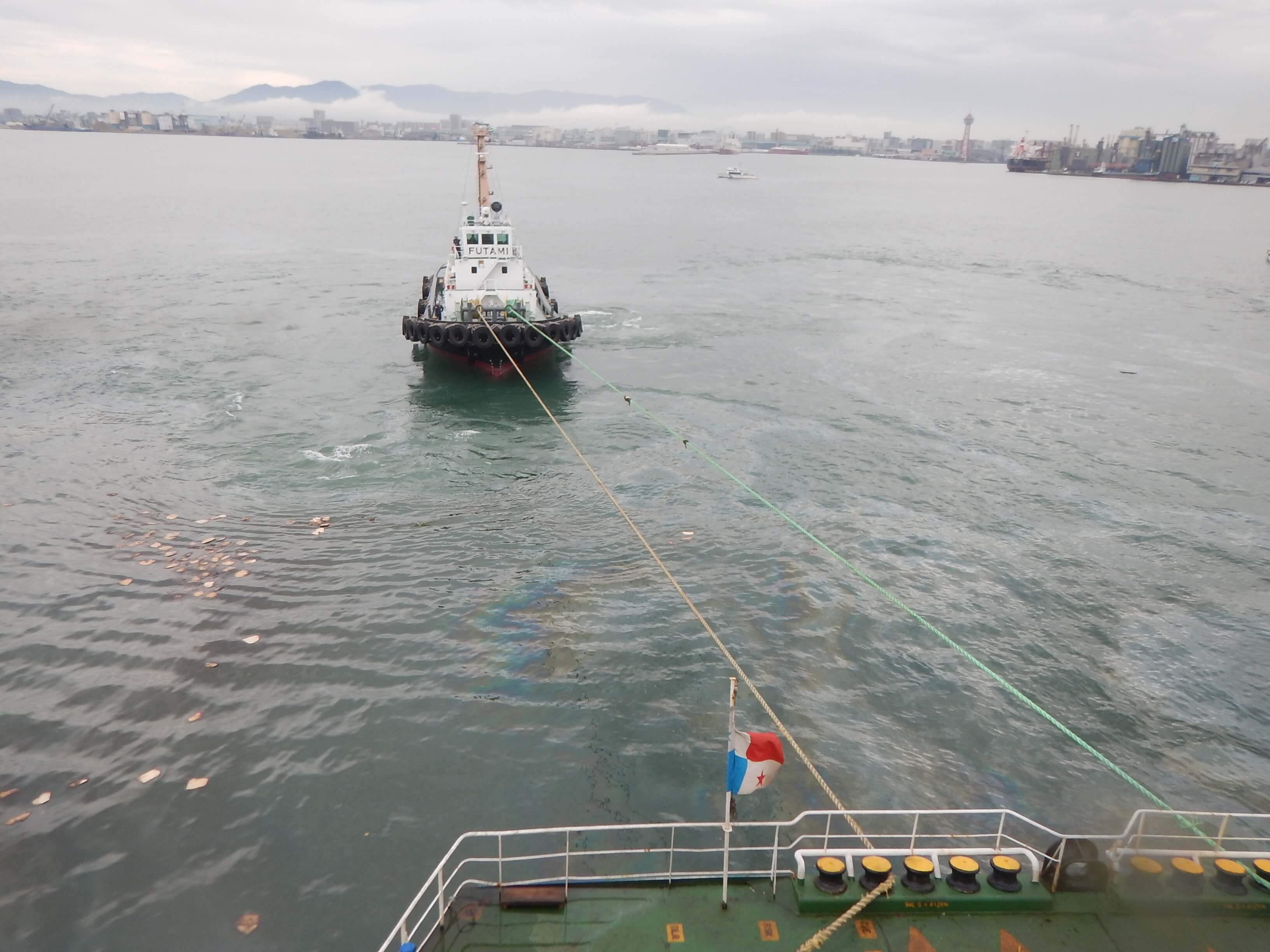 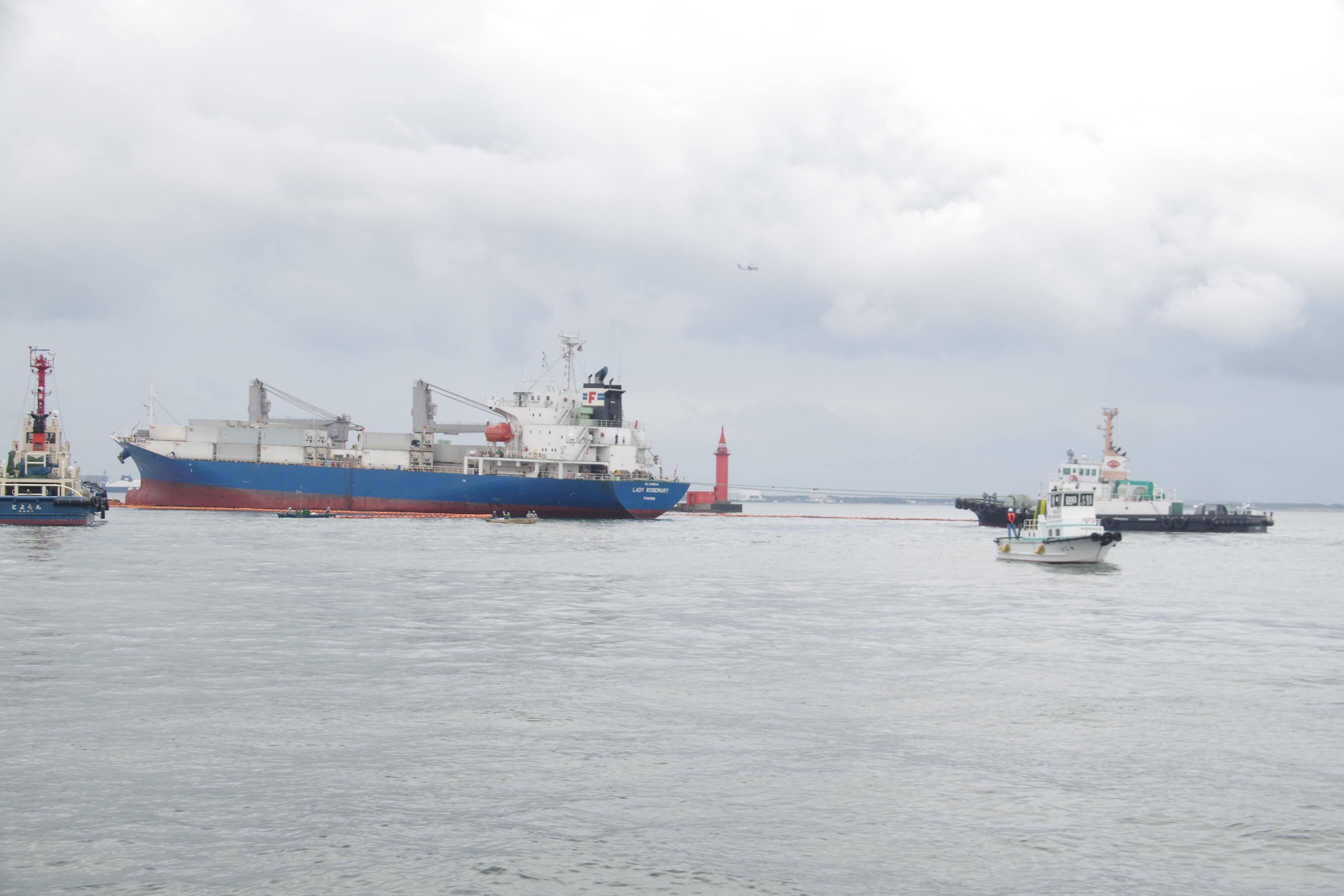