Firefighting efforts aboard the USS Bonhomme Richard continued into their fourth day on Wednesday as Federal Fire and Navy personnel pushed forward to combat a blaze near the bow.

Helicopter water drops continue, and MH-60 aircrews from Naval Base San Diego have made a total of 1,500 trips to deliver seawater onto the deck and superstructure, giving crews cover as they work to fight the fire inside the ship. 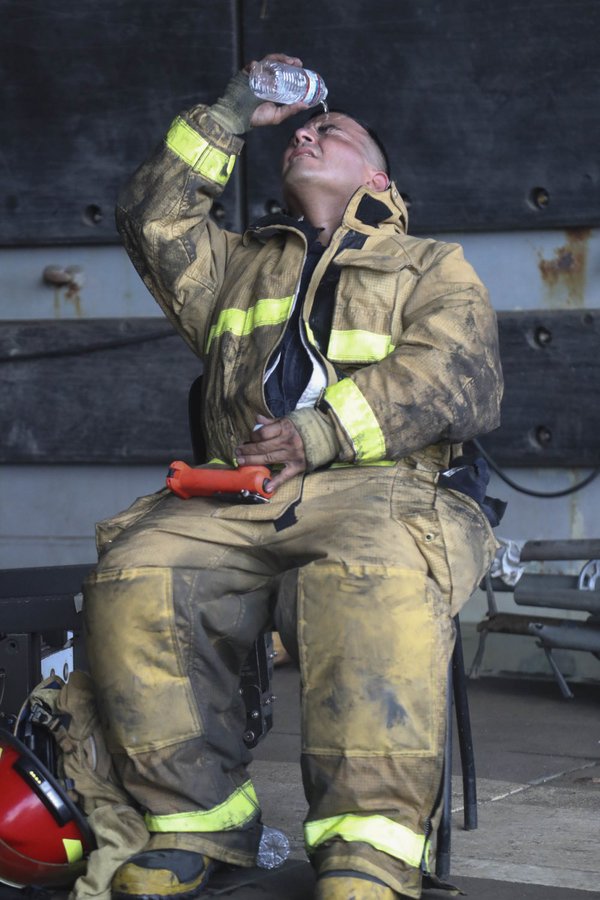 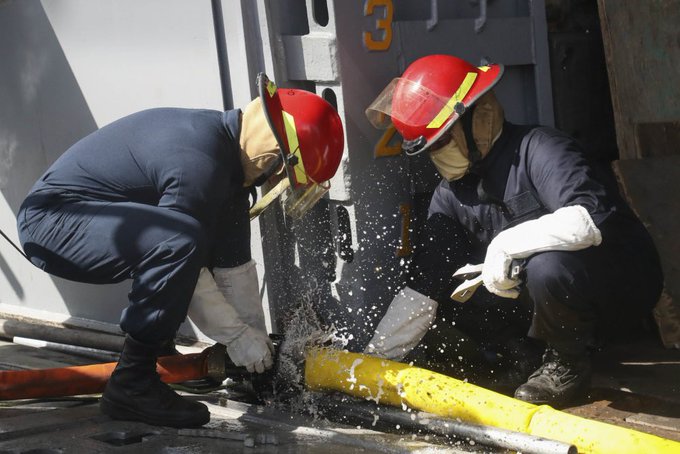 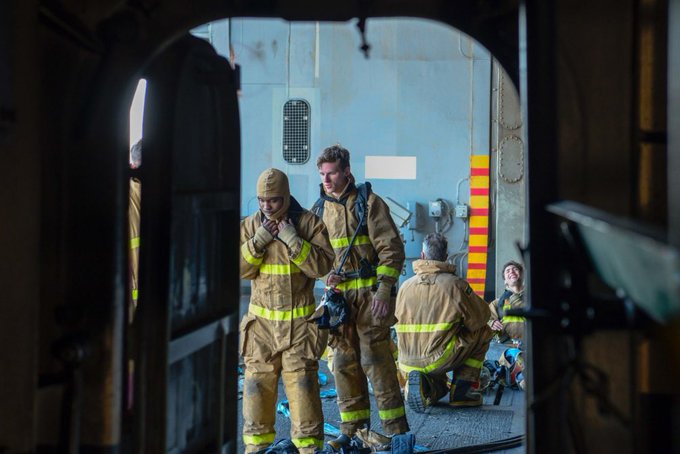 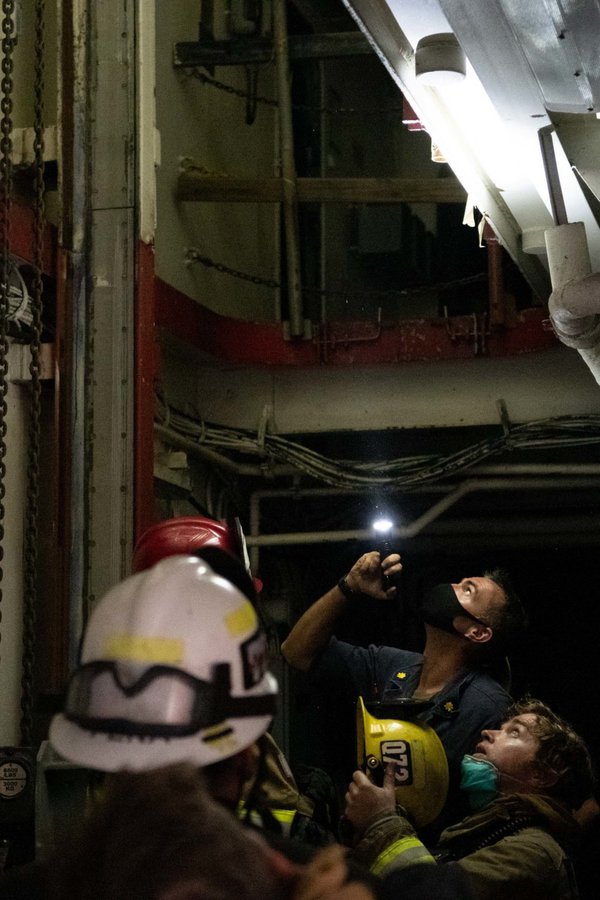 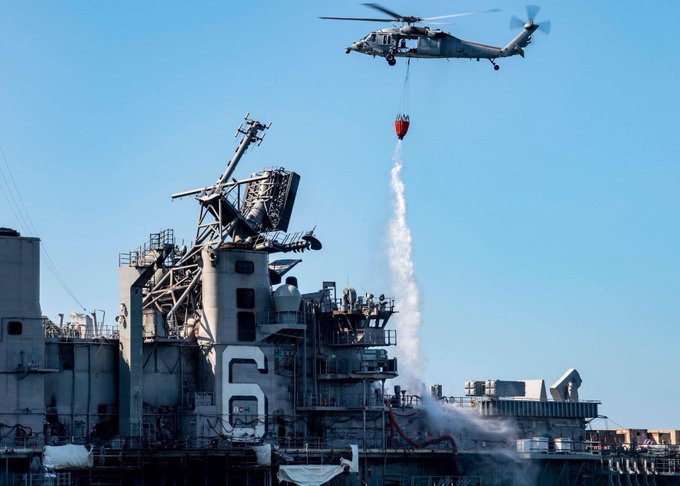 As of 0600 hours Wednesday, 63 personnel - including 40 sailors and 23 civilians - have been treated for minor injuries including heat exhaustion and smoke inhalation. None are currently hospitalized.

The Navy opted not to hold a press conference Wednesday to discuss new developments on board. In a statement, Pacific Fleet Naval Surface Forces said that it would provide further updates via social media as more information becomes available.

While the ship has suffered extensive damage, including the destruction of portions of her island, there is some good news: her main engineering spaces are intact, and there is little risk of her fuel catching fire, ESG 3 commander Rear Adm. Philip Sobeck said Tuesday.

The devastating extent of the fire has raised questions about the 22-year-old vessel's future and the cost-effectiveness of restoring her to serviceable condition. A replacement built to the more modern America-class amphib design would cost roughly $4 billion.