The American Association of Port Authorities is concerned that Congress’ ongoing tax reform plans could have a negative effect on financing for port infrastructure projects. At present, the "private activity bonds" (PABs) that states issue to raise private funds for certain types of infrastructure are exempt from federal taxes. The House version of the Republican tax reform package – which was approved by the full House this week – would eliminate this exemption, which currently covers about $20 billion in bond financing for local projects ranging from schools to wastewater systems to wharf improvements. The Senate version of the bill would eliminate the tax exemption for advance refunding of government bonds, which would impact the bonds’ beneficial savings.

AAPA said that the use of the bonds is on the rise as a way to move all kinds of local projects down the road, and the association called on Congress to expand the category and enhance its utility – in line with President Donald Trump's FY2018 budget proposal – rather than eliminate it altogether.

"Abruptly ending this incentive for private sector financing would further constrain available funding for certain infrastructure projects. It is therefore likely that many future projects would never be built or would cost significantly more," AAPA and a group of other infrastructure associations wrote. "Thus, the public would never fully enjoy the economic, quality of life and other benefits from these projects. Moreover, the absence of PABs could increase funding pressures on states, leading to the elimination or delay of all manner of planned projects, including those to be funded exclusively with public dollars."

AAPA provided several examples of the ways in which the elimination of PABs would hurt real-life port projects:

- Washington State’s Northwest Seaport Alliance estimates the cost of its Terminal 5 modernization project will cost $15 million to $50 million more if it had to use taxable bonds instead of PABs, based on a 30-year loan of $260 million for the project. A recent analysis indicated that the borrowing rate using PABs would be approximately 4.0%. Using taxable bonds could raise the rate to 4.3% to 4.9%. 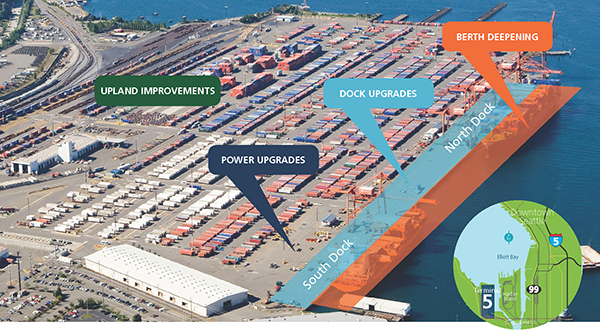 T-5 improvement plans. The Northwest Seaport Alliance says that the new Terminal 5 will have bigger cranes and deeper water to handle two 18,000 TEU ULCVs at a time. (Port of Seattle)

- At the Port of Port Arthur, Texas, most port-related bonds are tax-exempt PABs, including the port’s remaining bonding capacity. If the port were required to issue taxable bonds instead, its $60 million remaining authorization of bonds would carry an interest rate approximately one percent higher, resulting in $10 million to $12 million of additional interest expense until bond maturity.

The federal tax reform package would also eliminate the New Market Tax Credit, which helps economically distressed communities to attact capital by providing investors with a federal tax credit, and the Historic Tax Credit, which provides a similar incentive for the rehabilitation of historic buildings. As an example of these programs' utility for port authorities, the new $700 million Cliffs hot briquetted iron plant in Toledo, Ohio will soon be built on port-owned brownfield land, thanks in part to a $30 million incentive package that includes NMTC credits. The plant will make a key ingredient for steel “mini-mills,” and it is expected to attract these modern high-tech mills to the Toledo area, bringing back industrial jobs to a region that has shed manufacturing employment in recent decades. The Cliffs plant will also put waterfront land that has been vacant since the 1980s back to economic use. 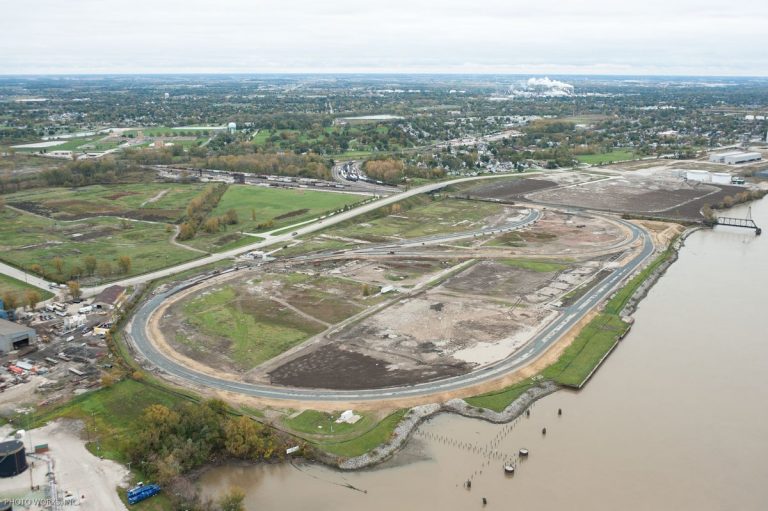 Correction: an earlier edition of this article indicated that the Senate version of the tax reform bill would eliminate PABs. This is incorrect, and only the House version contains that provision.