For the first time in decades, the U.S. Navy's 2nd Fleet is conducting an opposed sealift convoy exercise across the North Atlantic - an operation that has not been conducted against an enemy force since the Second World War.

The cruiser USS Vella Gulf is currently escorting the merchant vessels USNS Benavidez, MV Resolve and MV Patriot between Norfolk and Vlissingen. The convoy is carrying equipment required for a military exercise in Europe, much as it would in wartime. In advance of the transit, the carrier USS Dwight D. Eisenhower, her battle group escorts, P-8 Poseidon maritime patrol aircraft and one U.S. submarine cleared the battlespace of (some, but not all) simulated threats.

Sealift remains the military's main method of transporting equipment and supplies around the world. With the return to near-peer competition with Russia and with access to sea lanes no longer guaranteed, 2nd Fleet said that it is important that the Navy and Military Sealift Command train together in order to ensure force projection. If called upon, the Department of Defense's sealift transportation fleet expects to move about 90 percent of required assets from the U.S. to the theatre of conflict.

Convoy operations were critical during WWI and WWII as the primary method for moving troops, military equipment, supplies and material to Europe. After WWII, convoys became less prevalent in the Atlantic theater, although still practiced in other areas of operation. 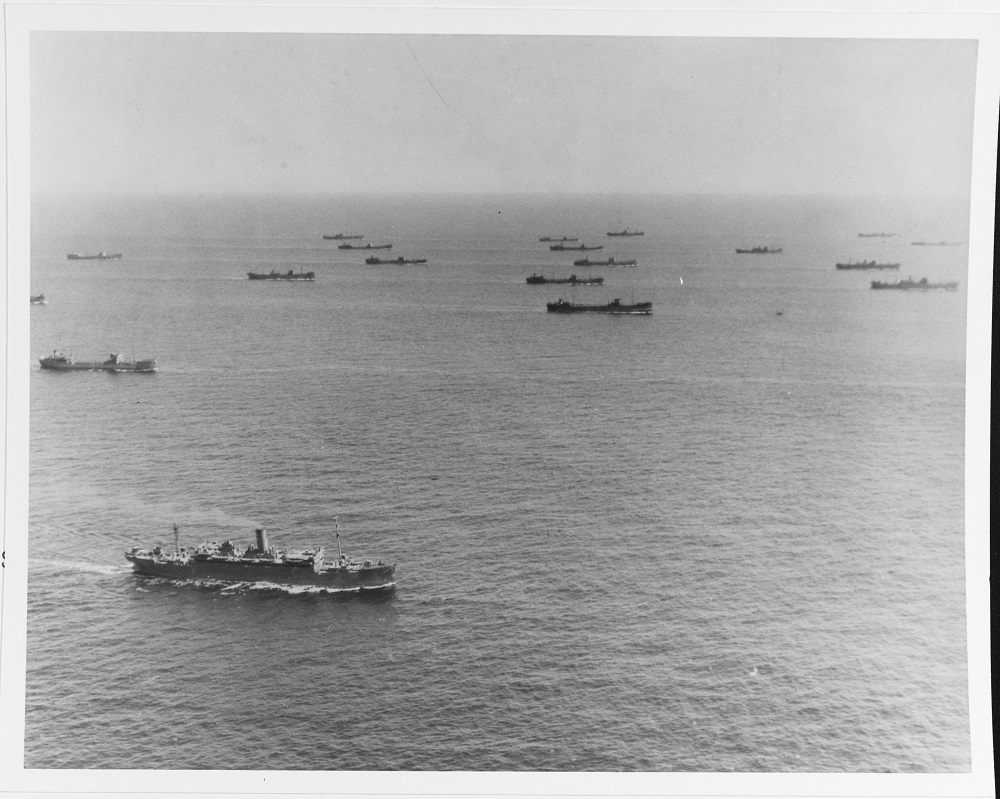 "In a real world conflict, much of the military equipment must still go by sealift, which makes convoy operations a critical skill set to maintain and practice," said Capt. Hans E. Lynch, commodore of Military Sealift Command Atlantic. "In the last five years, there has been an increased emphasis on including Merchant Marine shipping in large scale exercises to enhance tactical proficiency. Exercises that incorporate convoy operations are an extension of that ongoing tactical training."

"The Atlantic is a battlespace that cannot be ignored," said Vice Adm. Andrew Lewis, commander U.S. 2nd Fleet. "We need to be prepared to operate at the high end alongside our allies, partners and adversaries alike as soon as we're underway."

MSC operates about 110 sealift, auxiliary and miscellaneous support ships worldwide. Its sealift capacity has come under close scrutiny after a mass mobilization exercise last year, which revealed challenges in breaking vessels out of layup and getting them under way.